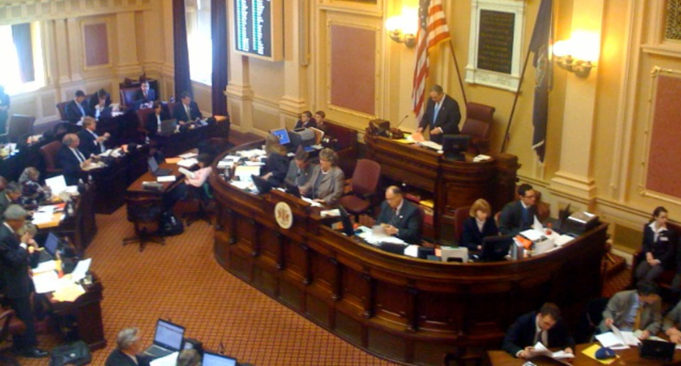 In the 33rd State Senate District, the Republican candidate selected in a mass meeting in Dulles on Sunday is former House of Delegates member Joe May who won the nomination over senior Apple developer Arash Ebrahimi by a three-vote, 36-33 margin. May will face Democratic nominee Delegate Jennifer Boysko (D-Fairfax) to replace Congresswoman-elect Jennifer Wexton in a Tuesday, January 8 special election.

Although many were in attendance, just 72 were reportedly registered to vote – only those that reside in the 33rd district. Furthermore, a voice vote struck down a provision of the nomination selection that would have prevented any candidate who has run against a Republican in the last 10 years from securing the nomination.

The 33rd State Senate District spans portions of Loudoun and Fairfax counties, including the cities of Sterling, Leesburg, and Herndon. 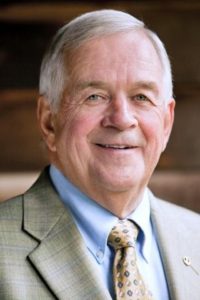 According to Bloomberg, May, a former U.S. Army Sergeant, founded Electronic Instrumentation and Technology, Inc. (EIT) in 1977 and serves as its chairman and chief technology officer. He holds over two dozen patents on applications ranging from octane ratings to measurement of ultraviolet light intensity, and has authored numerous technical papers and studies.

May has also written and presented sixteen biographies documenting the service and stories of young men from his home area who died in WWII. Originally from Broadway, Virginia, May served in the lower chamber of the state legislature for 20 years before his unsuccessful re-election bid, losing to Delegate Dave LaRock (R-Loudoun) in a primary. During his time as an elected official, May called himself a “moderate conservative” who worked with Democrats in the statehouse during his two decades in the General Assembly, and throughout his 50-year career in broader public service.

After securing the nomination Sunday night, May said on Facebook:

“If we are going to turn the tide on our highly polarized and divisive political climate, we need more independent-minded leaders to step forward who will put results before politics and strive to unite our community behind a shared vision for prosperity. I have spent my entire career in business and in service to my community and state solving problems without regard for political gain or consequence and look forward to bringing that approach to fighting for the hardworking families of the 33rd district.”