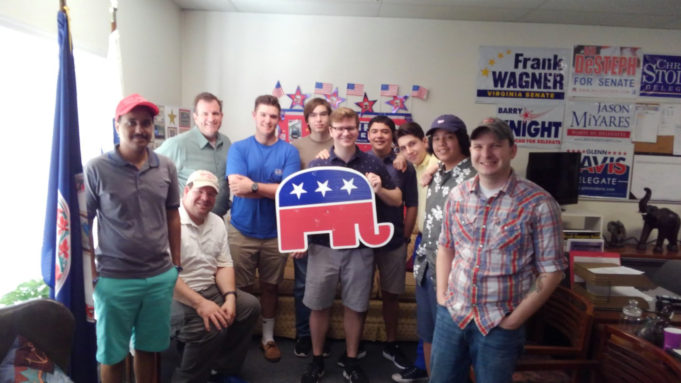 In the third major ground game push of the 2018 midterm election cycle, GOP volunteers stumped across the Commonwealth last Saturday as part of the their National Day of Action. Spurred on by the new developments within the Republican National Committee (RNC), fellow GOPers brought out friends and neighbors for training and recruiting new volunteers, building upon a state-of-the-art data-driven field operations plan for the November elections. 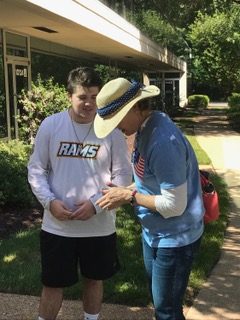 “We had a great statewide turnout with 8 trainings and 50 Republican Leadership Initiative fellows trained, building on the success of last month’s event,” said Garren Shipley, the RNC’s Virginia Communications Director. “Ongoing events like this are how we build out our ground game for November. We start by training a core of activists, who then have the tools to train others, who in turn train volunteers.”

According to many door-knocking volunteers, there was strong support for the Republican-led Tax Cuts and Jobs Act from voters across the state. The federal tax overhaul has allowed for solid growth, leading to the unemployment rate falling to an 18-year low, at 3.8 percent in May. Jobless rates are even lower in Virginia, dropping to 3.2 percent the same month. 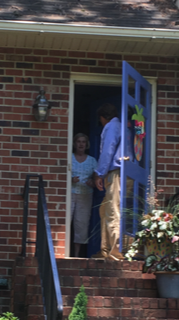 This colossal economic growth, according to Congressman Dave Brat (VA-7), is just the start, all due to Republican leadership in Congress. Brat explained that lower taxes have spurred hiring and capital investment, which keeps a “virtuous circle” of growth going.

Even top economists at the Federal Reserve Bank of Atlanta believe in the bright path down which the U.S. is travelling. “Don’t take my word for it,” Brat said. “[The Atlanta Fed has] growth at 4.8 percent. That’s through the roof.”

GOP volunteers were also knocking doors and training in the central part of the state, where the Republican nominee for Congress in the Fifth Congressional District also had a tale to tell about the Trump tax cuts. Denver Riggleman, who owns Silverback Distillery in Nelson County, is now able to save over $11,000 per month because of the tax cuts, which he says will allow him to expand his operations. 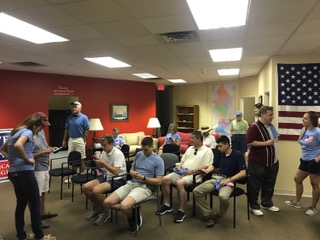 “When you look at the institutional and individual tax cuts, it’s allowed me to hire more employees and expand my business,” said Riggleman, the Fifth District Republican nominee

Although Democrats across the nation claim there is a “blue wave” coming in November, Republicans have a major breakwater in place. The GOP has historic fundraising numbers and major technological investments in data and field operations on their side. Party officials have stated that they plan to utilize $250 million in funding for ground operations in 2018 midterm cycle.

“We have people on the ground in more than two dozen states – 500 so far, more than we’ve ever had at this point in any cycle,” Shipley explained. “This year alone in Virginia we’ve put nearly 400 people through our intensive Republican Leadership Institute program.” 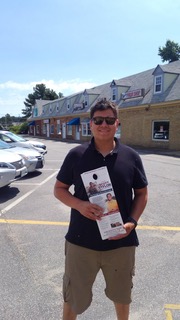 Graduates from the program create the nexus of neighborhood-based teams which get the word out on GOP candidates in districts across the state and throughout the country. As layers upon layers of volunteers are added, the RNC and party leadership in Virginia will have thousands of trained volunteers ready to knock doors in the neighborhoods in which they live.

Over the last six years, the national party has invested over $200 million in databases and campaign technology, which allows volunteers knocking doors to have up-to-date information about voting history in primaries and general elections, as well as household information. 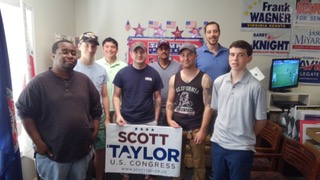 ] McDaniel has kept the ball rolling, and we’ve got the resources we need to win,” he added. “Republicans in Virginia know the stakes, and we’re energized like never before.”

With both political parties energized for November turnout, the balance of power in Congress will depend upon hard work and grassroots mobility to turnout voters. For Shipley and Republicans, “Nobody is going to out work us.”