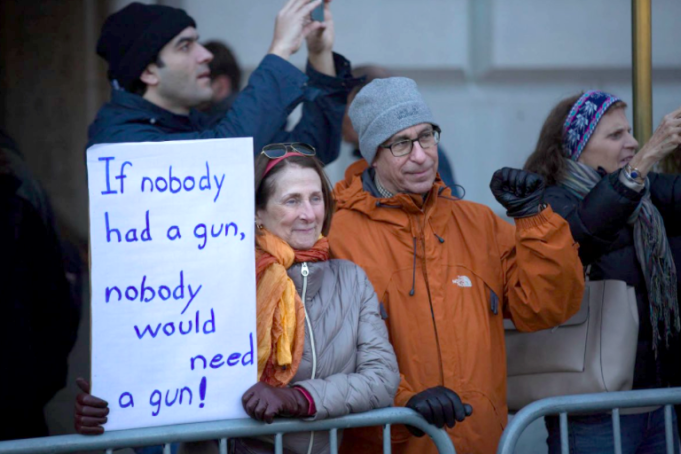 I’ve been debating Democrats over the last few days about murder.

But there’s only one kind of murder they seem to care about.

Blame everyone except the guy who actually did the shooting which left 4 people dead.

Then I would casually mention the murders in Toronto where someone killed two and a half times more people than the Waffle House shooter.

Democrats didn’t care.  I tried to convince them to care, but I failed repeatedly.  See, the Toronto killer used a van, not an AR-15.

I expected at least some consistency.

Who needs a vehicle that large?  No one needs to be driving a van anyway.  How many lives could’ve been saved if he was driving a Volkswagen?  Universal background checks before driving anything larger than a Kia.

If they did, I’d be at least impressed that they had some logical consistency.

If it saves just one life……

Nope.  They ditched that one too.

They’ll be talking for days and days about banning the AR-15 that killed 4 people and ignoring the criminal who ran down and killed 10 innocent people in Toronto.

Because it’s not about saving lives with Democrats.  It’s about a political agenda.

And, yes, Republicans are consistent.

In both instances, Republicans blame the person who committed the crime.

Not Democrats, who continue to see criminals as a future voting block once they get their voting rights restored since, in their eyes, society is more to blame for an individual’s actions than the individual anyway.  They fight to keep criminals out of prison.

They’d rather lock up a gun than lock up the people who kill with one.

But if killers use anything but a gun to cause mayhem, mischief and murder, they stay silent.

If they can’t say “ban the AR-15” or at least its euphemism “sensible gun laws,” they literally don’t know what to say.

If Democrats won’t say “ban the van,” ask them why not.  Ask them to say, “Vans don’t kill people.  People kill people.”

Smarter Democrats will see that you’ve checkmated them.  The rest will say something nonsensical with the words “Russia,” “collusion” and “Trump.”  You can smile either way.