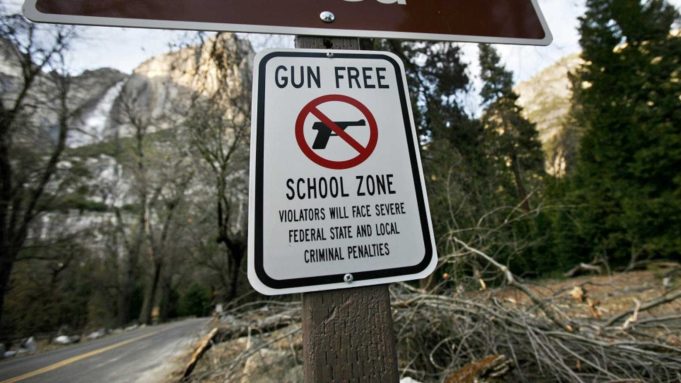 In Southwest Virginia, Lee County became the first locality in the Commonwealth to decide to let teachers in the county’s school division to carry firearms to protect students, following a unanimous vote from the Lee County School Board in late July. After the move made headlines, Governor Ralph Northam denounced the plan, saying that Virginia school districts should not be arming teachers, and instead should look into a plan sponsored by the state to help school districts with security issues.

Lee County School Board Chairman Michael Kidwell explained that school employees would seek circuit court approval to be deemed “conservators of the peace,” a designation the school system believes will exempt the employees from state law prohibiting firearms on school campuses. Nevertheless, officials from Lee County claim the approach has solid legal standing and do not expect any challenges from the courts.

Through a news release, Herring said: “Virginia law expressly limits who may possess firearms on school grounds for safety purposes, and the General Assembly declined to enact bills presented every year from 2013 through 2017 to extend this authority to school teachers and administrators.”

Herring wrote that Virginia’s laws limiting guns on school grounds extend to teachers and other staff members who do not fit into security and law enforcement roles defined by the General Assembly. As said before, Lee County was going to circumvent this point by having qualified teachers, administrators, and staff be deemed special conservators of the peace (SCOP), appointed by a circuit court.

“Prior to July 1, 2018, the order of appointment could provide that a SCOP ‘shall have all the powers, functions, duties, responsibilities and authority of any other conservator of the peace,'” Herring’s opinion states. However, that changed after the passage of H.B. 151 during the 2018 General Assembly session.

The bill replaces the powers that may be provided in the appointment of a SCOP, which currently may include all “powers, functions, duties, responsibilities, and authority of any other conservator of the peace, with only the duties for which the SCOP is qualified by training established by the Department of Criminal Justice Services [DCJS].” The legislation requires that “such duties shall be exercised only in the geographical limitations specified by the court.”

There are a few exceptions to this statute in the Virginia Code. The few are student educational programs, Junior Reserve Officers’ Training Corps (JROTC) programs, and hunter education safety courses.

Following the opinion, Lee County Superintendent Brian Austin said that district leaders are now discussing how to proceed and ensure the safety of their students. Previously, school boards leaders said they did not have the funds available to hire new school resource officers (SROs) which are a part of the governor’s plan.

It seems that if Lee County wishes to have teachers armed, it will take an act by the General Assembly to change the Virginia Code to allow SCOPs to be granted the authority to act in “law enforcement capacity” on school property.