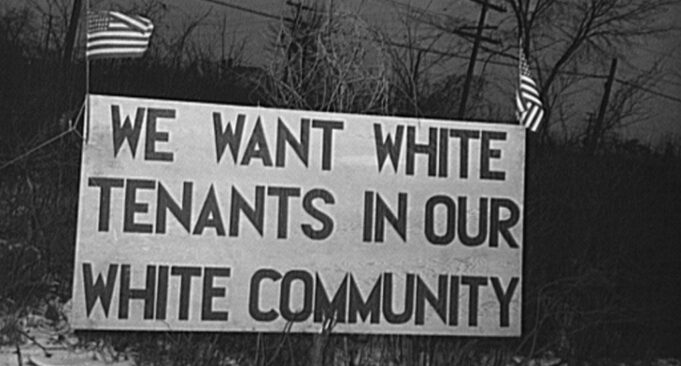 In my family, there are several shadows that hang like a cloud. Distant ones are memories of anti-Irish sentiment, whether it was “No Irish Need Apply” or reminders of “No Dogs, No Blacks, No Irish” said drunkenly in a D.C. bar in the general direction of friends.

One could just as easily point to anti-Catholicism in the wake of Justice Amy Coney Barrett’s nomination and confirmation to the U.S. Supreme Court. Or having folks point out my Lebanese heritage from my mother’s side from self-tolerant Democrats in Fluvanna — one of whom was a member of the school board, no less.

It is no secret in conservative circles that cancel culture is a real and vivid thing among our Democratic-controlled institutions. Indeed, the political left in this country runs the vast majority of them — media, entertainment, education, colleges and universities, local and state bureaucracies, labor and teachers unions, medicine, and so forth.

Even traditionally reactionary institutions are besieged: law enforcement, first responders, military institutions and the church. Cancel culture — the systemic bias of our institutions — and the ossification of the left is something conservatives rail against almost daily.

Therefore it strikes me as not-at-all surprising that Democratic-controlled institutions struggle mightily with systemic racism, from the Byrd Machine era to the present day.

With this in mind, Kenya Hunter with the Richmond Times-Dispatch reports on a new joint study from Virginia Commonwealth University and Pennsylvania State University suggesting that segregation is more of a problem today in our public schools than at any other time since the de-segregation era of the 1960s and 1970s:

According to the report, the overall student body in Virginia is mostly made up of students of color, at 51.6%. But within school districts, different things drive segregation. The study said past and present discrimination have contributed to racial segregation and noted that poverty is increasing across the state.

Rezoning has been a contentious process whenever it has played out in the Richmond area. In Richmond Public Schools, a process to racially integrate schools known as pairing was killed during the rezoning process. In Henrico County, a similar rezoning process is occurring, where School Board member Marcie Shea in the Tuckahoe District hopes to make changes to socioeconomic diversity by changing feeder schools to Quioccasin Middle School.

From the VCU press release:

I don’t know about you, but that is absolutely intolerable.

Now allow me to be just radically Catholic for 30 seconds (and bear with me on this).

James 2:9 is very clear when it comes to the sin of partiality. Systemic bias — whether it is systemic racism, cancel culture, or any other sort of consideration that creates impartiality — is a sin in the eyes of God, man, and society and is never to be tolerated, condoned, accepted or tolerated. Are human beings partial by nature? We are certainly taught to be by a partial world. But for those of us who believe in the Christian tradition? We are called to walk not by sight, but by faith. (2 Cor 5:7)

So there is the problem in a nutshell. Or at least, the conundrum.

The problem, unfortunately with the VCU/Penn State study, is with the solution.

One should not gloss over the fact that the study is predicated on a 2017 study performed by the left-leaning think tank The Commonwealth Institute and the Soros-funded Center for American Progress.

Into the hypotheses of these two (clearly biased) organizations, the VCU/Penn State study crammed their facts. What did they discover? Here’s a summary from VCU:

What did they explicitly not find? Accord to the Commonwealth Institute’s 2017 findings, the solutions cannot — must never — allow parents to choose which schools their children should go to under any conditions whatsoever.

That’s right. School choice is sine qua non off the table because… well, we feel like it:

In contrast, state and local leaders should be skeptical of solutions that seek to redirect funds for public education to private schools through private school vouchers or educational savings accounts. There is little evidence that private school vouchers improve student achievement, with a large portion of the most rigorous studies finding no statistically significant effect for participating students and a recent study finding negative impacts.

Study referred to? None.

In fact, just this year where school choice was on the ballot? Americans overwhelmingly supported the right to allow tax dollars to follow the educational needs of students as determined by parents — not bureaucrats.

School choice isn’t scary either. In fact, it works just about everywhere it is tried and unlike public education, does not harm educational outcomes or opportunities.

The National Conference of State Legislatures (NCSL) continues to point towards the benefits of school choice in the wake of systemic bias and systemic racism within our many institutions while providing accountability and universal testing frameworks (such as Virginia’s Standards of Learning) to ensure our investment in our children’s futures are paying dividends on their behalf.

One will immediately note in the VCU/Penn State study that none of their solutions really address the problem of systemic racism in Virginia’s public schools. Much of what they recommend — overseers, more bureaucrats, more certifications, more data, more studies — only creates a bureaucracy around the problem rather than seeking to eradicate the problem of partiality and racism.

That is no solution for our children. Which indicates that we are merely creating a cottage industry around an injustice — an utterly despicable recommendation.

More to the point, that the very notion of dismantling these racist institutions by offering parents the latitude to choose the best education for their children is more of that same soft, paternalistic condescension Democrats have perfected from Jim Crow to the Byrd Machine to the present day.

Conservatives should be eager to point towards the systemic bias and racism in Democratic-possessed institutions. Cancel culture and systemic bias — whether it is aimed at conservative intellectuals or minority children — deserves our total and maximum contempt aimed directly at those seeking to profit from and exist off of the suffering of others.

The best solution for ending segregation in Virginia? School choice, economic opportunity, and an education worthy of the name that teaches children how to create rather than participate in a grift.

The party of slavery, Jim Crow, segregation, welfare, Massive Resistance and abortion isn’t going to solve the problem. Virginia Republicans should stand in the vanguard with moral solutions placing trust back in the hands of parents — not bureaucratic overseers.

Shaun Kenney is the editor of The Republican Standard, former chairman of the Board of Supervisors for Fluvanna County, and a former executive director of the Republican Party of Virginia.