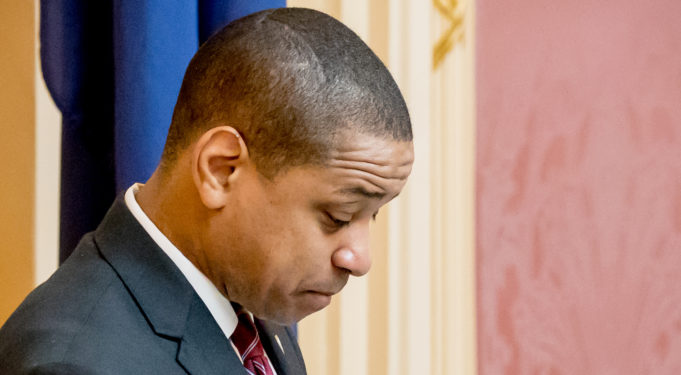 Interviews conducted by CBS “This Morning” with Dr. Vanessa Tyson and Meredith Wilson are set to air Monday and Tuesday as they speak out about the sexual assault and rape allegations they have levied against Virginia Lieutenant Governor Justin Fairfax (D). Though, the second-in-command of the Commonwealth’s Democrat-led executive branch is countering the claims by taking two polygraph tests to back his continued assertions of innocence.

Fairfax is alleged to have sexually assaulted Dr. Tyson in a hotel room at the 2004 Democratic National Committee conference in Boston, Massachusetts. She came forward with her account of the incident in very graphic detail, which was reported by the New York Times.

In 2000, while Fairfax was a senior at Duke University, Wilson, a junior at the time, claims that Fairfax raped her in a “premeditated and aggressive” fashion.

When news of the first allegation surfaced, the lieutenant governor called it “false and unsubstantiated” and a “totally fabricated story.” Although he reiterated to national reporters covering the story “how important it is for us to listen to women,” an NBC News correspondent caught Fairfax saying “f*** that b****” as he tried to discredit Dr. Tyson.

Fairfax has ignored calls for his resignation from nearly every member of Virginia’s Democratic Party, and has adamantly expressed that he is innocent. He has also called for an FBI investigation into the matter, even though, as a former U.S. attorney for the Eastern District of Virginia, he knows that the federal agency has no jurisdiction over the situation.

Both women have expressed their willingness to testify in front of the Virginia General Assembly.

In an interview released yesterday with Gayle King, Dr. Tyson said tearfully, “In my ideal world, I’d want him to resign. The Virginia people need to know who it is that they elected. They need to know.”

A statement explains that after Fairfax denied engaging in non-consensual sexual activity with both women, “the polygraph examination showed that this was a truthful answer.” The same was reportedly said regarding Fairfax’s denials of more specific parts of each woman’s allegations.

“From the moment that Dr. Vanessa Tyson and then Ms. Meredith Watson first made accusations that Lt. Governor Fairfax had committed sexual assault decades ago, Lt. Governor Fairfax has been steadfast in saying that the allegations are extraordinarily serious, deserve to be heard, and should be investigated and taken seriously,” representatives for Fairfax said in a statement on Sunday.

“Lt. Governor Fairfax has also been steadfast from the start in saying that a serious, fair, and impartial investigation and examination of the facts would demonstrate that these allegations are false and that he engaged in no wrongdoing whatsoever,” they added.

“A meaningful, professional factual investigation,” Pollack explained, “would exonerate the Lt. Governor and clear his well-earned good name and reputation.”

Polygraph tests are not admissible in court, but are used very rarely in some instances in criminal cases when both parties agree. The American Psychological Association states that “there is little evidence that polygraph tests can accurately detect lies,” but assess only “autonomic arousal” when questions are asked.

Republicans in the Virginia legislature have said they will hold public hearings on the allegations this year, but have not yet chosen a date. House Democrats obstructed efforts to investigate the allegations nearing the end of the 2019 legislative session, but the GOP majority is working towards a bipartisan plan that will ensure justice is adhered to, giving the two accusers an opportunity to air out their claims under oath.