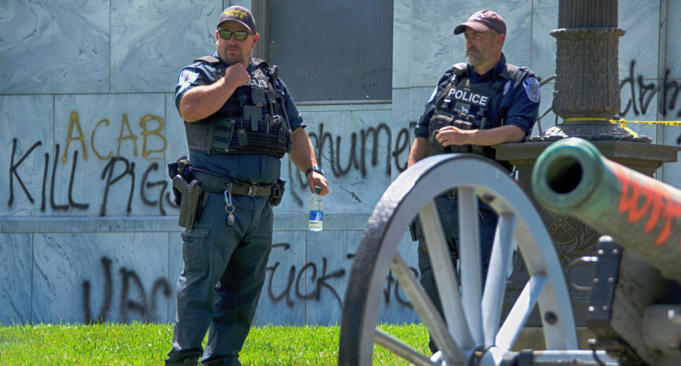 “clean up the sleaze and return our city to a place for all its citizens.”

I hope that the letter “R“ in Richmond Does not stand for “R- rated”! As a mother of young children, I have become increasingly concerned about the profanity displayed around our beautiful city. Vulgarity and obscenities extend beyond statues reaching traffic signs, store fronts and even private property.

Our children under 17 are not allowed to view films with a similar amount of indecency. Four-letter words that are universally unacceptable mar our city.

Richmond Mayor Levar Stoney fails to protect and serve the City’s youngest citizens and its future by preserving “rated R” content.  It appears that he intentionally desires to desensitize our children.

Like many parents of school aged children, I find myself making impracticable detours to safeguard their eyes from the onslaught of crude and filthy language.

As a Richmond mother, I challenge Mayor Stoney, to use our taxpayer dollars to clean up the sleaze and return our city to a place for all its citizens.

Karen Campbell lives in the City of Richmond.