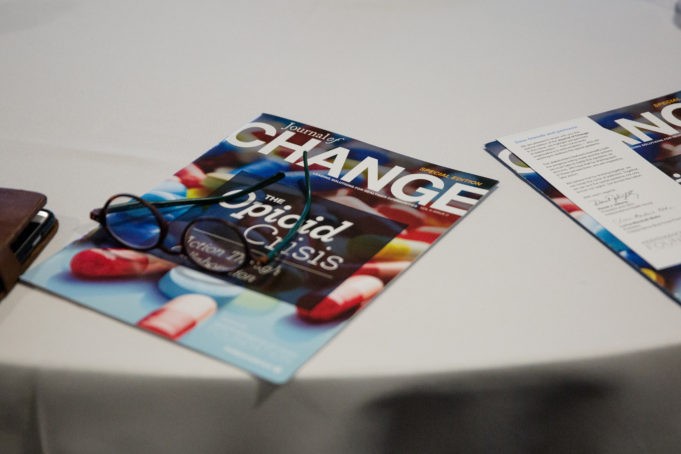 In 2017, the U.S. Centers for Disease Control and Prevention (CDC) indicated in a study examining opioid prescriptions throughout the U.S. that in Southwest Virginia, patients in the City of Martinsville are prescribed more opioids than anywhere else in the country. In fact, doctors and clinicians in the area, which is home to just under 14,000 residents, prescribed almost 4,090 morphine milligram equivalents per person, with the national average being 640 milligram equivalents per person.

The CDC report found that while prescribing fell nationwide from 2010 to 2015, places that prescribed the most opioids were still authorizing drugs at rates six times higher than the lowest tier of communities. As health officials try to tackle a national epidemic that has greatly affected areas of the Commonwealth, particularly those in rural areas, a new research project led by Virginia Tech will involve community leaders has started to analyze the problems in Martinsville and neighboring Henry County and act to solve the debilitating issue.

According to a report from the Martinsville Bulletin, data from the Virginia Department of Health (VDH) shows that in October of this year, Henry County and Martinsville combined had a rate of 26.4 people per 100,000 in emergency department visits for unintentional overdoses by opioid of unspecified substances. The only localities with higher rates were Greensville County (29.5); Roanoke County and the cities of Roanoke and Salem combined (28.7); and King George County (26.6).

Virginia Tech was awarded $99,705 in federal funding to conduct a two-year research project to help address the opioid crisis in Martinsville and the surrounding areas in the southwestern portion of the Commonwealth.

Some of that money will help fund the project that will feature discussion groups through a series of meetings delving into the opioid issue, building models that explore potential causes of the epidemic to research the best forms of interventions and policy approaches. Dawn Moser, project coordinator for community-based research team Engaging Martinsville, explained that “[t]he first phase will include key leaders in the community who are directly involved with opioids to attend the meeting and talk with the research team.”

The project team plans to identity topic group “stakeholders” with “experience and knowledge of the opioid issue,” said Carlin Rafie, an assistant professor in Virginia Tech’s Department of Human Nutrition, Foods, and Exercise, who is also one of the principal investigators for the project. The team added that the aforementioned positions could involve people who have used or are addicted to opioids, medical and health professionals, counselors, law enforcement officers, social workers, family members, or others passionate about helping find a solution to the opioid epidemic.