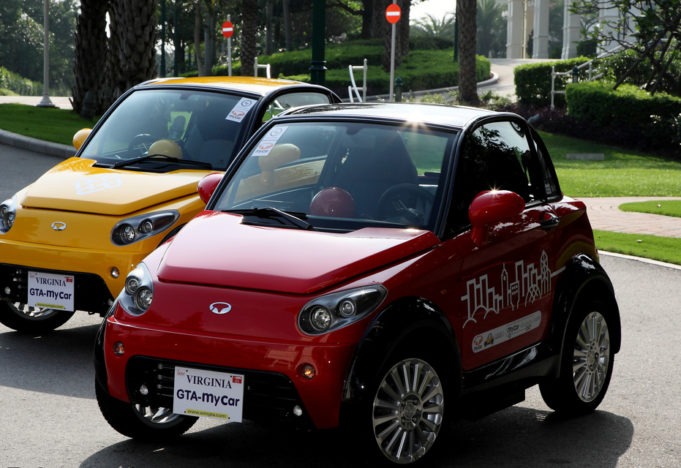 GreenTech Automotive, the electric car company founded by former Virginia Governor Terry McAuliffe filed for Chapter 11 bankruptcy this week. However, instead of blaming business ineptness, the company now pushes the cause of the failure on negative news coverage by conservative websites.

In the bankruptcy petition from GreenTech, 76 separate news articles from Watchdog were cited that were claimed to have, “negatively affected governmental, investor and public perception,” of the company. In light of the news from the non-profit organization run by the Franklin Center for Government & Public Integrity, investigations were prompted by the Securities and Exchange Commission (SEC) and Department of Homeland Security (DHS).

GreenTech sued Watchdog in 2013 after the articles exposed the company’s dealings. However, the $85 million judgement was dismissed one year later.

In his dismissal, U.S. district Court Judge Michael Mills wrote, “The articles were aimed at McAuliffe and his bid to become Governor of Virginia, and McAuliffe sustained the ‘brunt of the harm’ of the published articles while GreenTech allegedly suffered from the residuary effects of the articles.”

“The subject and ‘intended harm’ of the articles at issue in this dispute was McAuliffe – not GreenTech or Mississippi,” Mills wrote.

McAuliffe resigned as CEO of the electric car company in late 2012 just before his gubernatorial campaign. Since then, he claims he has had no part in company proceedings, but campaigned on a pitch of being a, “deal-making, forward-thinking entrepreneur,” regarding running GreenTech.

Last year, GreenTech closed its Mississippi-based production plant followed by a series of lawsuits from company investors. In a report from the Richmond Times-Dispatch, the investors have called GreenTech a, “‘scam perpetrated by savvy and politically connected operatives and businessmen’ to exploit Chinese investors hoping to come to America.”

GreenTech raised $141.5 million from investors between 2009 and 2013. According to the Watchdog article, becoming an investor with GreenTech had benefits that were hidden from the public. “The program allows foreign nationals seeking residency in the U.S. to obtain an EB-5 visa by investing at least $500,000 in a U.S. company that employs at least 10 American workers.”

Recently, Senator Chuck Grassley (R-Iowa) has been a leading critic of the EB-5 program, claiming there is evidence that it has been subject to fraud and used by foreign intelligence agencies as a means to infiltrate the U.S.

The company’s bankruptcy filing says that all the investors were advised the investment constituted a financial risk and, “there were no assurances that the investors would ultimately receive permanent residency in the U.S.”

Approximately $4.8 million is owed to the State of Mississippi and Tunica County, where the production was located. GreenTech was offered tax and other economic development incentives to build its facilities by the localities.