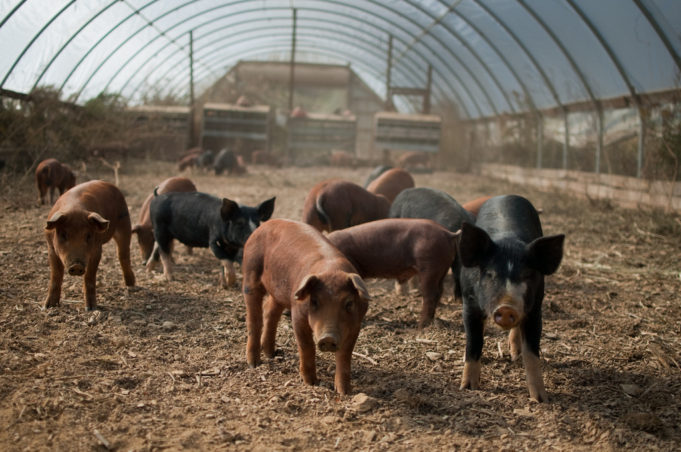 President Donald Trump announced last week that he would be imposing tariffs on foreign steel, at 25 percent, and aluminum, and 10 percent, from the nations of the European Union, and the North American Free Trade Agreement (NAFTA) partners Canada and Mexico. Following this, Mexico has said that it will impose up to a 20 percent retaliatory tariff on unprocessed U.S. pork, a move that will hurt Virginia’s agricultural industry.

In 2017, Virginia exported nearly $70 million of pork products to Mexico. According to the National Pork Producers Council (NPPC), roughly one quarter of the U.S. pork exports, based on value, go to Mexico every year. The Mexican tariff on U.S. pork comes after China also slapped a 25 percent tariff on hog products earlier this year.

Including the smallest family farms, there are over 1,200 hog farms in Virginia, adding to the agribusiness that is Virginia’s top private industry. Considering many of the tariffs levied on the U.S. in the past few months are focused on the agriculture industry, Virginians are now unable to compete in the international market.

“A 20 percent tariff eliminates our ability to compete effectively in Mexico. This is devastating to my family and pork producing families across the United States,” said NPPC President Jim Heimerl, who is a pork producer from Johnstown, Ohio.

According to a report from the Daily Press, there are two types of pig industries in Virginia. In the first, farmers with large facilities are given contracts to grow pigs, with some having sows to produce pigs, primarily for Smithfield Foods, which was bought out by the China-based WH Group in 2013.

The second is the small generational farm niche market that sells locally, including to farmers markets and to other area families.

According to the U.S. Department of Agriculture’s 2012 Census of Agriculture, Hampton Roads has five percent of the hog farms in the state, but 30 percent, in volume, of farm pigs and hogs in Virginia.

Although the tariffs make it so that Virginia pork prices could decrease, which is a good thing for domestic consumers, it means that pork producers cannot compete as well in the international market, especially with NAFTA partner Mexico. While a majority of the brunt will be shared by large wholesalers, small farmers and producers will hurt economically.

Tom Hall, associate professor of economics and finance at Christopher Newport University, says that reduced profitability for pork manufacturers means that if lower-priced pork makes it into stores, that can make it harder for the small “mom-and-pop” businesses to compete over the short term.

“It’s not going to be catastrophic, but it is going to affect things marginally,” Hall said. “In the end, it creates a level of uncertainty for investors, and there’s a diplomatic cost.”

Due to this, Mexico’s pork consumers are likely to forgo American pork for its tariff-laden prices and buy from Brazil or European countries.