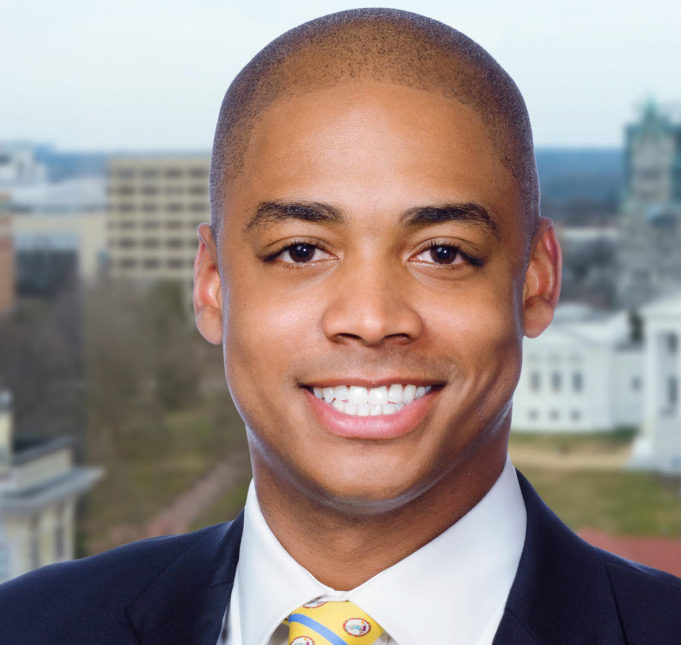 Garrison Coward has officially launched his campaign for the 68th district in the Virginia House of Delegates, promising an “energetic, results-oriented, community-driven platform.” The millennial Republican is advocating new ideas for pro-growth business, higher education, and criminal justice reform.

“Virginia is in need of a suburban and urban agenda that is focused on new ideas, centered around economic mobility, pro-growth policies for businesses, a quality 21st Century education system for all, criminal justice reform, and technological advancements,” the Henrico County native said in a statement.

“I am running because I feel that in today’s political climate we need to be able to come to the table with ideas and solutions to the challenges we face,” Coward added. “In order for us to meet these challenges, we must not focus on the personalities of politicians, but instead focus on sound public policy solutions to issues such as education, safety, transportation, healthcare, childcare, the environment.”

Currently, Coward is the chief operating officer of Henrico-based data analytics firm BizCents. He is extensively involved in his community, active on several community boards including the Executive Committee of the Southside Community Housing and Development Corporation and the Greater Richmond YMCA Millennial Committee.

The Republican hopeful is also the executive director of the Conservative Professionals Network of Virginia, which aims to engage a new generation of center-right thinkers on public policy matters.

In the past, he was a political advisor to Congressman Rob Wittman (VA-1), also serving as political director and deputy director of minority engagement for the Republican Party of Virginia. During the 2016 presidential election cycle, Coward was elected as a delegate to the Republican National Convention from Virginia’s 7th Congressional District.

If elected, Coward states that he will ensure competitive pay for Virginia’s teachers, work to remove politics from schools, and focus on the education of the Commonwealth’s next generation.

“Children deserve the right to a quality education regardless of their zip code, period,” he stated.

Coward explained that he would sponsor legislation to empower parents via additional options for their children’s education like public charters, and allowing students to explore career fields in middle school to pique career interest earlier in order to prepare for future career and educational choices.

To promote safety within the 68th House District and statewide, the Republican candidate says on his campaign website that law enforcement officers must be given the resources they need to subvert street crime. To make the communities of Henrico, Richmond, and Chesterfield safer, “a meaningful community dialogue surrounding criminal justice reform” must begin, which will be the groundwork to policies that both protect first responders and ensure the safety of all.

Furthermore, by addressing road safety, Coward will work tirelessly in the statehouse to make sure that resources are being used appropriately to help maintain roads, sidewalks, and other public foundations – especially in areas like Midlothian, the Fan and Monument district, and the West End of Richmond, where tragedies have been caused due to languishing infrastructure.

As a pro-business growth candidate, Coward relays that the Commonwealth must incentivize businesses to “come, stay, and grow within our communities,” adding that the Richmond metropolitan area is home to thousands and thousands of small and medium-sized businesses that are the backbone of the local, state, and national economy.

As healthcare becomes a major topic in the Virginia General Assembly, Coward remarks that “Virginia should focus on providing better and more affordable healthcare for everyone.” As a delegate, he would make it easier for doctors and patients to be in control of their own healthcare decisions based on their needs, budgets, and wants.

This would include examining prescription drug pricing policies, helping Virginians with pre-existing conditions obtain and maintain coverage, allowing young people to stay on their parent’s plans, providing more access to proper healthcare through new technologies such as telemedicine, and advocating for more recovery programs and the funding thereof to stave off the Commonwealth’s dire situation surrounding addiction to opiates and other drugs.

When it comes to government accountability, Coward fervently believes “Virginia should be run like a business” to serve the citizenry best. “Voters should be seen as the board of directors and politicians our employees,” he said, adding that lawmakers should be held accountable “and to the same standards as everyone else.”

“Virginia has a bright future. It must be built on optimism – and we must build it together,” Coward conveys. “Now is the time for our generation to stand up, stand firm, and stand for a Commonwealth that lights the way forward.”