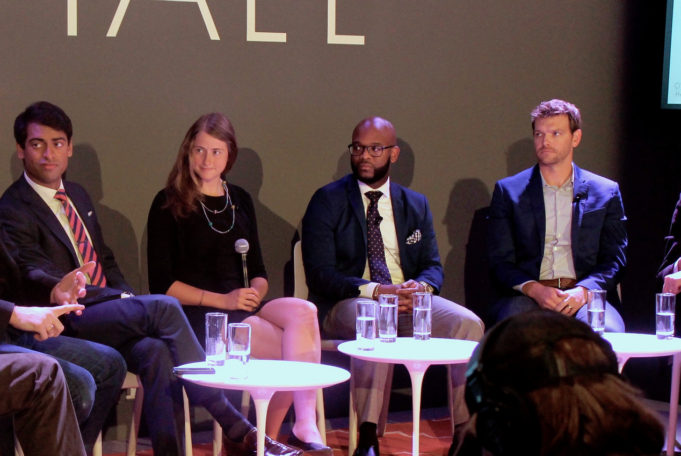 America’s voting demographic is changing rapidly. Of course, this is not revelation; things like this occur as new generations are given the right to vote when they turn 18. Though, as the electorate becomes younger, the issues that have directed the majority of the political landscape of America will be influenced by issues that effect millennials and younger voters. According to a report from the Pew Reserch Center, for the first time ever, during the 2016 election cycle, Millennials and Gen Xers outnumbered Baby Boomers and older voters at the ballot box. Younger voters out-voted their age-advanced counterparts 69.6 million to 67.9 million.

Due to this fact, it is becoming more common that millennials are beginning to file for candidacy and run for office. Moreover, special political organizations are being founded to help the cause of millennials in office, as well as issues with which millennials voters are concerned.

On Wednesday, Steven Oilkara, founder and president of the Millennial Action Project (MAP), spoke at the Virginia General Assembly to announce the formation of the Virginia Future Caucus (VFC). The bipartisan caucus will be comprised of lawmakers under the age of 45, including all millennials elected to the General Assembly this past year. Out of the 19 freshman delegates that matriculated for the 2018 session, 14 of them are under the age of 45.

At the announcement, officials from the VFC stated the main goal of the group will be to tackle issues facing people between 18 to 45 years old. As stated on the MAP website, some of the issues at the core of their mission are to promote and bolster, “entrepreneurship, technology, 21st century skills training, veterans’ employment, immigration, and volunteerism,” in legislatures across the country and at the federal level.

41-year-old Delegate Chris Peace (R-Hanover), who was named co-chair of the VFC, said, “51-49 and all of these delegates here, I really think that we can establish our ground and provide some real leadership on policies that will benefit the people in the millennial generation.”

According to a report from the Richmond Times-Dispatch, Delegate Sam Rasoul (D-Roanoke), 36, claimed the caucus will “have a good time” relating to others in the age democgrpahic through social functions. He explained there needs to be further discussion among his millennial cohorts on how to combat issues like the rising cost of higher education and student loan reform.

“It’s really about bonding,” Rasoul said. “That’s where we’re really able to see past the tribalism,” he added.

Currently, the top priority issues regarding millennials in the political realm are the affordability of college and higher education reform, climate change and environmental sustainability, and health care costs. Nevertheless, higher education is inarguably one the most talked about issues on both the state and national levels.

In a September study published by the U.S. Department of Education, the total amount of student debt held by Virginians equates to about $33.1 billion. Generation Progress Action, a young voter activism organization, claims there are over one million Virginians that currently hold student debt, with approximately $27,716 in debt each. Furthermore, 9.1 percent of borrowers are in default, not being financially able to pay back their loans.

Delegate Schuyler VanValkenburg (D-Henrico) is another newly-elected member of the Virginia House of Delegates given first-time membership to the VFC. “Millennials aren’t this weird group that came out of nothing,” the 35-year-old said. “This is constant generational turnover and when you have generational turnover, you have different issues,” he explained.

During her 2017 campaign, freshman Delegate Emily Brewer (R-Suffolk) showed her district and consituency that she offered a “fresh start” for millennials to take the political stage. The 33-year-old small business owner has offered a number of legislative measures that have been millennial-friendly. As well, she stood up for her generation on the floor of the House of Delegates to oppose legislation that was set to impose new taxes on items that disproportiantely affected her young cohorts.

Millennials and younger candidates have brought new energy, innovative ideas, and a fresh perspective to the campaign trail, as well as legislative halls throughout the U.S. In addition, non-tradiational candidates like most millennials are able to stave off long-established stereotypes on both sides of the political aisle, causing a rewrite in civic rhetoric.

MAP’s founder Olikara fervently supports working with lawmakers and candidates from across the political spectrum. He is exceedingly ambitious with his work in millennial-driven politics, causing membership to rise in legislatures all over America. Virginia is now the 22nd state in the country that is part of the wider plan of the State Future Caucus Network.

Olikara explained, “What we need to do today, starting here, is intitate a counter-narrative of young leaders standing across the political spectrim who believe that we can overcome the partisan tribalism that has infected our country and focus on long-term solutions facing the state of Virginia and facing our great country.”