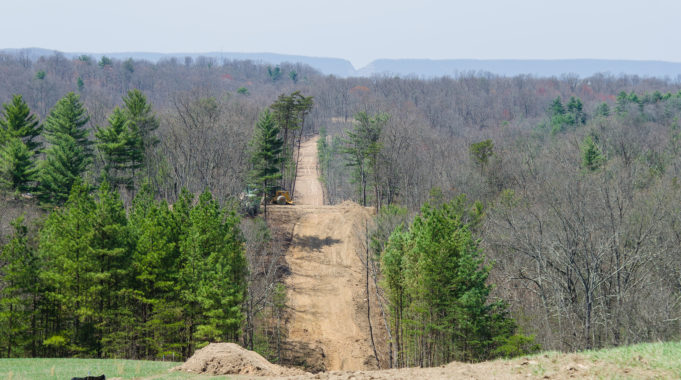 On Tuesday, a three-judge panel of the U.S. Fourth Circuit Court of Appeals vacated a permit for the Mountain Valley Pipeline (MVP) that is necessary for the project to cross streams and rivers in southern West Virginia.

The Sierra Club, along with other environmental groups, charged to the appeals court that the U.S. Army Corps of Engineers overlooked a West Virginia Department of Environmental Protection requirement that construction on four major river crossings should be completed within 72 hours to limit potential environmental harm. Officials from the MVP say that digging under the rivers and streams would take four to six weeks.

Even though West Virginia’s restriction applied only to the four largest rivers in the pipeline’s path, the court struck down the Nationwide Permit 12 (NWP) that applied to all approximately 500 streams and wetlands to be crossed by the pipeline in southern West Virginia.

The court wrote, “If any part of a project requires an individual permit, then the NWP does not apply and all portions of the project must be evaluated as part of the individual permit process,” according to the Richmond Times-Dispatch.

In Virginia, federal regulators have approved a plan to stabilize a section of the Jefferson National Forest where construction of a natural gas pipeline was started months ago, but was then stopped after a lawsuit claimed there were serious environmental concerns. Actions from the Federal Energy Regulatory Commission and the U.S. Forest Service mean that it could be next spring before work on the MVP in Jefferson National Forest could restart.

The Fourth Circuit placed the fault of the U.S. Forest Service for accepting the erosion and sediment control plans from MVP officials. Reportedly, the measures have since failed to curb runoff from construction sites. While the permits are being reconsidered, the vacant work zones on the MVP must be stabilized to protect water and soil quality.