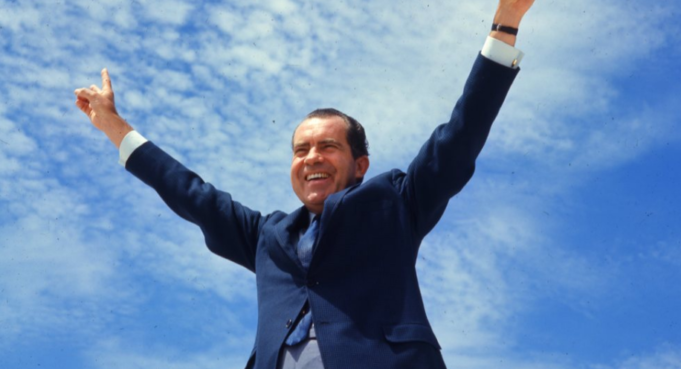 If you are a leftist, then this whole Pride Month has been a no-good, very bad month for just about everything you believe. To recap:

Meanwhile, every argument the Democrats have tossed up against abortion are being met with some variant of “your terms are acceptable” by conservatives.

Yet there’s something to consider in all of this.

For many years, there has been a subset of individuals on the right who have sat out most of these fights. We knew them as the Silent Majority, then the Moral Majority, eventually they became 9/11 Patriots before becoming the Tea Party and finally MAGA.

So what drove these folks out? The outright hubris and hypocrisy of the progressive left.

CLAIM: Abortion should be safe, legal, and rare.
INSTEAD: They justified infanticide and stood on a pile of 63 million dead babies while scolding the rest of us on social justice.

CLAIM: We just want to keep assault weapons out of the hands of crazy people.
INSTEAD: They called law-abiding citizens crazy people and want our firearms.

CLAIM: We just want to follow the science.
INSTEAD: Science can never be questioned.

CLAIM: Love is love.
INSTEAD: Anyone objecting to Drag Queen Story Hour is a bigot.

CLAIM: We should live in a post-racial society.
INSTEAD: Your 6-year-old is actually a racist.

CLAIM: We should celebrate all opinions!
ACTUAL: We will only tolerate our opinions.

If you disagree with the secular orthodoxy, you are immediately branded a Nazi, a Christian nationalist (whatever that means), a hater or bigot, certainly a racist and will be personally destroyed by either a Twitter mob or actual mob.

Property will be burned.
Businesses and livelihoods will be destroyed.
Even outright assassination attempts will be excused as peaceful protest.

Folks who didn’t care were made to care.

Reasonable people who were perfectly fine with the exceptions now found themselves in the presence of a completely alien rule.

Even the Democratic Party — whose neoliberal tendencies had to put down their own populist revolt in the form of Bernie Sanders in 2016 — is being forced to come to grips with their own hubris. Progressives and conservatives point to the same liberal institutions and offer the identical complaint: they are failing us.

The recent SCOTUS rulings were the end result of a long five-decade policy slog where conservatives committed to a strategy and succeeded on the terms defined by how the judicial branch operates. Yet if the political left in this country feels abandoned by its own base, that is because they are indeed abandoned by their own base.

June 2022 is when the plates stopped spinning and crashed all at once.

Need proof? The SCOTUS ruling on Dobbs was leaked in March 2022. Democrats screamed bloody murder and insisted that it would change everything.

Biden’s approval numbers only got worse.

Generic ballot still has Republicans up anywhere from 2.5 to 9 points. How bad is it going to be for the Democrats? Rain man bad (very bad) if The Bulwark is to be believed:

In 2006, 2008, and 2018, Democrats dominated primary turnout. They won all three of these general elections by 7 points or more in November. In 2010 and 2014, Democrats saw abysmal primary turnout. Both of those years were Republican waves. With the caveat that the sample size here is small, the correlation does suggest that primary turnout foreshadows voter attitudes for November.

With this tentative link in mind, let’s look at what this thesis would suggest for the 2022 midterms. The current primary season is not over, but the initial data is suggestive. So far, we can track primary turnout in 15 states and make reasonable comparisons to their 2018 primary turnout. In 2018 Republicans outvoted Democrats in those states by 12 points. So far in 2022, Republicans are outvoting Democrats in those same states by 26 points. That 14 point increase for Republicans suggests a good, though perhaps not dominant, environment for them.

However, those numbers don’t tell the whole story. Instead of looking at the overall margin in these states, we can also look at the average margin, which avoids giving extra weight to states that cast more votes. In these fifteen states, in 2018, Republicans outvoted Democrats in the primary by an average of 11 points. In 2022, that average has grown to 31, an increase of 20 points. This would suggest a November 2022 environment more in line with the Republican waves of 2010 or 2014.

Of course, it’s one thing to sit here and say the Democrats overreached yet again only to watch Republicans sweep into office, fray the edges of what the Democrats did only to watch the political left move the needle even further to the left the next cycle.

Yet that’s not what is happening here.

Forget The Handmaid’s Tale — if you want true Orwellian nonsense, consider for a moment that we live in a society that can pressure an entire population into calling men women, and women men. Or calling babies a lifeless clump of cells. Or sexualizing children with Drag Queen Story Hour and calling that healthy. Or redefining marriage. Or calling a color-blind society racism. One that can destroy history, rename schools, disarm citizens, or force medical treatment against your will.

The wider problem here is that the professional left — and that’s what they are — is bumping into something more tangible than a social construct. Sure, our institutions can be adjusted and changed, but when you are running against ontological truths and human nature?

The Soviet Union couldn’t do it. Yet the Soviet Americans think they can.

What has happened instead is that a lot of people who otherwise were not and would not be political have come off the couch and been made to be political. Despite all the advantages — the media, the education system, academia, the bureaucracy, entertainment and even some of the churches — they cannot get past certain basic ontological facts that most Americans broadly support and deeply understand.

The pendulum has had a good five-decade swing in one direction. Here’s hoping we don’t screw it up on the return trip.