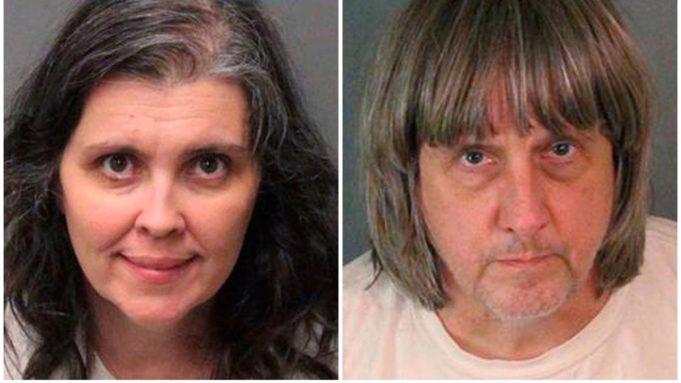 If you haven’t heard of the horrors at the Turpin household in Perris, CA, be warned that reading accounts can be quite unsettling. The abuse of 13 children (and adult children) aged between 2 and 29 has consequently started a national conversation on the need for increased regulation on private home schools – because the Turpins were a homeschooling family.

Damon Linker at The Week has penned an article with the provocative headline “The Sickening Danger of Homeschooling,” in which he drags the reader through a lament over the rise of homeschooling families in the United States and state-level deregulation allowing more liberty to educate children on families’ own terms. His solution is to insert the government into the home school in order to ensure this kind of thing doesn’t happen again.

While he attempts to qualify up front that while “the vast majority of parents who home-school – most of whom are conservative or fundamentalist Protestants – do not abuse their children,” he then sweeps the floor by isolating and generalizing, “Yet it is also the case that home-schooling sometimes serves as an easy cover for stomach-churning cases of cruelty and mistreatment.”

You know what else sometimes serves as an easy cover for stomach-churning cases of cruelty and mistreatment? Public Schools. Churches. Hollywood. Universities. Congress. The White House. Your favorite news channel. Day care facilities. Sports Programs. Homes that send their children to public schools. I think I’ve made my point.

Some of these institutions are highly regulated – like public schools; others we would bristle at the state inspecting and interviewing staff and customers – like churches. (Actually, more and more people are arguing that the government should exercise more control of the church, so I’ll go with “your favorite news channel.”)

The premise of this piece seems to imply is that horrors are magnified in – if not isolated to – a highly diverse population whose commonality is simply that they prefer education to be home-based. It’s as bad to generalize the homeschooling population as it is to generalize the “gun owner population” or the “feminist population.”

One of the justifications for increasing regulation mentioned in the article and by history professor Jeremy C. Young, is that since 2000, 123 non-accidental fatalities have occurred in homeschooling homes. That’s about 7.25 per year! This is true, so far as we can tell, but to suppose that each of these deaths was correlative with the families’ decision to homeschool is tenuous at best, a logical fallacy at worse. Besides, this number pales to the total number of child deaths due to abuse and neglect, which in 2015 alone reached 1,670. That’s a 22,000% greater incident rate among non-homeschooling families than it is among homeschooling families. If I were to continue this line of argumentation, I could make the case that it’s more dangerous for children to NOT be homeschooled.

Furthermore, the non-accidental death rate at non-homeschool institutions themselves, according to the “Indications of School Crime and Safety” (2016) is about 44 deaths per year (2000-2014), or about 500% more likely to occur. And that’s not even counting the 1,353 deaths associated with public school transportation between 2003-2012 – 174 of them school-age children. Clearly, if I were to continue this argument, I could establish it’s much safer to avoid public schools and its necessary transportation network altogether!

Homeschooling has become more and more popular over the last quarter-century, as many people are realizing that an individuated approach to educating children – because every child is different – reaps real positive results, and the politicization of the classroom causes real conflict with religious and secular values.

The classroom is not (nor can it be) neutral, objective, or indifferent concerning philosophical value-statements, and it is necessarily the case that public indoctrination is a consequence of public education – just as private indoctrination and home indoctrination is a result of private and home-school institutions. Parents are realizing this and would rather supervise first-hand the intellectual controls than submit their children to the social experiment of public schools.

Do parents deserve the freedom to educate their children as they would? Absolutely! Does government regulation discourage the decision to homeschool? Absolutely, and I know this first-hand. I agree there is a public interest in ensuring children are educated in rudimentary subjects like grammar, logic, rhetoric, math, music, and physics. And while there may be a government disincentive to neglect this training, the stronger argument and incentive to perform this training is and always has been a deeply personal desire to facilitate success for our offspring.

I have first-hand experience with homeschooling – both being homeschooled for a period, and being a current homeschooler. But I also went to public school for a majority of my formative years. I believe that my public school experience was by and large very good with teachers who cared about their students and an administration that appreciated its teachers.

But my classmates and I were not safe. My 8th grade teacher went to prison for molesting my friends — multiple little girls — the year after he was hired. Another high school teacher of mine was arrested for imposing a sexual relationship with a student.

With everything that has happened over the past six months, and with what we know about people in positions of real power – not just parents over their homeschooled children – I would have expected someone should rather be arguing that the government routinely inspect and interview people at NBC News, at Hollywood studios, and at Amazon to ascertain incidents of unethical behavioral. Of course, that wouldn’t work, and wouldn’t stop incidents from occurring. First and foremost, the cultural backlash against powerful perverts will do more to prevent future incidents than any regulation would. Law is custom in a tuxedo, and law without custom risks public exposure as a naked pretender.

There are lessons in the Turpin case – but perhaps more for communities than for governments or homeschoolers. Would we dare to insist on knowing our neighbors? To care for their societal well-being? Would we dare to throw off the blanket of privacy? Or is the reciprocal risk of them knowing us too well far greater a discomfort?