Breaking news from FOX 5 in Washington about why embattled Democratic gubernatorial nominee Ralph Northam could not bring himself to condemn the vile Latino Victory Fund hate ads against Republican Ed Gillespie.

According to documents aggregated by Phil Kerpen and published on Medium, it appears as if Northam is not only deeply connected to LVFPAC, but co-ordinated the advertisements to the tune of over $69,000.

“That commercial did not come from our campaign, and it’s certainly not a commercial that I would have wanted to run,” Northam said.

This did not go unnoticed by Republicans on Twitter who were very quick to point out the discrepancy.

Why would a campaign allow coordinated communications to go out without reviewing their content? The only reason I can think of is to preserve willful ignorance.

An all-too-clever coincidence, given that the Northam campaign itself had been echoing some of the very same themes of the LVF ad just last week in a nasty ad depicting both Trump and Gillespie alongside the Citronella Nazis who marched in Charlottesville: 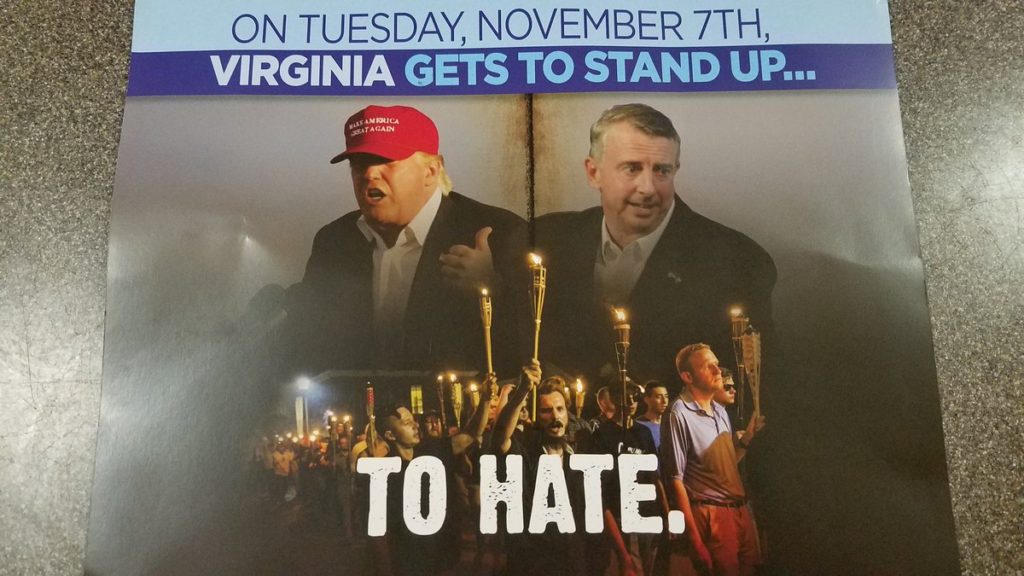 The Democratic Party of Virginia did not limit this imagery to Gillespie, either.  Republican Delegate Scott Lingamfelter (R-Prince William) found himself the target of similar LVF-themed — but mystically, never co-ordinated — ads actually claiming Lingamfelter was “running over Virginia families.” 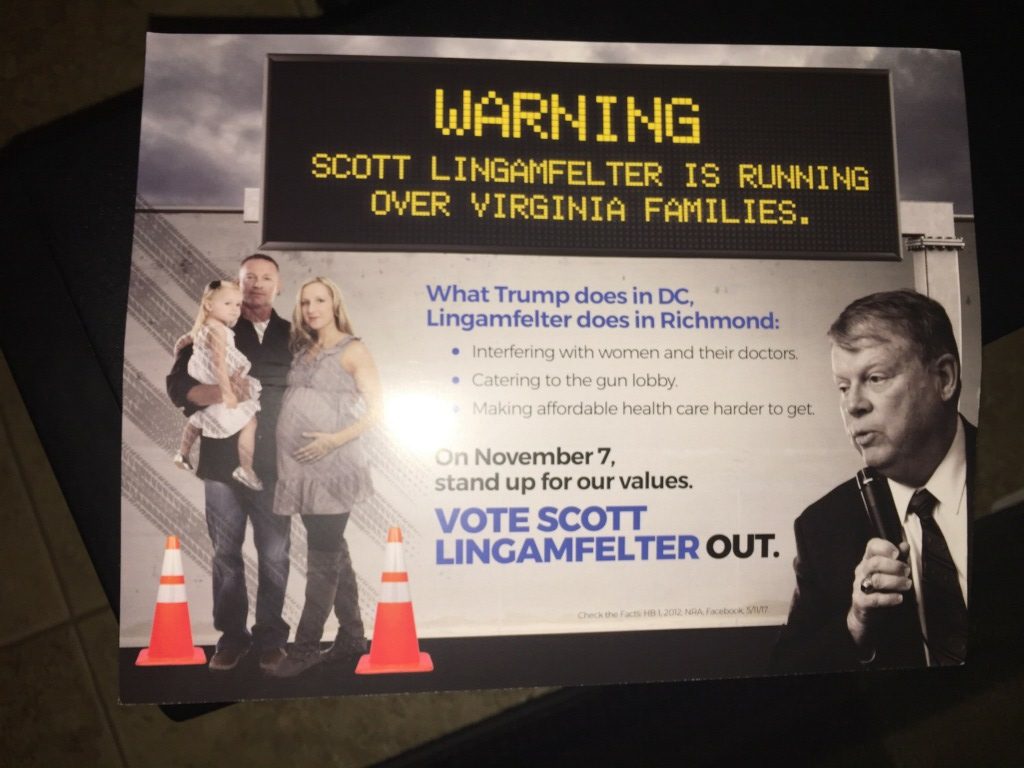 The obverse side of the DPVA-approved advertisement even had the audacity to put Lingamfelter behind the wheel of a car in an mail slick, ill-advised since it arrived as news of the Manhattan car attack was breaking on CNN. 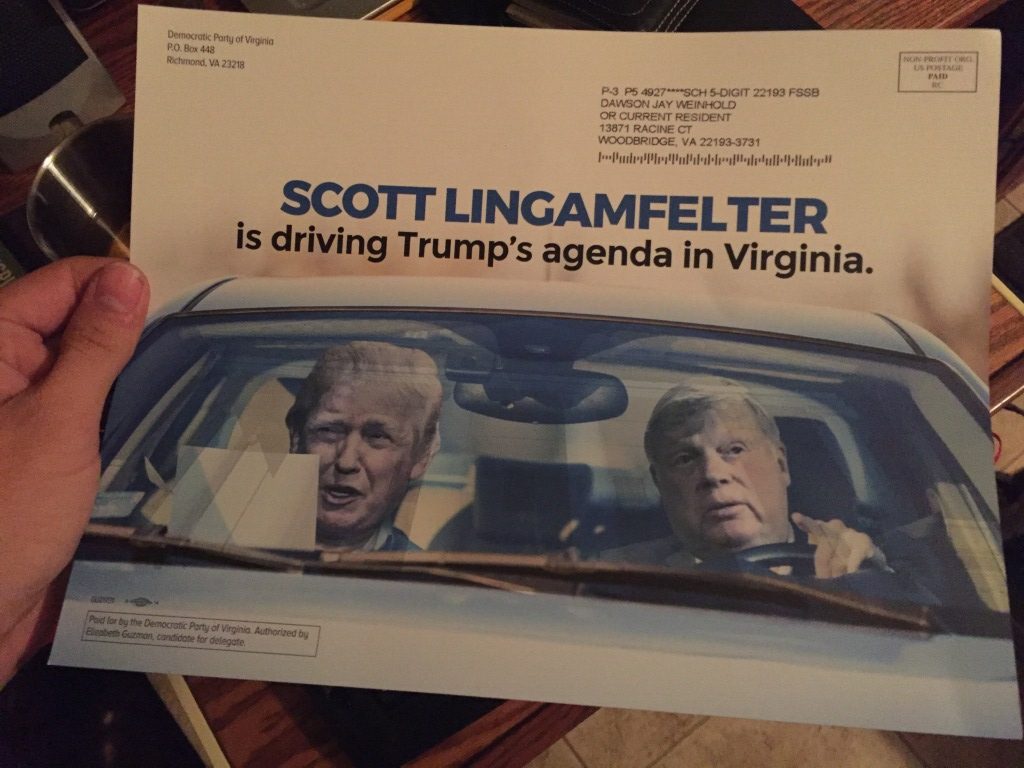 Compounded by Delegate Barbara Favola’s remarks calling Republicans “evil” before a throng of Northern Virginia Democrats, and it is clear that as a last-ditch campaign saving maneuver, Northam and his handlers chose to throw caution (and reason) to the wind.

Meanwhile, the McAuliffe-led Virginia Department of Elections has not issued a statement regarding whether or not it intends to follow up on what is now becoming yet another narrative-stealing scandal for an ill-led and sophomoric Northam campaign.