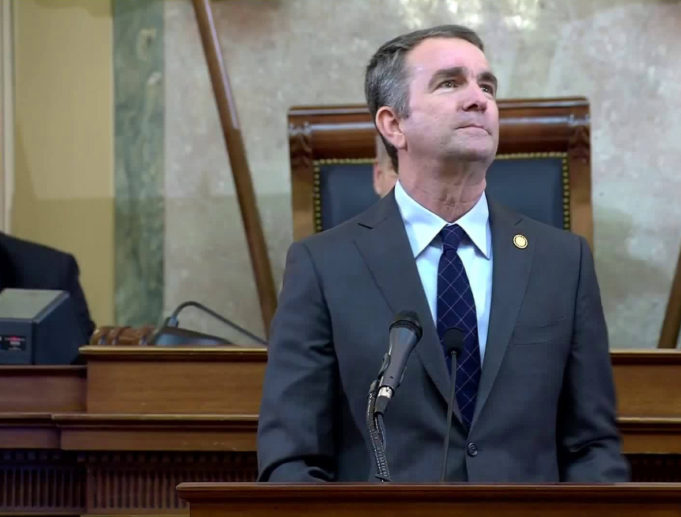 What happens when a weak leader puts his foot down and makes demands of a legislature?

If you’re Ralph Northam, you roll over and hope no one remembers that you ever put your foot down.

That’s exactly what happened this week at the General Assembly, as Governor Northam huddled with Democratic leaders from the House and Senate to craft a bill to spend $4.3 billion in federal American Rescue Plan Act funds.

The need is too urgent, Democrats argued, to delay appropriations. So they shut down the usual budget process, accepted no amendments at the committee level, and killed all House floor amendments while allowing only two minutes of discussion.

The Senate, on the other hand, accepted a number of amendments and put the bill into conference. That didn’t make Governor Northam happy, so Secretary of Finance Joseph Flores wrote to the committee, telling them he didn’t want any amendments.

“[Governor Northam] is also looking forward to a quick resolution to the few outstanding items to ensure these resources are put to work for Virginians as soon as possible. As such, he is asking for a bill with no amendments — fiscal or policy — reflecting the agreement we negotiated and hammered out prior to the beginning of this special session…”

“ …Specifically, we ask that the final bill not include additional bonuses for law enforcement or an extension of rates for Medicaid home- and community-based service providers.”

In the end, the General Assembly told the Governor what he could do with his desire for no amendments, and sent him a bill that contained, among other things, more money for law enforcement and community service providers.

How did the Governor react? A sternly worded veto threat? Amendments to strip off the things he didn’t want? Nope.

“I join Virginians in thanking the General Assembly for their hard work over many difficult months,” he said in a statement.

In particular, he highlighted several aspects of the bill, including:

“Law enforcement officers and first responders will get a well-deserved raise, and violence prevention programs have the support they need to keep communities safe.”

More Virginians will have access to the high-quality behavioral health care they need, including strong community-based services.

It has long been suspected, but now it’s clear as day: Governor Northam’s leadership ended in February 2019. He remains the weakest Governor in modern Virginia history, defined by a never-ending need to avoid people saying nasty things about him, or call him a racist.

Virginians deserve so much better.