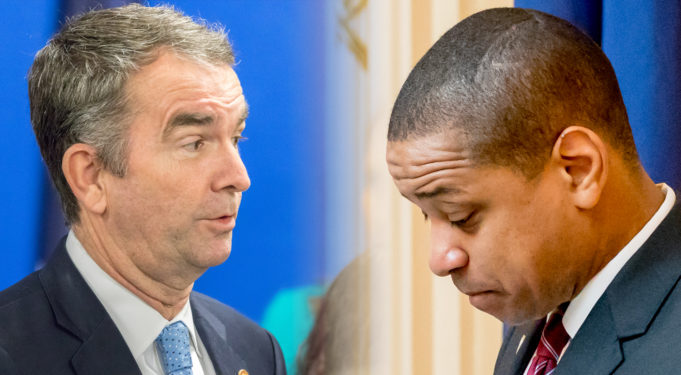 Embattled Governor Ralph Northam vowed to serve out the remainder of his term, in his first interview given after Virginia’s executive branch became embroiled in scandal, prompting widespread calls for his resignation for office.

The governor, in his first interview since the scandal, told the Washington Post’s Gregory Schneider that he would seek reconciliation over the remainder of his term, beginning by instructing his cabinet secretaries to identify items for action by the administration which might demonstrate his commitment to racial equity, in a bid to clear his name.

Meanwhile, Lieutenant Governor Justin Fairfax, facing multiple, credible allegations of sexual assault, could face impeachment proceedings as early as Monday. Despite near-universal calls for his resignation, including from prominent national Democrats, Fairfax is denying the allegations and said he would not resign.

The fates of the state’s top two office holders continue drifting apart days after the turmoil began with the uncovering of a racist photo on Northam’s yearbook page, reportedly leaked by a fellow medical school student troubled by his comments on late term abortion.

At the time, many observers thought Northam would leave office, clearing the way for a rising star from the party’s progressive wing.

It wasn’t long before allegations surfaced against Fairfax, leading him to allege that Democrats loyal to Northam were behind the release, reported the New York Times. The second accuser came forward after hearing press reports involving the first.

Shortly thereafter, Mark Herring admitted to a racist photo of his own, tainting the potential successor to Northam and Fairfax, leaving Virginia Democrats without a clear path forward.

The turmoil faced by the party opens fissures between factions and alliances, formerly thought brought together by the 2017 ticket. That year, Fairfax, a progressive who appealed to the party’s left wing base, was nominated to run alongside Northam, who had the backing of the Democratic establishment against his challenger from the left, Tom Perriello.

In winning that nomination, many Democrats felt passed over by Fairfax, a rising star who had never held elected office before, while others were concerned that his support for left-wing priorities like single-payer health care and “Green New Deal”-style policies could be problematic in a bluing but still centrist state like Virginia.

On the campaign trail that year, party divisions opened when Fairfax was removed from literature promoting the Democratic ticket, at the request of a labor union which was backing Northam. While Fairfax’s removal stemmed from his opposition to building natural gas pipelines which the union supported, many Democrats saw accompanying ideological or racial undertone.

Comparisons to that incident have permeated political discussion on Twitter ever since Fairfax accused Northam’s camp of shopping buried accusations of sexual assault to the press.

Now, with Delegate Patrick Hope (D-Arlington) vowing articles of impeachment will be filed against Fairfax on Monday, all lawmakers could soon be forced to weigh in. All House members could be on record as early as the week’s beginning, when the body considers the procedural maneuver required to introduce a resolution for impeachment this late in the legislative session.

With the GOP having recently secured a major legislative victory on taxes, after Governor Northam backed down from his spending plan, work has been wrapped up on another major point of disagreement, leaving potential impeachment hearings as the dominant item during the remainder of session, potentially postponing the assembly’s scheduled adjournment.