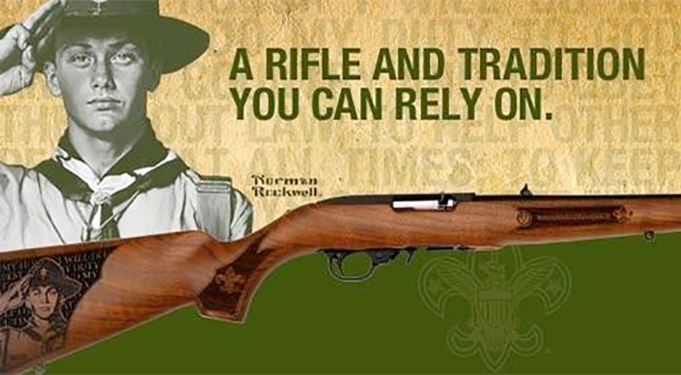 Earlier today, Democratic Governor Ralph Northam rolled out a gun control package which could be bad news for the Boy Scouts: it bans the common .22 rifle on which many young people learn to shoot.

Among the bills in the sweeping proposal is one which the governor said, according to his announcement, “modifies the definition of assault firearm to any firearm that is equipped with a magazine that holds more than 10 rounds of ammunition.”

Northam’s proposal would “ban the sale, purchase, possession, and transport of assault firearms in the Commonwealth,” according to the announcement.

The measure is not the same as a magazine capacity restriction, which bans possession of the magazines themselves, depending on capacity. Similar magazine bans were introduced by lawmakers in previous years, and may resurface in 2019.

Detachable magazines are used in common firearms, from the AR-15 to the 10/22, the common .22 rifle used by scouting groups and other youth, which even comes in an edition officially licensed by the Boy Scouts of America.

Produced continuously since 1964, the 10/22, of which Ruger’s line is the most popular, is among the most common rifles ever manufactured and has been used by countless youth and adults alike for target practice, hunting, and learning the fundamentals of gun safety.

The rifle is low-powered, firing bullets with roughly one-third the muzzle energy of a common 9mm handgun.

However, because Northam’s proposal bans firearms based on capacities of detachable magazines, Boy Scouts and other youth programs could be forced to find another rifle, should the legislation pass, because gun makers manufacture 25 round magazines which can be equipped on the 10/22.

Similar measures focusing on weapons which accept magazines above a certain capacity have been offered in other states, including as a proposed constitutional amendment in Florida on 2020’s ballot, which would prohibit “any semiautomatic rifle or shotgun capable of holding more than 10 rounds of ammunition at once, either in a fixed or detachable magazine, or any other ammunition-feeding device,” according to the ballot language filed with Florida’s Division of Elections.

According to the BSA National Shooting Sports Manual, only fully automatic firearms are categorically prohibited by the organization. Scouts use guns ranging from air rifles through firearms chambers in .22 long rifle, like the 10/22, in programs with NRA certified instructors.

The Boy Scouts of America even offer their own officially licensed version. 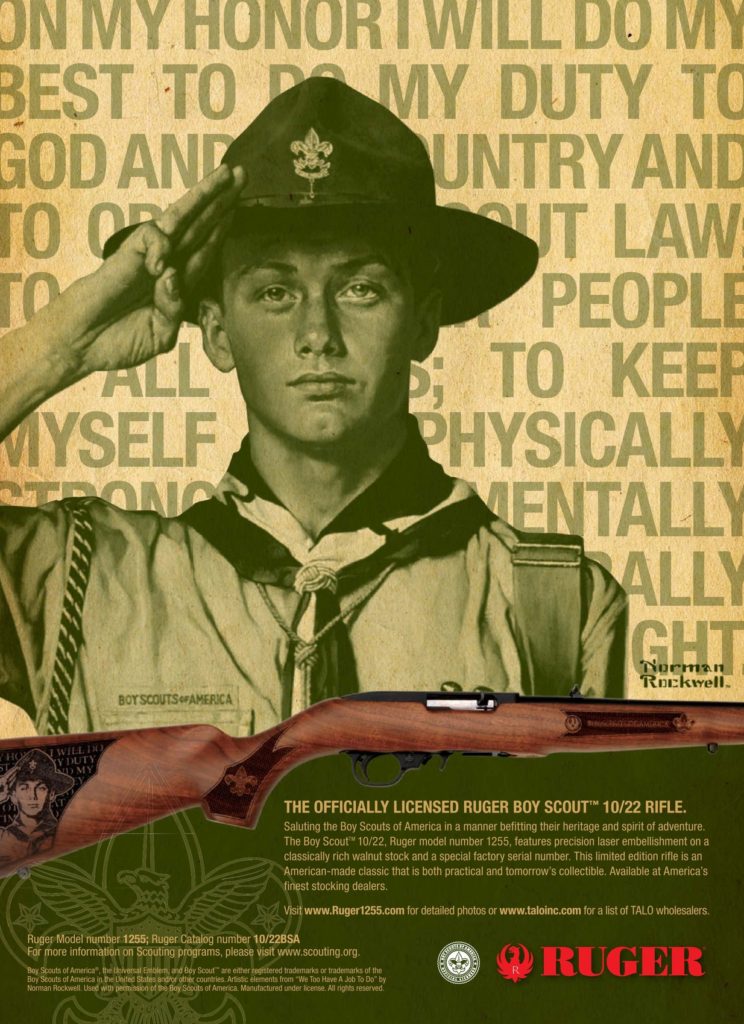 Joining Northam in his announcement today was House Minority leader Eileen Filler-Corn (D-Fairfax), in her first major appearance with the governor since taking office January 1st.

Ebbin and Tran will carry the “assault-style weapons” bill, according to the governor’s announcement.

Northam previously campaigned on gun control along with Lt. Governor Justin Fairfax, who called for the confiscation of semiautomatic firearms, and Attorney General Mark Herring, who unilaterally rescinded concealed carry reciprocity, before his action was deemed too extreme and reversed by his own Democratic Governor, Terry McAuliffe.

The bill is not the only gun control proposal breaking new ground this year.

Democratic candidate Dan Helmer, challenging Del. Tim Hugo (R-Clifton) for a seat in the House, proposed “SKU-level reporting” of every box of ammunition sold to a central database, which investigators would comb through in search of mass shooters. Helmer offered no means to distinguish law-abiding citizens from a would-be killer who purchases a few boxes.

The gun control announcement ends the last week for the Democrats before the General Assembly convenes on January 9th. Republicans spent the day detailing plans to block a tax increase on 600,000 middle class Virginians, proposing an alternative plan which preserves the standard deduction and offers tax relief to 2.7 million.