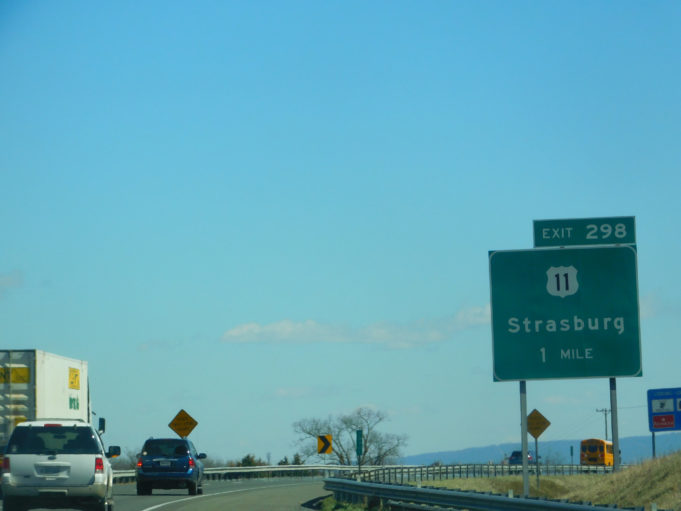 Recently, a $2 billion proposal was announced for improvements to Interstate 81, which is commonly riddled with traffic jams and accidents throughout the 325-mile corridor scything through the western part of the Commonwealth in the Shenandoah Valley. The 72 proposed projects included in the funding center around widening the interstate to three lanes, shoulder widening, extending acceleration and deceleration lanes at various locations, among other improvements aimed at helping truck drivers.

While the immense amount of construction and improvement projects will be long-awaited relief to drivers, residents and government officials in the northern Shenandoah Valley have expressed concerns that Frederick County may not get the improvements it needs to reduce traffic congestion and accidents, which are lopsided figures compared to other areas on the stretch of asphalt.

The team that studied the I-81 corridor originally identified 105 “immediate” projects with an estimated price tag of $4.25 billion. However, due to funding challenges, the state is focusing on just 72. Approximately two dozen of these are recommended for VDOT’s Staunton District, which includes Frederick County, at a current estimated cost of around $900 million.

Nevertheless, as The Winchester Star asks, “does it include Winchester and Frederick County?”

“Some of the projects local officials say the area is most in need of — i.e., the addition of auxiliary lanes from exits 313 to 317 — failed to make the cut in favor of similar improvements slated for areas less in need. Granted, everyone who lives along this bloated artery considers their area most congested and, thus, more prone to accidents. But Frederick County? Nary a dime for these critical projects. We don’t get it, given what we see every day and know how many local motorists avoid I-81 like the plague (which should make the highway a bit more safe, right?).”

As the author states, “We don’t deny that I-81 borders on a death trap at times.” After all, there are nearly 2,000 accidents on the corridor every year. Though, there seems to be a disproportionate amount of incidents on I-81 through Frederick County and Winchester.

There were reportedly 215 traffic accidents on the 23-mile stretch of I-81 in the area in 2017, resulting in six fatalities. Furthermore, the year prior, there were 212 accidents and one traffic-related fatality.

The Winchester Star says, “Given the length of this stretch of macadam, it seems like a disproportionate number of accidents to us. Thus, is it unfair for us to say, ‘Show us some money!'”

Well, this could stem from what VDOT Chief Engineer Garrett Moore said earlier this year about fixing roads throughout Virginia. Considering the sheer amount of improvements that are needed, he said the monumental budget – $16.9 billion throughout the state, excluding debt service – means that “fully addressing the pavement issues would be impossible any time soon.” Yes, he actually said “impossible.”

“It just doesn’t make sense,” said Frederick County’s Assistant County Planning Director John Bishop during a recent Transportation Committee meeting. “Because you are talking about a road segment that has over 10,000 additional trips than the Harrisonburg segment, based on 2017 data,” Bishop explained that the disproportionate amount of automotive carnage in the northernmost segment needs to be addressed – first.

The Virginia Department of Transportation (VDOT) claims that some of the funding options for the projects are a regional fuels tax increase of 2.1 percent that could generate $60 million a year and a 0.7 percent increase in retail sales and use taxes that would generate $105 million a year. Though, many are still citing tolls as the main money maker, with Virginia Deputy Secretary of Transportation Nick Donohue saying the annual revenue from tolling is estimated around $135 million.

While the Commonwealth looks to begin the 72 projects within the next few years, they claim the best hope is to fund all 105 “immediate” projects by 2060. Yes, 2060 – over 40 years from now.

Bishop said the $4.25 billion estimated to fund all 105 projects is based on 2018 dollars and that the cost estimate will increase over time due to inflation. He also noted that transportation needs may drastically change in the next 40 years.

“I wouldn’t look at this and say, ‘Oh look we are going to get all of this stuff by 2060,’ because the stuff that is not funded in the first round [of I-81 improvement projects] may not be valid by the time we get to the next round,” Bishop exclaimed.

The roads, highways, bridges, and tunnels that make up the vast transportation network in Virginia are far from being considered in perfect condition. Regardless, the “death trap” of I-81 – the entirely of it – is in the front of many minds in the area as undoubtedly the most important roadway project in the Commonwealth.

As the infrastructure of I-81 has remained largely unchanged since its inception in the late 1950s to early 1960s following President Dwight Eisenhower’s National Interstate and Defense Highways Act, is another federal public works project the answer to the seemingly woeful highway?