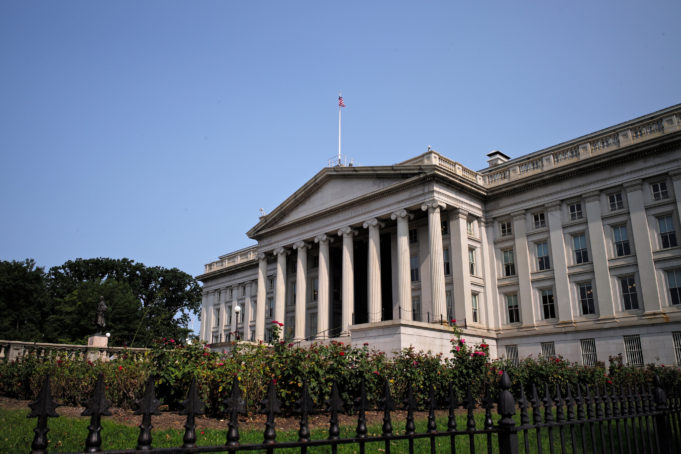 New details have surfaced about the inner workings of the Iran Nuclear Deal and how the Obama Administration ran into a predicament in early 2016. According to a report from AP, after the deal was struck, Iran was promised access to their then-frozen international accounts, including $5.7 billion locked in a bank in neighboring Oman, which was then filtered into the U.S. financial system.

In attempting to gain access to, then spending the cash, Iranian officials sought to convert the funds into U.S. dollars, then euros. Nevertheless, the Obama Administration repeatedly promised Congress and the American people that Iran would never gain access to America’s financial system.

However, an investigation by Senate Republicans released Wednesday has shown that that Obama officials secretly issued a license to let Iran sidestep U.S. sanctions for a “brief moment” and then converted the funds through an American bank. The plan’s short-sighted attempt was thwarted after two U.S. banks refused to participate.

The development has given even more political ammunition to Donald Trump and the White House to show their rescinding of the nuclear deal was merited.

Senator Rob Portman (R-OH), who heads the Senate panel that conducted the investigation, said the former president was too eager to strike a deal with Tehran. “The Obama administration misled the American people and Congress because they were desperate to get a deal with Iran.”

Republican House Foreign Affairs Committee Chairman Ed Royce (CA-40) has also  accused Obama of trying to, “hide a secret push to give the ayatollah access to the U.S. dollar,” according to the report.

Former Obama Administration officials have pushed back against the investigation, arguing the decision to grant the license adhered to the “spirit of the deal,” which included allowing Iran to regain access to foreign reserves that had been off-limits because of U.S. sanctions. They said the public assurances that Iran would be kept out were intended to “dispel incorrect reports about non-existent proposals” that would have let Iran actually buy or sell in U.S. currency dollars.

Many may be thinking: What about exchanging currency and converting the funds into U.S. dollars, then to euros?

The former officials disputed this claim by saying that “momentary access” to U.S. exchanges does not constitute “access to the U.S. financial system.”

Furthermore, they also dismiss an actual approach by the Trump Administration to withdraw the U.S. from the landmark 2015 nuclear accord. “They [Republicans] continue to malign the deal in an effort to justify President Trump’s unjustifiable decision,” said Ned Price, the former White House National Security Council spokesman to President Obama.

Foreign policy hawks still argue that the Obama Administration took the deal too far, even if the former executive sought to have a delicate diplomatic balance. They say the windfall from the deal would allow Tehran to continue funding terrorist advances in nearly every corner of the world.

According to the report, the license, issued by the Treasury Department in February 2016, which was never disclosed, would have allowed Iran to convert $5.7 billion it held at Oman’s Bank of Muscat from Omani rials into euros by exchanging them first into dollars. If the Omani bank had allowed the exchange without such a license, it would have violated sanctions that bar Iran from transactions that touch the U.S. financial system.

Omani rials are ruinously tough to convert into other currency; therefore, the dollar, being the world’s dominant currency, would allow from a better conversion instrument for Iranian assets.

One former Treasury official commented on the situation by simply saying, “Yikes,” in an email to the AP about the investigation. “It looks like we committed to a whole lot beyond just allowing the immobilized funds to settle out,” they said.

Two U.S. banks, who have remained unnamed, reportedly refused citing reputational risk of facilitating the conversion and doing business on behalf of the Iranian state.

While issuing the license is not an illegal act, the Obama Administration still went above and beyond the stipulations of the agreed upon deal. Moreover, the fact that the Iran Nuclear Deal never went through the Senate for ratification, it only constitutes an “executive agreement,” which is a weak attempt at full-fledged diplomacy.