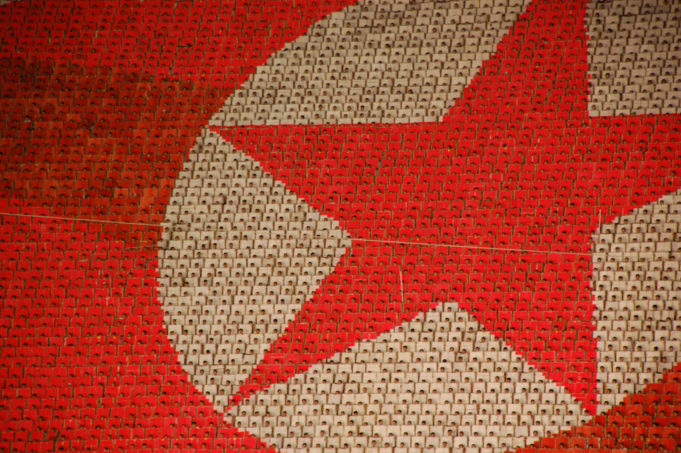 In 2017, former University of Virginia (UVA) student Otto Warmbier died just a few days after he was released from detention in North Korea and brought back to the U.S. The parents of the 22-year-old college student, Fred and Cindy, are now pursuing a lawsuit against the North Korean government, claiming their son’s death was caused after repeated torture while being held by the regime.

Warmbier was held by the authoritarian regime for 17 months before his medical evacuation to the U.S. last June. After arriving at the University of Cincinnati Medical Center, doctors say he was “wakeful,” but was unresponsive from a severe neurological injury, which caused his death.

The lawsuit was filed in U.S. District Court in Washington on Thursday. The Richmond-based law firm McGuire Woods will be representing the Warmbiers, according to the Richmond Times-Dispatch. On Thursday, the family released a statement:

“Otto was taken hostage, kept as a prisoner for political purposes, used as a pawn and singled out for exceptionally harsh and brutal treatment by Kim Jong Un. Kim and his regime have portrayed themselves as innocent, while they intentionally destroyed our son’s life. This lawsuit is another step in holding North Korea accountable for its barbaric treatment of Otto and our family.”

The Democratic People’s Republic of Korea (North Korea) has been named the case’s defendant and the Warmbiers are seeking a unspecified amount of damages for injuries including pain and suffering, medical expenses, and loss of income.

“In an attempt to extract various concessions from the United States government, North Korea detained Otto, forced him to falsely ‘confess’ to an act of subversion on behalf of the United States government, tortured him, kept him in detention for a year and a half without allowing him to communicate with his family, and returned him to them in a non-responsive state and brain-dead.”

Warmbier’s parents contend that North Korean officials “lied” about the origins of their son’s medical conditions and, “refuse(s) to acknowledge its abhorrent actions.” They explained the rogue regime, “took Otto hostage for its own wrongful ends and brutally tortured and murdered him.”

The North Koreans denied causing Warmbier his injuries, saying he contracted botulism and fell into a coma after taking a sleeping pill. Reportedly, the college student had been in a coma for a year prior to his evacuation.

The lawsuit brands the botulism claim as false, explaining that doctors in the U.S. found no evidence to support it.

The 22-page lawsuit goes on to state:

“They [Warmbier’s parents] were stunned to see his condition. Otto was blind and deaf. He had a shaved head, a feeding tube coming out of his nose, was jerking violently and howling, and was completely unresponsive to any of their efforts to comfort him.”

In Warmbier’s spring semester at UVA, he planned to participate in a study abroad program in Hong Kong. In December 2015, he traveled to Asia and took a tour to North Korea through Young Pioneer Tours, a China-based tour operator.

While in North Korea, Warmbier allegedly removed a state-sponsored propaganda poster off a wall in a hotel in which he was staying. He was arrested shortly after the U.S. placed crippling economic sanctions on North Korea and not long before the government conducted a nuclear test and fired a prototype intercontinental ballistic missile (ICBM).

The suit alleges that he was forced to read a false, televised “confession” that claimed, among other things, that he took down the poster to be hung in the his home church in Cincinnati as a trophy, all in exchange for the promise of a used car.

The North Korean government also charges that Warmbier’s actions were spurred on by a UVA “secret society.”

Warmbier was charged with state subversion. After a one hour-long trial, he was convicted on March 16, 2016 and sentenced to 15 years of hard labor.

While he was held prisoner, dictator Kim Jong-Un tried to use him as a bargaining chip for the U.S. to remove sanctions and complete various other actions for his release.

Currently, U.S. law allows for a lawsuit to be filed against a defendant that is a foreign state designated by the government as a state-sponsor of terrorism. One can also be filed if the plaintiff will be an American national or the legal representative of a national or the defendant committed acts of murder, torture, or hostage-taking.

The lawsuit also comes just before the scheduled meeting between the North Korean leader and South Korean President Moon Jae-in and a possible meeting with President Donald Trump in May.