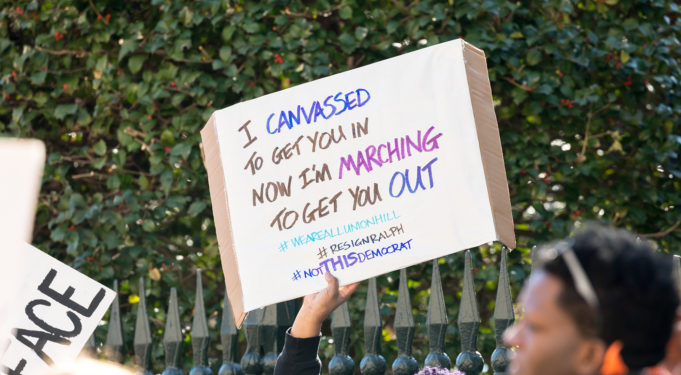 Protests outside the governor’s mansion in Richmond continued and showed no signs of abatement four days after revelations that Governor Ralph Northam’s 1984 yearbook page featured a racist photo of a person appearing in blackface standing next to a hooded person in a Ku Klux Klan uniform.

While the photo’s release was met with near-universal condemnation and calls for Northam’s resignation from Democratic and Republican leaders alike, the scandal has ignited a wave of grassroots opposition from progressive activists which threatens to undermine Democratic unity headed into a critical election year, with protests beginning immediately after the story broke.

Waving signs calling for the governor’s resignation, progressive activists continued their protests targeted at Northam, while making occasional detours into chants of “f**k the police” and “burn that flag.”

Protesters also linked the racial photo controversy to charges of “environmental racism” previously lobbed at Northam over his support for construction of natural gas pipelines, including one requiring a controversial compressor station in Buckingham County. Progressive opponents of the pipeline contend that its construction would be racist based on the project’s planned path through a community of color, among others.

The controversy has opened fissures within the Democratic Party, as activists continue demanding Northam’s ouster, raising issues such as the pipeline, and also setting up a showdown between a governor in turmoil and his potential successor, Lt. Governor Justin Fairfax, who now faces accusations of sexual assault over an encounter he admitted having at the 2004 Democratic National Convention.

On Monday, party infighting spilled out of the back rooms of Richmond and into full public display, as Fairfax accused Northam’s camp of leaking the sexual assault allegations to the press in a bid to derail potential gubernatorial succession.

As of Monday, Northam said he had no intention of resigning, reportedly telling cabinet officials that he would be branded a “racist for life” if he left office under cloud of scandal, without working to clear his name through investigations and deeds.

Northam has remained firm in his opposition to leaving the office, since declaring his intent to stay at a Saturday press conference.

In particular, the outpouring of opposition to Northam at the continuing protests and online threatens to sap Democratic grassroots enthusiasm in the fall, with one protester declaring via sign, “I canvassed to get you in, now I’m marching to get you out.”

The loss of grassroots volunteers could prove another blow to a party lagging the GOP in fundraising and facing national outrage over a controversial 40 week abortion bill which would have eased restrictions on terminations up until the point of birth.

Combined with reputational damage to its two top statewide office holders, this inward direction of Democratic anger could prove damaging to election efforts in the fall.

In the meantime, with Northam dug in, the protests show no signs of letting up, and it remains unclear whether the embattled governor will be able to put this scandal behind him, or heal a party rocked by infighting and accusations of dirty tricks between top Democrats jockeying for Virginia’s top office. 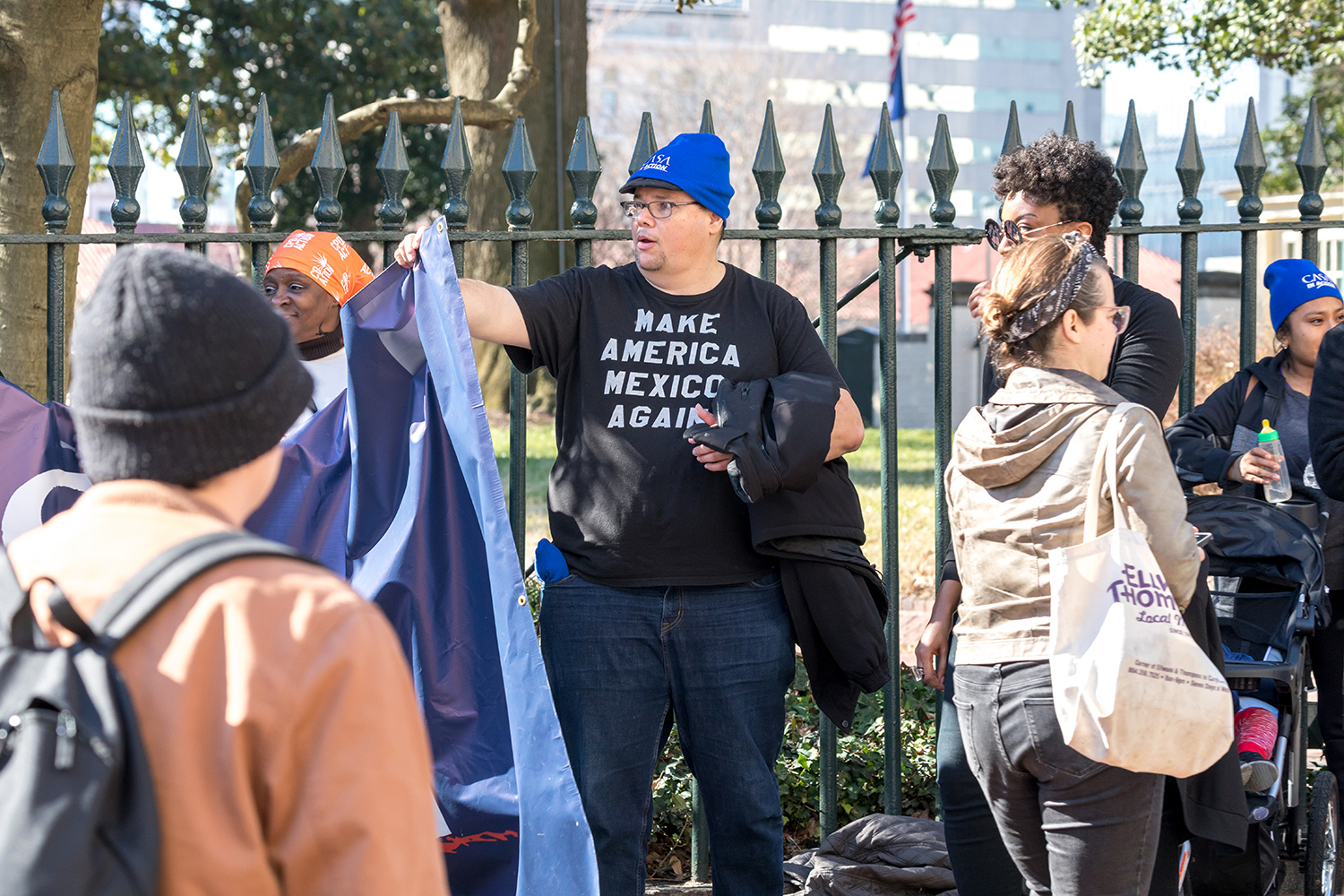 Despite the protest targeting Governor Northam over his yearbook photo, one activist with CASA called to “Make America Mexico Again.” 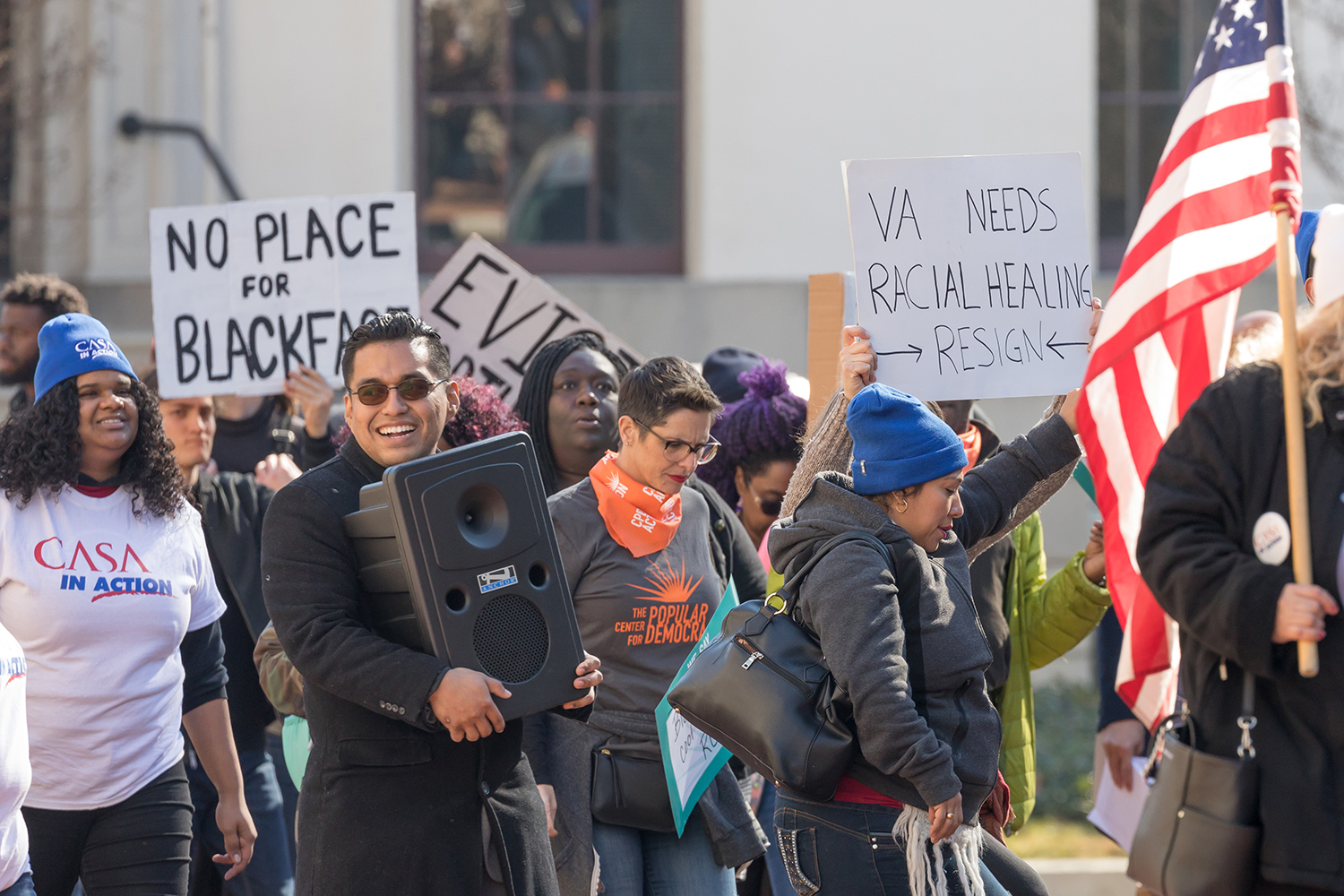 The crowd, exceeding 100, marched outside the governor’s mansion before stopping for speeches. 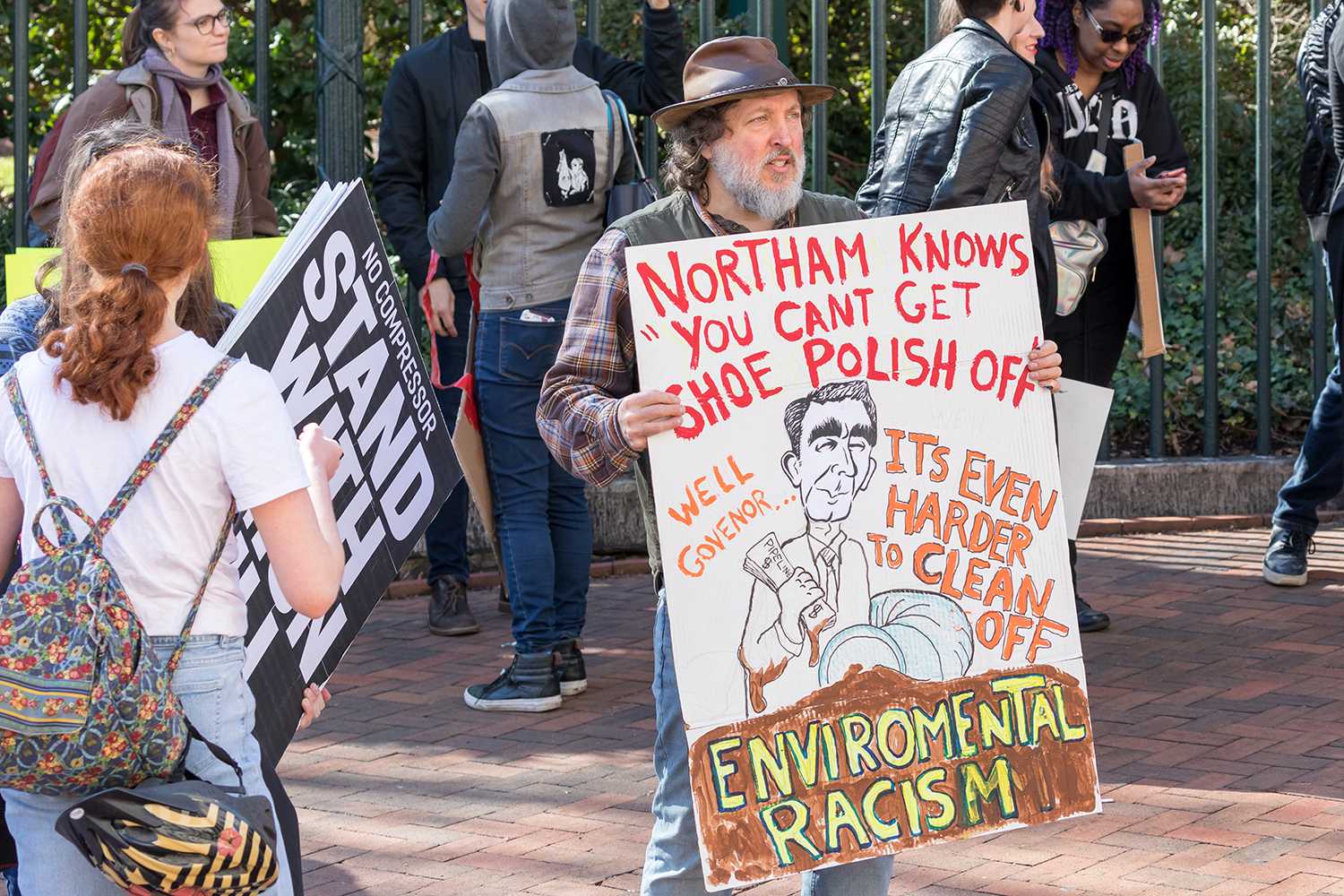 Northam faced charges of “environmental racism” for supporting construction of natural gas pipelines, an unpopular issue with party’s progressive base. 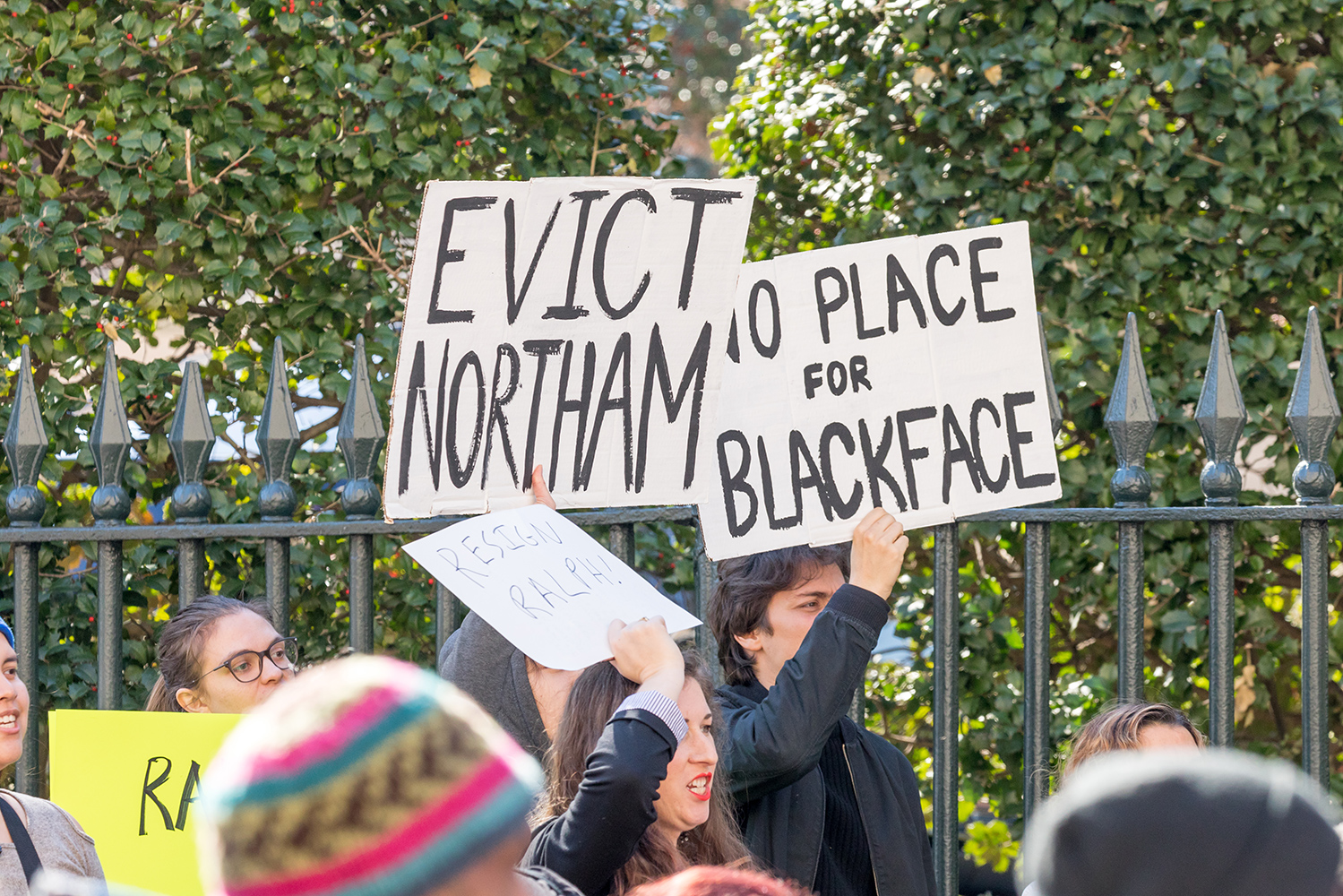 Despite some protesters veering off message into immigration and anti-police sentiments, the bulk of the outrage was directed against Governor Northam over the yearbook photo scandal.