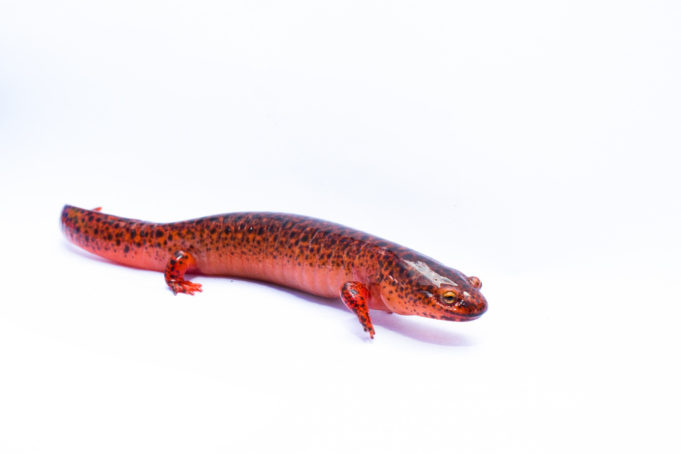 In an effort to shine light on a little known invertebrate in Virginia, a piece of legislation just passed through the General Assembly now giving distinction to a state-recognized salamander. House Bill 459, introduced by Delegate Eileen Filler-Corn (D-Fairfax) will add the red salamander, scientifically known as Pseudotriton ruber, to Virginia’s list of official designations.

According to a report from WHSV, a group of young nature conservationists from the 4-H-affiliated “Salamander Savers” in Fairfax is to thank for the measure. The club for lovers of amphibious creatures started in 2015 when three children wanted to save salamanders from a local lake.

The list of officials emblems and designations of the Commonwealth now includes 36 items that are instinctive to Virginia. The list includes:

14. Fleet – Replicas of the three ships, Susan Constant, Godspeed, and Discovery, which comprised the Commonwealth’s founding fleet that brought the first permanent English settlers to Jamestown in 1607. The replica ships are currently exhibited at the Jamestown Settlement in Williamsburg.

17. Fossil – Chesapecten jeffersonius, an extinct scallop from Virginia’s coast which lived in the early Pliocene epoch between four and five million years ago.

22. Outdoor drama (modern) – “The Trail of the Lonesome Pine Outdoor Drama,” adapted for the stage by Clara Lou Kelly and performed in the small town of Big Stone Gap.

23. Outdoor drama (historical) – “The Long Way Home,” based on the life of Mary Draper Ingles, adapted for the stage by Earl Hobson Smith, and performed in Radford.

24. Rock – Nelsonite. Previously mined for titanium dioxide, the rock is named after the county in which it was discovered, Nelson County.

29. Song emeritus – “Carry Me Back to Old Virginny,” by James A. Bland. The song was originally adopted by the General Assembly during the 1940 session.

33. Sports hall of fame – Virginia Sports Hall of Fame, located in the Portsmouth.

34. Television series – “Song of the Mountains.”