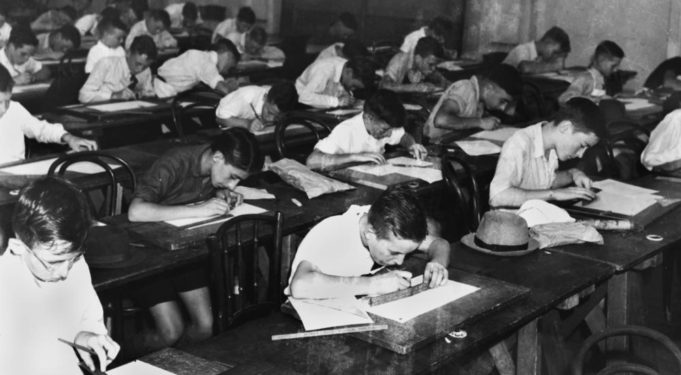 Sen. Dianne Feinstein is concerned that orthodox Christianity will influence a potential judge’s worldview; Sen. Bernie Sanders believes the orthodox Christian view of the exclusivity of Christ for eternal salvation is both hateful and disqualifies one for serving in the Office of management and budget; legislators, judges, and activists increasingly believe that the orthodox Christian conscience must surrender in the public squares of commerce and policy, and instead be held captive by the pluralistic dogmata of a post-modern culture.

The trend in American culture seems to be a growing intolerance for the outward expression of orthodox Christianity, and an insisting that the free exercise of religion is only a Constitutional right insofar as the exercise never escapes the confines of an individual’s mind, house, or place of worship.

The reader will notice I have included the adjective “orthodox” to the label “Christianity,” both in the title and the body. This is because, by and large, the consciences of the heterodox Christians and the heretical professing Christians are not under attack. The confidence tricksters of the prosperity gospel may be opposed – or even brought before the bar — on practical matters like fiscal fraud, but their worldview is largely left untouched, and is sometimes promoted in the mainstream. Heterodox professors that have rolled over and played dead at the feet of people like Immanuel Kant, Friedrich Schleiermacher, Ludwig Feuerbach, and Hans Küng, gladly submit to the secular spirit of the times and embrace a mutable God that is susceptible to subjective progress.

The public queries into the faith of Amy Barrett and Russel Vought are significant, in that they signify a crescive willingness among the population to challenge the free expression and exercise of orthodox Christianity. The state’s continued encroachment on the freedom of conscience in the marketplace signifies that people augmentedly believe that state and church are patron and client, and that cliens conscientia may only buy or sell (or refuse to buy and sell) by the consent of patria patronus.

In the secular world, religion as a practical matter is fine, so long as it serves as a bromide or salve to the existential angst of an individual or group – it is a psychological means to an end that helps to extinguish guilt, and make people feel better about their existence and contributions to society. So long as it does not offend another, Christianity is just fine.

But that is the problem – orthodox Christianity is extremely offensive! Its foundational principal is that we are all sinners in need of a savior. It’s offensive to be told we cannot save or even improve our own immortal soul on our own; that we are seen as objectively wicked and guilty by the final judge apart from the atonement of Christ; that any good we pretend to do sine fide is nothing more than a rotting carcass wrapped in filthy rags.

It is offensive to be told that we have no legal right to choose what we may do with our bodies – but rather we are commanded first and foremost to love God with all our physical, mental, and spiritual capacity.

It is absolutely offensive that we are incapable of approaching the final cosmic authority except by an exclusive mediator whom we cannot choose – that it MUST be Christ and no other. It’s absolutely offensive to be told there is an objective moral law, upon which we have no vote, and that we as the creature have no right to alter the design or intent of cosmic moral policy – just as we have no right to alter the laws of physics or logic.

It is offensive to our very existence to be told that our very essence is tainted with lawlessness and that we deserve death for our cosmic treason.

It is no wonder those holding to orthodox Christian beliefs are being tested – both in the public and private spheres of society. The Constitution protects the free exercise of religion and prohibits a religious test to qualify for public office, but as long as the worldviews of two distinct belief systems remain in diametric opposition to questions concerning the actuality and potentiality of humanity, the orthodox religion will be tested, called to surrender, and compelled to conform. In this sense, Christians have always understood — and have always expected to have — our faith being tested.

But while we recognize that the secular world may administer and proctor the test of our religion, may we also remember that the trier and judge of our correctness – the only authority that matters in the final analysis – is the almighty and sovereign God.