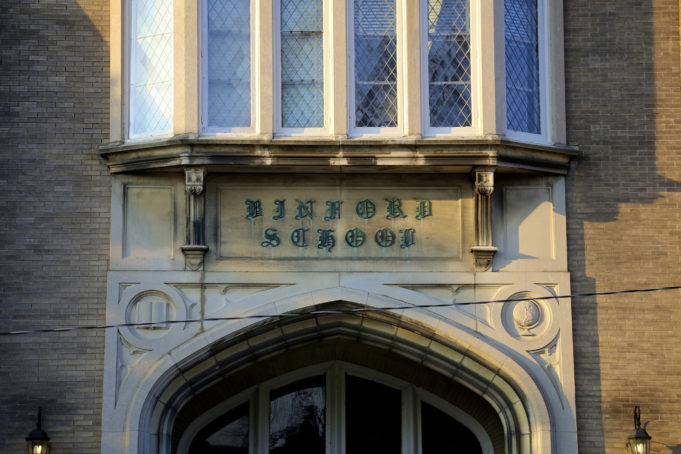 According to recent developments, one piece of legislation that may be coming to the General Assembly in the 2019 session is an effort to modernize crumbling school infrastructure throughout the Commonwealth. As the consensus to fix Virginia’s deteriorating schools gains widespread bipartisan acclaim, a contingent of state senators who formed a subcommittee to investigate school modernization have been touring school systems around the Commonwealth for the last few months.

Following meetings with local lawmakers, teachers, and school advocates on the state of school infrastructure, State Senator Bill Stanley (R-Franklin) penned a letter to Virginia Attorney General Mark Herring asking, “63 years later, does the U.S. Constitution or federal law provide a legal remedy for the failure to satisfy the Brown II mandate on school infrastructure?” He referenced the landmark Court case due to it’s direction to states to provide schools that are “fully modernized or maintained as seemingly required,” by the U.S. Constitution.

Schools in Virginia typically have an average lifespan of 40 years. Considering the average school age is above 46 years, the need to begin fixing schools has become very evident in both rural and urban settings. In fact, nearly one-third of schools in Virginia are 60 or more years old, some of which date back to before World War I.

“Every school division has the same problem, which is decaying schools. We’ve got to do something about it,” Stanley said in a report from WTVR.

The Southwest Virginia Republican explained, “Our local school divisions really don’t have the financial resources to fix these schools, and not just fix the problems they have, but bring them up to modern 21st century standards.”

In 2013, then-Governor Bob McDonnell commissioned an inventory of the Commonwealth’s houses of education. The assessment showed that modernizing just the schools that were more than 30 years old would cost $18 billion.

To pay for the plan, Stanley and bipartisan supporters are banking on the Supreme Court’s decision in South Dakota v. Wayfair (2018) to allow states to collect sales tax from online purchases. The current projected level of funding from the new tax dollars is between $250 million and $300 million per year. The projected revenue is currently allocated for transportation improvements, but the state senator said he wants to put half of the collected revenue toward statewide school improvements.

“What we’re asking to do is to take half of that money so that we can go ahead and purchase bonds in the amount of $4 billion from Wall Street,” Stanley said.

Also, the online sales tax revenue is not currently being collected. The General Assembly would need to pass legislation to collect it and allocate it to be used for school construction.

The State Senate Subcommittee on School Facility Modernization, of which Stanley is the chairman, will make its final visit to the Richmond Public Schools (RPS) division later this month. In 2017, 85 percent of Richmonders supported a ballot referendum which required Mayor Levar Stoney (D) to seek a school infrastructure modernization plan without raising taxes. Stoney opposed it, raising the city’s meals tax months later.

State Senator Glen Sturtevant (R-Richmond) introduced Senate Bill 750 earlier this year which would prohibit basing the fully-funded RPS modernization plan on the passage of new or increased taxes for that purpose. Structured to change the capital city’s charter, the measure passed through both the State Senate and the House of Delegates without a single dissenting vote, then signed by Governor Ralph Northam (D).

If Stanley’s proposal goes through, Richmond’s 20-year, $800 million, 44-school modernization plan may begin, as well as billions more worth of construction around the state by opening up a new avenue of uncollected taxes.