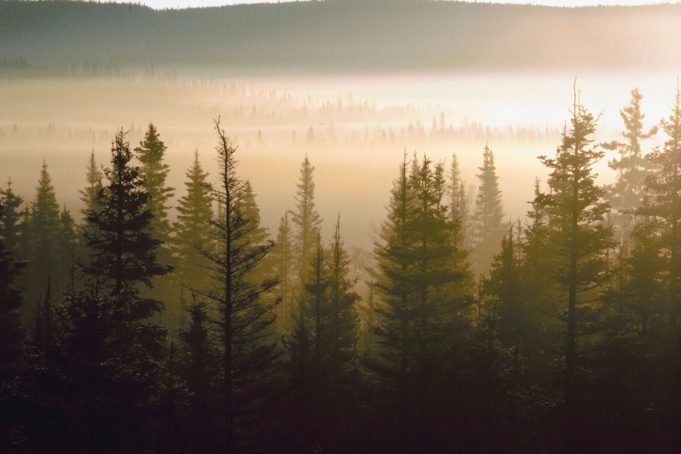 A ruling from the U.S. Fourth Circuit Court of Appeals has invalidated two permits for parts of the Atlantic Coast Pipeline (ACP) – the U.S. Fish and Wildlife Service’s (USFWS) Incidental Take Statement and the National Park Service’s (NPS) right-of-way permit, halting construction in Virginia for the time being. If construction proceeds on the ACP without the valid permits in Virginia, the court said it would violate its permit from the Federal Energy Regulatory Commission. Nevertheless, Dominion Energy said in statement: “In the meantime, we will continue making progress with construction in West Virginia and North Carolina.”

In an opinion written by Chief Judge Roger Gregory, the $5.5 billion, 600-mile natural gas pipeline does not have a “valid and enforceable” permit from USFWS for the “incidental taking” of five threatened or endangered species in its path. The judge said the authorization to take – kill, harm, or disturb – the five species is “arbitrary and capricious” and cannot be properly enforced. The Incidental Take Statement affects about 100 miles of the project’s route, but a “broader permit” that authorizes construction of the ACP is still in place, according to the Richmond Times-Dispatch.

The original May permit from the USFWS gave the pipeline company the go-ahead to take the habitats for the clubshell mussel, the rusty-patched bumblebee, the Madison Cave isopod, the Indiana bat and the Northern long-eared bat.

Furthermore, the NPS right-of-way permit, granted for the pipeline to cross beneath the Blue Ridge Parkway between Augusta and Nelson counties, was struck down due to the agency not having the given authority from the U.S. Congress. Arguments from environmental organizations involved in the case claimed that the Mineral Leasing Act precludes pipeline construction across the park service land. The act enables entrance onto public lands to explore for, drill, and extract minerals with permission granted by the government. Moreover, it allows the government manage the exploitation of leasable minerals and the authority to receive compensation from the lessee for the privilege of extracting minerals on federal public lands.

Currently law does not expressly give NPS that authority, the three-judge panel said. “However,” they explained, “the absence of an explicit delegation is not conclusive and, and this juncture, we need not decide whether [the act] explicitly confers on the agency the power ‘to stand in the shoes of Congress.'”

The Dominion-led pipeline was rerouted after a previous ruling to cross the Blue Ridge near Reed’s Gap, exiting a mountain tunnel across from the entrance to Wintergreen Resort in order to avoid the need for congressional approval to cross beneath the Appalachian Trail, which runs beside the parkway, the report states. The court said the NPS failed to demonstrate the consistency with the pipeline’s construction with the purposes of the the scenic parkway and the federal park system as a whole, which is defined as a conservation department.

“Thus, unlike other federal lands, such as the national forests, the National Park System’s sole mission is conservation,” the panel stated, also adding that the act “forbids [the park service] from authorizing any right of way that is not consistent with those parkway purposes.”

The NPS further argued that the ACP would pass 700 feet below the parkway, but the panel said its right-of-way permit would mean that the pipeline would disturb the scenic view from the roadway – namely the point at Three Ridges Overlook in Lyndhurst on the Augusta-Nelson line. The park service also failed to specify whether the proposed horizontal directional drilling through the mountain “will remain consistent with park purposes should the proposed drilling method fail.” If such an incident occurred, the project would resort to a backup plan, “which is expected to intensify the disruptive effects of the pipeline and impact additional observation areas,” the the three-judge panel said.

DJ Gerken, an attorney for the Southern Environmental Law Center who argued the two cases for Defenders of Wildlife, the Sierra Club, and the Virginia Wilderness Committee, said that Dominion Energy should be “rethinking” its entire project.

“This is not what the Blue Ridge Parkway is for,” he said. “It’s not for industrial crossings.”

Aaron Ruby, a spokesman with Dominion Energy, explained, “We believe the court’s concerns can be promptly addressed through additional review by the agencies without causing unnecessary delay to the project.” For now, the company will be making headway in two neighboring states.

Although clearing trees has taken place, the actual construction of the project has yet to begin in the Commonwealth because the State Water Control Board conditioned a water-quality permit on review and approval of plans to control erosion and sedimentation in waterways. This was the same situation that occurred last week as the appeals court decided on the Forest Service permit to cross a section of the Jefferson National Forest near Blacksburg.

The Richmond-based court will again hear arguments on September 28 in another lawsuit filed by the Southern Environmental Law Center on behalf of environmental organizations that challenges the Forest Service’s review of erosion and sediment control plans for the ACP. Although construction remains halted in Virginia, the company will move forward with operations on the two ends of the 600-mile pipeline.