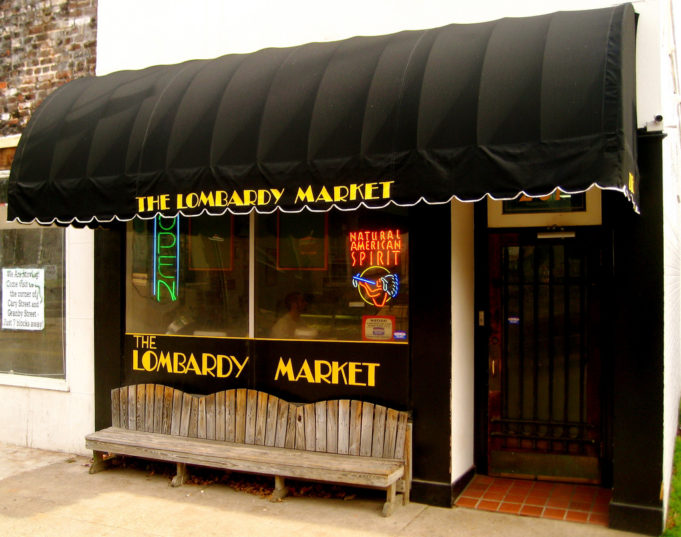 Richmond restaurant owners are now starting to push back against Mayor Levar Stoney’s new proposal to raise the city’s meals tax to pay for much-needed school construction that has plagued the city. According to a report from the Richmond Times-Dispatch, restaurateurs are brainstorming and devising a plan to lobby the Richmond City Council to reject the plan. They claim the city’s restaurants should not be singled out as the only ones to foot the bill for the dilapidated facilities overseen by Richmond Public Schools (RPS).

Last week, just before his “State of the City” speech, the mayor proposed a 1.5 percent meals tax increase, from 6 percent to 7.5 percent, that is stated to generate $9.1 million per year. Since the city’s debt capacity is now maxed, the new increase to the meals tax will allow Richmond to expand the capacity further and free up $150 million to borrow to fix school over the next five years.

Currently, Richmond’s combined sales and city meals tax is 11.3 percent. If the City Council approves Stoney’s measure to raise the meals tax rate by 1.5 percent, the combines rate will by 12.8 percent – one of the highest in the country.

On Tuesday, nearly three dozen restaurant owners met in Scott’s Addition to sound off against the tax hike. Frank Brunetto, Reuger Restaurant Group member and president of the Richmond branch of the Virginia Restaurant, Lodging and Travel Association said, “We know that there is a problem with the schools, we know they need to be fixed, and we know restaurants should not be the one bearing the full cost of that burden.”

The Retail Merchants Association (RMA), the 112-year-old organization that represents the interests of the Richmond-area retail community, released a statement earlier this week about their views on the proposed meals tax increase. RMA officials claim Stoney’s proposal is an industry-specific tax, one which will disproportionately effect low-income and working-class families and food service workers. As well, the RMA stated, “Virginia Retail Federation (VRF), alongside Retail Merchants Association (RMA) and Virginia Restaurant, Lodging and Travel Association (VRLTA), strongly oppose this industry-specific tax increase and encourage you to write your City Council Representative in opposition as well.”

Many have questioned why Richmond’s mayor has singled out restaurants and their patrons to pay for failing RPS facilities. “It should be broad-based,” said Scott Garnett, owner of Lift Coffee Shop and Café on Broad Street. “It shouldn’t just focus on us.” 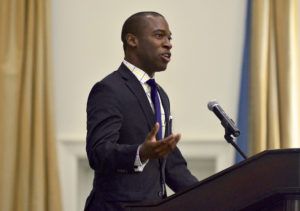 “As opposed to an increase in our city real estate tax, which would be born 100% by Richmonders, nearly a third of the meals paid in the city are paid by out of town visitors who live more than 50 miles away,” Stoney explained during his January 23 “State of the City” address. “Let me be clear – I do not relish the idea of imposing a higher tax on any of our residents, even our visitors…But, we are taking about one and a half pennies,” he added.

Restaurant owners are worrisome the tax could cause an abandonment of Richmond eateries, causing patrons to seek lower taxes on their meals in Henrico and Chesterfield counties. Richmonders have called for spreading the cost across the city’s tax base or cutting City Hall’s budget to help shoulder the costs.

In lieu of crumbling RPS facilities and the lack of funding to fix them, Mayor Stoney announced recently his plan for a major downtown redevelopment. The City seeks to replace the 13,000-seat Richmond Coliseum, build a Convention Center Hotel and re-purpose the historic Blues Armory Building, according to Richmond Magazine.

There are been various offers to buy and rebuild the Coliseum from the private sector, as well as offers to invest in the building around the area. Most notably, Dominion Energy CEO Tom Farrell and Altria Group CEO Marty Barrington seek to invest in the same project for redevelopment. It would be a much more fiscally responsible measure to let the private sector foot the bill to mend and redevelop the “North of Broad” area. It would allow City Hall to move its major prerogative from bolstering city-owned businesses to fixing failing schools.

In 2017, the Richmond School Board endorsed Stoney’s $224.8 million plan to replace the city’s overcrowded and un-maintained RPS buildings. Although the proposal was $74 million shy of being fully-funded, School Board leaders applauded it anyways.

Even though Mayor Stoney denied allegations that he is considering other tax avenues during a Shockoe Bottom press conference last week, funds are still need for RPS. “I have no plans for further taxes,” Stoney said on Tuesday. This was in light of the mayor considering an additional cigarette tax to fund school construction.

He added, “For me, as stated earlier, the $150 million in financing is a base for the School Board to start building schools right away. They can use other tools that will be at their disposal, whether it’s tax credits or performance contracting, things of that nature.”

The meals tax increase has come as surprise to many Richmonders. In November, 85 percent of Richmonders voted in favor of a referendum that would modernize the city’s schools and facilities, with a fully-funded plan that, “cannot be based on the passage of new or increased taxes.” However, Mayor Stoney opposed the popular referendum and is now getting favor from Democrats in the Virginia House of Delegates to raise taxes even further.

Delegate Jeff Bourne (D-Richmond) put forth House Bill 1409 in January that is set to remove the requirement of a plan to improve and modernize RPS without raising taxes. Bourne claims the Richmond City government should have as many options as possible to fix and upgrade RPS. “I wouldn’t want to handcuff the local government to explore all options to build these schools for our children,” he said, according to a Richmond Times-Dispatch report.

Paul Goldman, the architect of the referendum, claims he supports 10th District Senator Glen Sturtevant’s proposal, Senate Bill 750, which does not allow the mayor to raise taxes. “The goal remains to help these children and to fix this intolerable situation,” said Goldman.

Unfortunately, the future of the modernization and rebuilding of failing RPS schools and facilities is now in the middle of an embattled Richmond public square. Restaurateurs are now the subject to threats of an illegal boycott set forth by 3rd District School Board member Cindy Menz-Erb. Why is political retaliation a method that is sought after by the most liberal faction? Political intimidation on part of government officials is illegal.

Instead of using city funds to invest in the 10-block “North of Broad” area to attract high-priced events and wealthy business giants, they would be better used in fixing RPS facilities. 19 schools in the Richmond-area failed to obtain accreditation from the Virginia School Board last year. Of course, this is a problem that must be rectified, but the priorities of the city need to be readjusted to ensure that the needs of school children come before city enterprise.