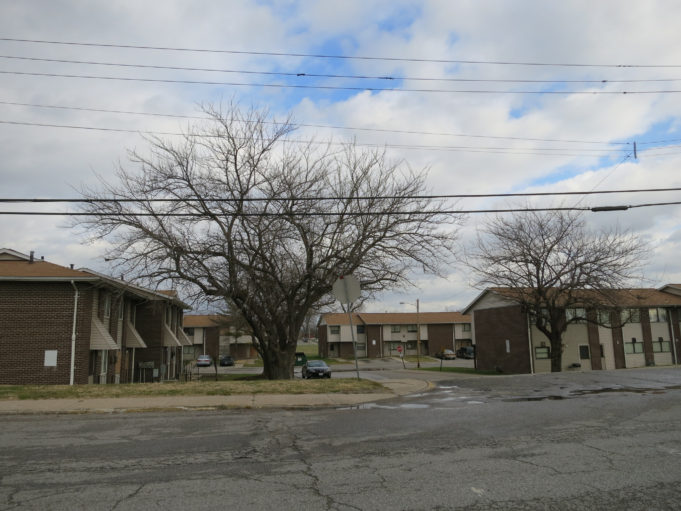 On Sunday, the failed executive director of public housing in Virginia‘s capital city resigned amid vast criticism following heating system failures in low-income neighborhoods, according to a report from The Washington Post. The tenure of T.K. Somanath, the current administrative head of housing projects in Richmond, has immediately ended, according to a statement released by Richmond Redevelopment and Housing Authority (RRHA) Chairman Robert Adams.

Somanath was overseeing the maintenance of low-income housing projects around the Richmond area. However, for weeks there has been a public outcry about ongoing heating issues in buildings at Creighton Court, one of the six massive subsidized housing communities run by the agency. In November, problems arose with maintenance in apartments in Gilpin Court and effected more than 300 units. The problems have been caused by a myriad of issues including rusted pipes, blockages, broken radiators, and deferred maintenance.

On January 9, community activists in Richmond held a rally at Creighton Court to raise awareness of the ongoing issues of heating and general maintenance. According to information from WTVR, Somanath claimed that some RRHA officials knew of the heating system problems a year ago, but a lapse in communication kept senior management from being informed and prepared. “Yes, there has been some lapses. I am the first one to admit we are not perfect,” Somanath explained.

In light of his resignation, the RRHA released this statement that was reported by WRIC:

Richmond Redevelopment and Housing Authority announced today the resignation of its Executive Director TK Somanath effective immediately. Mr. Somanath will be leaving the post that he agreed to take on temporarily in 2014. Mr. Adams noted: “This Board recruited TK Somanath out of retirement to help the RRHA though a transition period. We are grateful for his service to the Authority during the past three years and notably his accomplishments in beginning the critical work of replacing RRHA’s aging public housing portfolio.” The search process is being guided by the Governance Committee of the Board. Mr. Adams stated that he expects the search to move quickly.”

Residents in public housing in Richmond have been relying on space heaters and open ovens to heat their homes during one of the coldest winter spells on record in the area. In a recent report, Somanath claimed that the heating measures for the families were “sufficient” and did not believe there needed to be a focus placed on deferred maintenance in the units. He opined that doing so was similar to pouring money “into a sinkhole.” The comments from the former executive director were not well received by the public and garnered stark responses from members of the Richmond City Council.

RRHA officials say they will fix the problems with apartment maintenance after a terrible tenure of leadership under Somanath. On Thursday, residents of Creighton Court were sent letters telling the 50 families currently weathering the cold in their apartments that maintenance crews will begin restoring heat this week. As reported, the Department of Housing and Urban Development (HUD) has confirmed that the heating systems do not work in more than 50 units and in a total of 12 apartment buildings.

Weeks ago, officials from HUD and RRHA gave residents of the under-maintained apartments space heaters to deal with the cold spell in Richmond. However, as the work is being done to restore heat, the residents will be relocated to hotels or vacant apartments. An official from RRHA stated that since the original heating systems in the unis are so damaged, baseboard heating will now be installed in the units without heat.

During an interview on 1140 WRVA on Monday, the district’s representative, Congressman Donald McEachin (D-VA), was asked about the turmoil with RRHA. “It’s not exactly breaking news,” he said in reference to the failed heating systems of those in public housing. He claimed that HUD does not understand the monetary needs of the public housing projects in Richmond and that the RRHA needs more funding to better serve the people living there. However, the housing projects at Essex Village, Creighton and Gilpin Court continue to be under-maintained and overrun with crime.