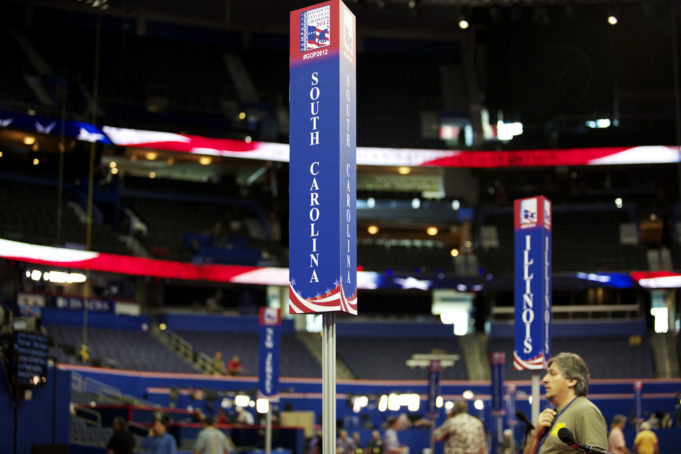 With a well-endowed war chest heading into what will undoubtedly be a contentious midterm election season as President Donald Trump enters into his second year in office, the Republican National Committee (RNC) is building an army to provide support for key races around the country. RNC Chairwoman Ronna McDaniel said, “Our record-breaking fundraising has fueled our ability to continue our permanent, data-driven field program in 25 states, including every battleground state.”

In a report from NBC News, the RNC is adding 170 staffers to its field program in March, more than doubling its numbers to 300. The Grand Old Party is also said to add at least 200 more staffers before the beginning of the summer when primary season subsides.

“This is the largest field program in our party’s history. Our infrastructure, combined with on-the-ground enthusiasm for President Trump and Republican policies puts us in prime position to defend our majorities in 2018,” McDaniel added.

The Democratic National Committee (DNC) has struggled with fundraising over the past year, following the fallout of the leadership in the DNC after the 2016 presidential election. Although some reports claim additional “blue waves” will come into states flowing last year’s election cycle, the Republican Party is stacked with cash and prepared to keep their majorities in the House and Senate.

In January, the RNC raised $12.4 million, for a grand fundraising total of $144.9 million since the start of 2017. Officials within the party claim they have nearly four times as much cash on hand as they did going into the 2014 midterms.

Although Democrats typically have a solid ground game, the RNC is set to bolster boots on the ground as they are flush with cash this year. Along with proposed campaign funding from the Koch Foundation totaling over $400 million coming in after primaries in 2018, the Republican Party at-large could have at least a half billion dollars in the bank.