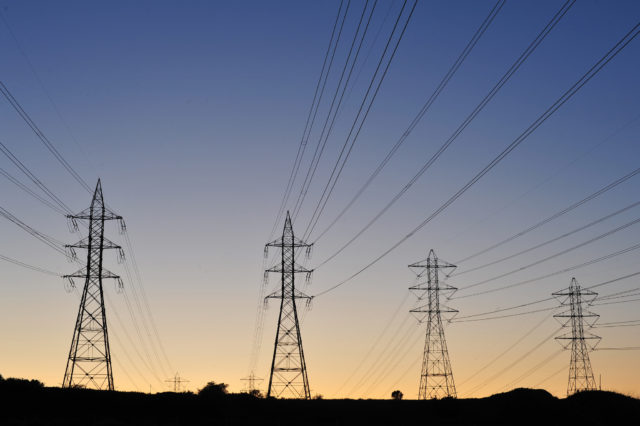 Legislation seeking additional funding to bring broadband to rural Virginians has been named a top priority during the 2018 Session of the General Assembly. Senator Frank Ruff (R-Clarksville) and Delegate James Edmunds (R-Halifax) have brought forth the expensive proposition that has already garnered $10 million from the tobacco commission by the Mecklenburg Electric Cooperative to supplement state costs. “Until everyone of my constituents can get reasonably priced broadband, that’s always going to be an issue,” said Edmunds.

According to Tech Republic, white space, “refers to the unused broadcasting frequencies in the wireless spectrum. Television networks leave gaps between channels for buffering purposes, and this space in the wireless spectrum is similar to what is used for 4G and so it can be used to deliver widespread broadband internet.” White space broadband can travel up to 10 kilometers, as stated by reports, and can travel through trees, buildings, and other natural and artificial obstacles. Wireless internet using white space can be accessed via fixed or portable power stations.

For Senator Ruff, another legislative imperative is funding for Southern Virginia Community College and their fast-track workforce training program. The program helps students quickly receive training for jobs like occupational nurses, truck drivers, welders, and other skilled-labor programs. “Approximately 6,000 people have finished the program, and on average they will be making three times what they were making before they went into the program,” said Ruff.

Since control in the House of Delegates now stand at 51-49, with Republicans holding onto a slim majority, Edmunds believes the biggest challenge for the 2018 Session is bringing both sides of the aisle together to address key legislative issues. “I’m not sure what will be accomplished this year,” he said.

Republicans also currently hold a narrow 21-19 majority over Democrats in the State Senate. According to a report from The Gazette-Virginian, Senator Ruff explained, “I know our biggest challenge in our area is how do we get to know those folks though they may be on either side of the aisle. New faces from urban and suburban areas don’t understand rural Virginia.” In reference to proposed legislation that may not involved representatives from urban or highly-populated areas, Senator Ruff added, “Most of them are used to subdivisions with nice streets and sidewalks and have no idea about anything below Fredericksburg.”

In the “blue wave” that encompassed Virginia politics, Delegate Edmunds opined, “We lost a lot of institutional knowledge.” He said, “Now you’re starting with a clean slate, and that’s going to take a lot of time to build those relationships back up.” While the progressive agenda set forth by Governor Ralph Northam may over shadow smaller, more inclusive bills Virginians need, like access to broadband in rural areas, there are Virginia lawmakers that are fighting to serve their constituents.