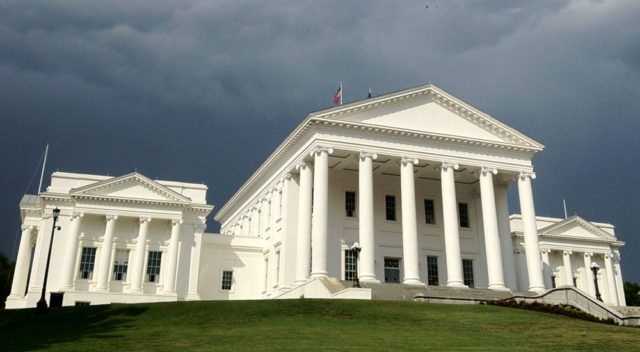 Virginia Democrats are struggling with the reins of leadership as senior personnel on select committees are resigning in disgust, say sources close to House leadership.

The alarm bells were run this morning in a statement from non-partisan Virginia FREE:

Yesterday, during the first meeting of the newly named Labor and Commerce Committee in which legislation was considered, Division of Legislative Services Senior Attorney Frank Munyan closed his bill book and quietly said to committee Chair Del. Jeion Ward, “You’ll have my resignation tomorrow.”

Ward, unaware of Mr. Munyan’s sincerity, apparently thought he was joking and laughed. He was not joking.

Mr. Munyan proceeded to go to his office, sign his Virginia Retirement System paperwork and then promptly left the Pocahontas Building.

This comes just days after the fact that many House and Senate subcommittees didn’t have legislation to review as late as this week, with the previous week having some committees in limbo thanks to the hodgepodge and scattershot pace the House Democrats seem to be pursuing.

Just this morning, House Minority Leader Todd Gilbert (R-15th) took to the House floor to castigate the Democratic-controlled chamber about the lack of priority and lack of focus:

.@cToddGilbert on the floor accusing House Dems of not getting up to speed fast enough. Other than the ERA, he says, no bills are moving.

“It just seems slow. It seems awkward. It doesn’t seem like it’s getting any better.”

Democrats responded with little more than vitriol, but given their prioritization of anti-Second Amendment legislation and the moribund pro-abortion ERA amendment, such complaints signal Democratic sloppiness rather than intent.

Mr. Munyan’s departure is a brutal blow to a legislature already behind schedule. Senate C&L and House L&C Committees hear the most complex bills and issues that impact every business, every employee, and just about every person in the Commonwealth.

When reached this morning and then asked for comment via email, Mr. Munyan did not reply.

Meanwhile, as Republicans continue to raise questions, Richmond is preparing for upwards of 100,000 Virginians descending on Capitol Square for the Virginia Civil Defense League’s Lobby Day — with many of them being channeled along Grace Street and told to disarm before the enter Mr. Jefferson’s Capital.