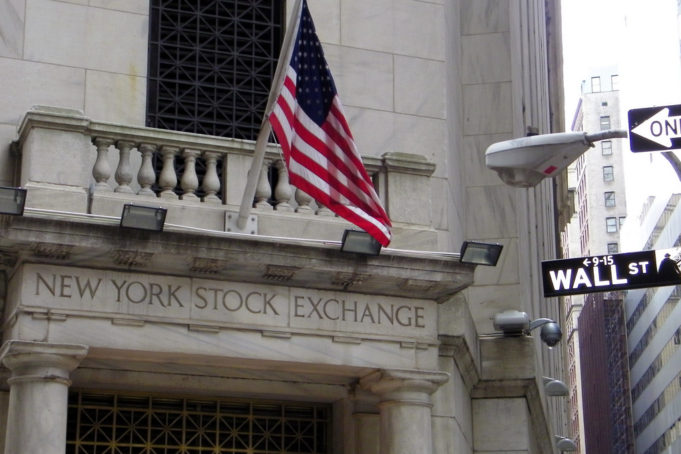 As stocks tumbled on Monday leading to the worst Christmas Eve ever on Wall Street, rising concerns over slowing economic growth have caused major industry firms to be falling past correction territory, with the S&P 500 index on pace for its biggest percentage fall since the Great Depression. With the U.S. government still shutdown since the Senate adjourned last Friday without deliberating a $5.7 billion funding measure from the House that included money for the proposed U.S.-Mexico border wall, uncertainty in both the public sector and the market may very well continue through the beginning of 2019.

Yesterday, Treasury Secretary Steven Mnuchin was in close contact with at least six top U.S. banks amid the weeks-long stock market downturn, pulling in others to help solve the decline. Known as the “Plunge Protection Team,” Mnuchin is utilizing the “Working Group,” which includes Federal Reserve Chairman Jerome Powell and other directorates of the U.S. financial system, and the chief executives of Bank of America, Citi, Goldman Sachs, JP Morgan Chase, Morgan Stanley, and Wells Fargo. According to a report from Reuters, a statement from the Treasury Department said, “The CEOs confirmed that they have ample liquidity available for lending.”

Deeper concerns as the stock market has its worst week in a decade include other market conditions that mirror the economic downturn from which a good portion of Americans are still recovering. The high-yield bond market has been downgraded from “A” to “BBB” – which Zero Hedge reports was upwards of $176 billion dollars worth of bonds edging towards “junk” status – shades of the anxiety-ridden economic effects that occurred in the early years of the Great Recession that were sparked, in part, by similar bond conditions in November 2008.

With the S&P 500 on the brink of a bear market, dropping 12.5 percent in December alone, the Nasdaq Composite has also slumped 13.6 percent this month, officially in bear market territory after declining nearly 22 percent from its record high in late August.

The widely-watched Dow Jones Industrial Average dropped 600 points on Christmas Eve, the worst holiday loss in history. In December, the Dow has fallen 13.63 percent, and is down from finishing the trading session at 26,828.39 points on October 3 to 21,792, a 19 percent drop and a 52-week low.

Amid federal funding uncertainties in Washington where the partial government shutdown has affected over 800,000 federal employees, President Trump is also rumored to be looking at firing Fed Chairman Powell. The claims, however, have been downplayed by Secretary Mnuchin and other White House officials.

The Atlanta Federal Reserve Bank’s GDP Now model estimate for the real-gross, seasonally-adjusted annual rate of gross domestic product (GDP) growth in the fourth quarter (Q4) of 2018 is 2.7 percent, reported on December 21. The figures are down from analysis just one week ago that forecast 2.9 percent. Furthermore, Q4’s real personal consumption expenditures growth decreased from 4.1 percent to 3.7 percent.

The Federal Reserve has stated their efforts to institute additional interest rate hikes in 2019 will be less aggressive, with some predicting two or three quarter-point increases. Chairman Powell has said the economy remains strong and outlook is positive, despite the tightening of financial conditions as the central bank reconsiders its relaxed program to shrink its balance sheet.

With Wall Street continuing to panic and pundits alluding to a quickly-approaching recession, while some of the stock market figures are reminiscent of 2008, the Great Recession hit with a blow that was predicated on multiple financial quarters of economic contraction. In 2008, GDP was 2.5 percent lower than the prior year, which came right after the subprime mortgage crisis of 2006 and the banking liquidity crisis of 2007 that spread to the general economy and the stock market.

Considering there was substantial GDP growth in the previous three financial quarters – as well as measured growth since the early years of the Obama Administration – a depression is not on the immediate horizon. However, it could be in the not too distant future.

As world markets are shuddering from currency crises and the aggressive tariff measures on part of President Trump’s “America First” policy on trade deals and international business transactions, the U.S. still remains strong. Even though Americans may not be enjoying the four percent and above growth in GDP seen in Q2 of this year, and may end up not enjoying that for a while, it is still growth.