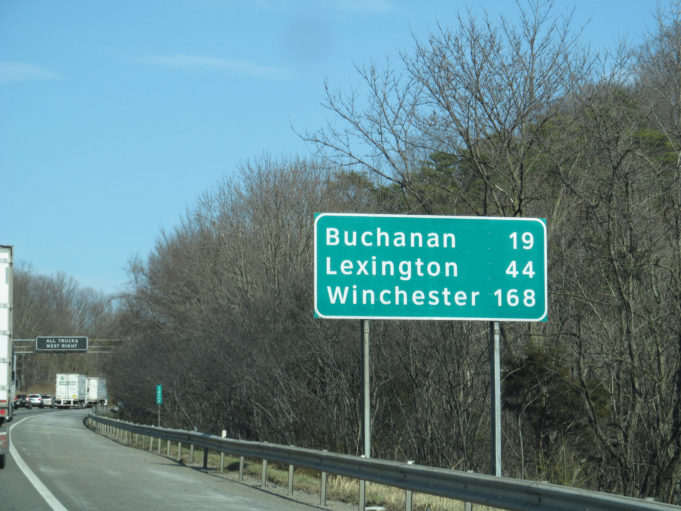 During a Wednesday meeting at Lord Fairfax Community College, in Middletown, just south of Winchester, the Shenandoah Valley public had its first look at the proposed long-awaited improvements to the main transportation artery tucked in between the Blue Ridge and Appalachian Mountains. Interstate 81 serves as a highly-utilized trucking route to transport goods as well as one of the main routes to the western part of the U.S.

Nick Donohue, Virginia’s deputy secretary of transportation and director of the office of intermodal planning and investment, remarked, “I think this is one of the more robust comprehensive looks of I-81 in decades.”

“I think we have identified a good set of possible improvements,” he added, as reported by The Winchester Star.

The suggested improvements begin with what the Virginia Department of Transportation (VDOT) calls the “Staunton District,” which includes the Winchester region, about 90 minutes driving distance to the north. The total estimated cost currently sits around $1.2 billion, almost half of the $3 billion projected cost of the entire proposed statewide highway corridor improvements.

One of the suggested improvements is the installation of more overhead message boards and traffic cameras to aid drivers with information of roadway incidents ahead – all in real time. As well, transportation officials are looking to revamp detour routes when accidents or construction occurs by being able to alter the timing relays on stop lights on the alternative routes to help keep traffic flowing.

The measure would help rectify the problems along I-81 echoed by the public during a June comment period, wherein the Commonwealth Transportation Board received 161 congestion related complaints and 138 safety related complaints, as well as 104 complaints on other topics.

VDOT Project Manager Ben Mannell explained that a recently conducted study found that 51 percent of delays on I-81 appear to be incident related, “making for unpredictable travel,” he said.

Though, the biggest aspect of the I-81 Corridor Improvement Plan is adding lanes in sections of the highway. As of right now, there is a proposal to add around 150 miles of additional lanes, about 20 percent of the total length of the I-81 corridor.

Furthermore, the state will be increasing the length of certain on and off ramps and auxiliary lanes to allow drivers to go from one exit to the next without impeding the main flow of traffic.

However, the northernmost stretch of I-81 around Winchester near the West Virginia border seems to have been forgotten in the new plan. John Bishop, assistant director of transportation for Frederick County, questioned transportation officials during the Wednesday meeting about why the proposed improvements seemed to have stopped at the Berryville Pike exit and did not include improvements for the Martinsburg Pike exit, both of which are in Frederick County. Bishop said there is a perception in the area that crashes and incidents have increased there in the last couple of years.

Donahue responded saying that while incidents have occurred there, the area did not register as one of the top problem spots on the corridor, but future changes can be made if the frequency of incidents increases.

Part of the state’s plan to improve the highway corridor is finding a way to offset costs with additional revenue sources. Such possibilities include instituting a toll for heavy commercial vehicles, a regional fuel tax, and a regional retail sales and use tax.

While a fuel tax and other forms of regional taxation may become unpopular with some, a heavy commercial vehicle toll could wind up being challenged in court. The Virginia Trucking Association has said that any proposal calling for truck-only tolls violates the anti-discrimination provisions of the Commerce Clause of the U.S. Constitution.

Regardless, John Hutchinson, director of conservation for the Shenandoah Valley Battlefield Foundation, remarked after the meeting that the overall plan means “There will be less land disturbed and they are building those lanes where they are needed; it is more targeted. They are being smarter about improvements this time around.”