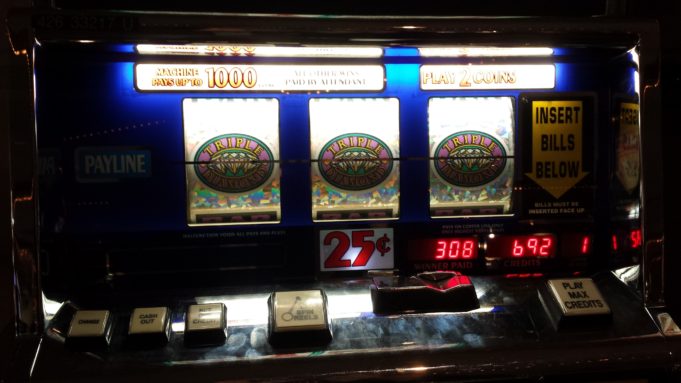 The Daily Press has been positively breathless with the reporting, and for good reason.  Could full-fledged casino gaming finally be coming to Virginia?

Before anyone starts warming up the engine and making the trip down I-64 to blow this week’s paycheck, reality suggests the approval process both state and federal is long, torturous, and potentially a multi-decade affair.

Let’s start with the three classifications of gaming per federal law.  Class I gaming is your turn of the mill sort of deal: raffles and the like.  Class II is the sort of gaming that you see in Virginia currently — bingo, pull tabs, scratch offs.

Class III — which is what the Pamunkey are looking for — is literally everything else.

What follows is a multi-step process to get the land recently purchased by the Pamunkey into what is called “land into trust” status, or LIT.

That’s just the federal part of the deal.  On the state side, not only must the Code of Virginia be amended to allow for Class III gaming, the General Assembly will literally have to approve a treaty with the Pamunkey Tribe (hypothetically negotiated by the Governor) that will outline what revenue sharing would look like, where it would apply, and so forth.

Moreover, the Pamunkey themselves will have to create a series of regulations internal to the tribe as to how the revenues will be distributed within the tribe: who collects, who distributes, what amount do families get, does it go into a trust, etc.

For a more local comparison, National Harbour was bought in 1999 with plans for a casino, a process that required the Maryland General Assembly thirteen years before finally opening the MGM-run facility in December 2016 — a nearly 18 year wait from concept to completion.

Want a more extreme example?  The Mashpee Tribe in Massachusetts took advantage of the enabling 1988 federal legislation almost immediately.  The process continues, with the casino property only now being developed despite the project being tied up in the courts — a 30 year Gordian knot.

Meanwhile, Virginia House Speaker Kirk Cox has issued a statement that should throw some cold water on prospects that casino gambling will be coming in the near future:

I have a long record of opposing the expansion of gaming in Virginia, particularly casino gambling. I do not believe opening the Commonwealth to casino gambling is in the state’s long-term best interests. I will continue to strongly oppose casino gambling and will encourage my colleagues to oppose it as well.

…which means that in addition to the regulatory and legislative hurdles, the sort of casino gaming that one might see in Las Vegas or Atlantic City faces internal opposition as well.

None of this should be a discouragement to those who support gaming in Virginia.  Far from it, the process is both legal and clear, and will require intensive conversation in order to acclimate Virginians (and policy makers) on the pros and cons of such an enterprise.

Nevertheless, supporters of gaming should cage their expectations with a serious dose of realism.  The path is not impossible, but casino gaming by design is supposed to be a hard choice with a lengthy deliberation process.  That’s not precisely good news for folks looking to get their poker fix in Virginia over the next six months, but neither is it good news for opponents of casino gaming looking to slow down an inevitable process.