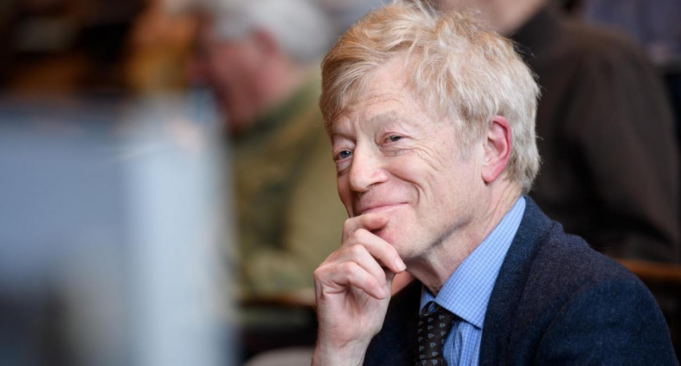 One of the best observations about modern politics is the term political religions to define the two major parties.

For myself, my camp is firmly within the Republican Party. Not because my values are going to shift dependent upon whatever a poll tells us is best suited for coalition victories, but rather because my own values at present are best expressed here than in any other political framework.

On life, regulations, taxes and the 1A and 2A I am in good company. In other items not so much — especially when it comes to education, labor and wages. But that’s because the vast majority of people haven’t faithfully read Milton Friedman, F.A Hayek or Whittaker Chambers — yet.

Of course, I’ve never been one for the pom-poms. Nor am I constantly staring at my boots kicking the dirt as most cynics do. I wouldn’t hire a doctor or a mechanic who either overly optimistic or overly pessimistic — but you certainly want the one who shoots you straight and doesn’t peddle in nonsense.

For myself, clear-sighted realism is a good thing — it sure beats hyperbole every time.

Which is of course a bit of a prep job for the not-so-good news — that former Democratic governor Terry McAuliffe is still leading the Virginia gubernatorial race against Republican challenger Glenn Youngkin with the same 4-5 point margin he has maintained since August.

Momentum for Youngkin may be building, but as St. Mad Dog Mattis of Quantico and Patron Saint of Chaos reminds us from on high, the opposition still gets a vote.

Let’s get into the numbers and what might be happening here:

Just to recap: even after Afghanistan and Biden’s mid-40s approval ratings, even after defunding the police and CRT, we find the Virginia landscape right about where folks thought it would be. Democrats with a base of 53% and Republicans with a base of 47%.

Granted, the after effects of McAuliffe’s disastrous second debate performance are yet to register. One suspects while the choir might love the sermon, the folks who are going to be motivated by that gaffe about parents are already in the game for Team Youngkin. Probably won’t move the needle too much.

At present, McAuliffe is leaning into the ropes during the October championship rounds and is perfectly content to let the demographics of the Commonwealth do his work for him.

In short, Republicans — particularly pro-lifers and defenders of the 2A — are still looking for a positive reason, and this fight still has to be brought to the Democrats.

Now consultants who are paid gobs of money to recline in chairs are going to tell you something pretty close to this:

Look, let’s not get ahead of our skis. Play it calm and talk logistics. The numbers say X, the focus groups tell us X+. If we do Y or P then it is going to have X- effects. Ambiguity allows more LVs to impose their own values on the candidate, while specificity opens up opportunities for attack. Voters perform X to achieve Y. So focus on the numbers, make turnout predictable and low, and keep the registered voters at home.

The reason why a veteran salutes the flag when no one is watching isn’t because he is getting something out of it. Veterans express their identities as veterans by doing so — and that is the secret of why people vote.

Voting is borrowing the identity of the candidate as an expression of their own values — simple as expressive choice theory.