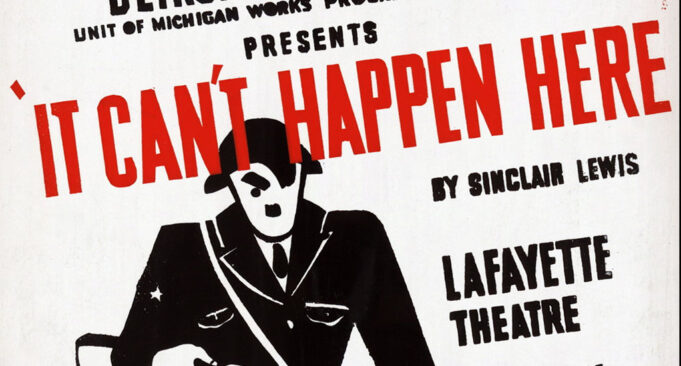 When the Electoral College met on December 14th, they cast more than 270 votes for former Vice President Joe Biden. Under our Constitution, that makes him President-elect Joe Biden.

More than 70 million people are unhappy with that result, having voted for President Trump. This is understandable and justifiable. Binary choices always create winners and losers.

But rather than channel their discontent into political action, a number of people have called for President Trump to suspend the Constitution, declare martial law, and hold a new election in states where the President has alleged significant voter fraud.

This is, in a word, insane. Our system of laws has a way to sift through allegations such as these, and it has been employed to the nth degree by President Trump’s legal team. The courts, including the U.S. Supreme Court with three members appointed by President Trump himself, have found these charges of massive fraud and illegality wanting.

Nevertheless, some who should know better continue to call for a military-run revote.

So, you want martial law? Here’s what that looks like:

1. Not long after President Trump gives the order, armed units of men with automatic weapons move into all 50 state capitols with the goal of seizing election records and voting equipment. Rest assured, this would not go unchallenged as states resist what is literally an extra-Constitutional exercise of military power.

2. Police forces might attempt to block the takeover, but the military has been given their orders. The result will be violence. Police will attempt to arrest the soldiers carrying out their orders. Soldiers will resist being arrested.  No doubt the military forces will win, as they not only outnumber police but also are trained to close with and destroy the enemy — they are not and have never been a police force.

3.  Civilian unorganized militia — most likely organized under Antifa — will spontaneously emerge either in conjunction with or in opposition to local and state law enforcement to secure the ballots.

4.  From there, the situation would deteriorate quickly, as images of dead police officers and civilian officials spread into the media. Military leaders would be forced to take over major media outlets and implement censorship to keep those scenes from reaching the public and inciting more violence.

5.  But the information will get out and violence will spread. Now the military is faced with an even greater problem — a very well armed resistance, with unknown firepower behind every door. Their response would be automatic — door to door searches and confiscation of firearms to remove the danger facing the troops until their election mission is finished.

And thus the nightmare of many of those calling for martial law comes to pass — a disarmed public under the rule of a military dictatorship.

One may argue that this sort of thing would never happen. The troops support the Second Amendment, and law enforcement respects the military, etc.

Yet Pandora’s box contains all sorts of horrors.  The key to that box is “suspending the Constitution” in order to save it.

Once that line is crossed, it is impossible to uncross.

You can not have limited martial law, just as you cannot be a little bit pregnant.

Make no mistake, deploying troops to take over an essential civilian function when the bodies that perform those elections are still functional is a line that has never been crossed in American history.

The job of the U.S. military — with the obvious exception of the Coast Guard in peacetime — is simple: kill people and break things.

Crossing that line even once invites disaster. Charles Dunlap, Jr., tackled that subject well in his 1992 essay “The Origins of the American Military Coup of 2012.”

Set in a then-distant future, the U.S. is under the rule of General E.T. Brutus, who came to power with the approval of the people after decades of employing the military to overtake civilian roles. Dunlap’s dystopia is prophetic in part — distrust of the government has left the military the one institution that still merits respect and trust. From there, it took but one dishonorable man to bring down centuries of civilian rule.

Our country flirted with the imposition of military rule once before. At the end of the Revolution, the army had not been paid, Congress was feckless and was nowhere close to settling its debt with the men who had won the war.

It was only the timely intervention of George Washington that preserved civilian rule.

At the end of a speech to his officers, he pulled out his glasses to read a letter.

“You will permit me to put on my spectacles, for I have not only grown gray but almost blind in the service of my country,” he said.

The words left his men in tears. With one sentence, he reminded his men of the ideals for which they had fought, and how much he himself had sacrificed.

Calls to set it aside, even for a limited purpose, represent a danger without parallel.