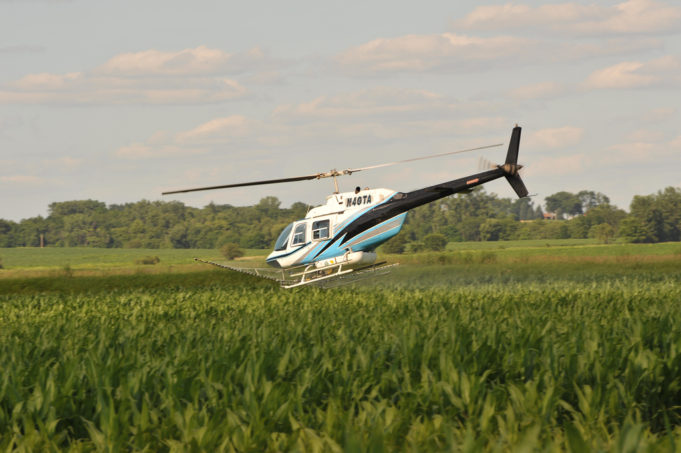 Although most big ticket tech innovations come with fancy new cellphones, powerful computers, and even military applications, down in Southwest Virginia, innovations in civilian drone technology has garnered a grant from the Virginia Coalfield Economic Development Authority (VCEDA) to bring about a new type of crop dusting, a vital part of commercial agricultural – the Commonwealth’s number one private industry. Remote Agri-Drone, based in Cedar Bluff in Tazewell County, offers agricultural spraying services for controlling plant and brush vegetation on farmland and in other areas, including drone services for plant fertilization and soil analysis.

Typically, crop dusting large swaths of Virginia farmland is done with helicopters or small propeller-driven airplanes. The company, owned by Don and Cheryl Nelson according to SWVA Today, seeks to take a 21st Century look at these farming methods, leading them to be a recipient of a $10,000 grant from VCEDA as seed capital to expand operations in Southwest Virginia.

“Remote Agri-Drone’s business model fit perfectly with VCEDA’s emphasis on locating businesses in the emerging technology field in the coalfield region,” said VCEDA head Jonathan Belcher, adding that drone technology is one of their areas of target development.

Nelson said, “The VCEDA seed capital matching grant will enable me to purchase another drone and camera bundle to enable us to expand our business further.”

These types of drones can also be fitted with high resolution cameras to be utilized in inspecting electrical wires, pipelines, bridge infrastructure, and conducting topographic surveys, including search and rescue applications. Moreover, Nelson met with state officials from the Natural Resource Conservation Service and the Department of Game and Inland Fisheries recently, discussing mapping capabilities for future projects.

He was taught how to fly drones at Southwest Virginia Community College (SWCC), which offers the Federal Aviation Administration’s (FAA) Small Unmanned Aircraft Systems preparatory certification class providing an introduction to small unmanned aircraft as well as regulatory requirements for commercial-use drones. The Tazewell County resident said he is also pursuing a secondary part of licensing with the Virginia Department of Agriculture and Consumer Services (VADACS) to crop dust farmland.

Nelson explained that he chose to get into the drone business from an “agricultural standpoint,” saying that “his research had shown that farmland was being lost at the rate of 3,000 acres per year due to brush and weeds. If not addressed, based on rising U.S. population, it could mean food shortages by 2025,” the report stated.

“If I can help recover acreage, that’s the goal,” he added.