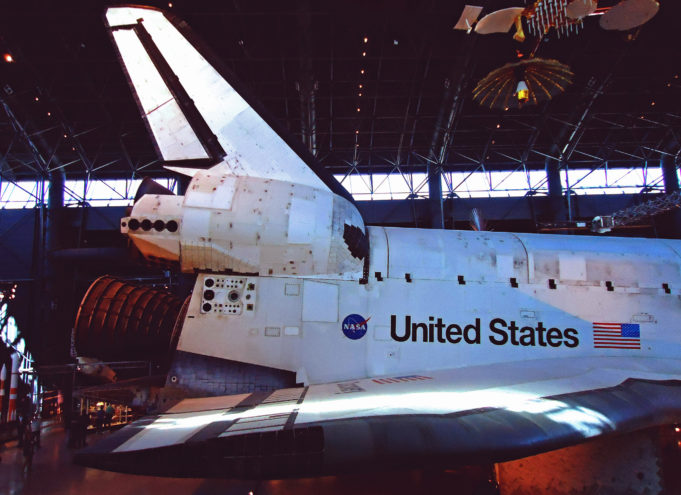 Although “Space Force” was announced just a few weeks ago, the Department of Defense is already working on an aircraft, shall we say spacecraft, with a test flight set for 2021. Unfortunately, it is not an X-Wing, or the Starship Enterprise, or the Dreadnought Tempest. But, it still has a cool name – the Phantom Express.

The project spearheaded by a Pentagon research agency and aerospace giant Boeing seeks to construct a reusable spacecraft that has the ability to launch small satellites 10 times in 10 days, according to the LA Times. Moreover, the craft will be utilizing the same type of reusable system as Elon Musk’s Space X, with the vehicle being returned to Earth for further use.

Scott Wierzbanowski, an experimental space plane program manager at the Defense Advanced Research Projects Agency (DARPA), has explained the concept as a “launch on demand” service. The plan is to take smaller satellites to a specific orbit when they need to, rather than piggybacking onto other scheduled launches of more prioritized payloads – even those in foreign countries.

The Pentagon has now leaned on Boeing, which has leaned on its commercial aircraft division. The materials to be used for the 100-foot-long vehicle with a 62-foot wingspan are based on the company’s 787 jetliner. With the plans for “rapid reusability,” program officials say the space plane will launch vertically like a typical rocket, deploy an expendable second-stage booster that will push the satellite to its intended orbit and then return to Earth and land horizontally like a plane on a runway, according to the report.

Steve Johnson, director of launch processes at Boeing Phantom Works, explained that the design approach makes the vehicle easier to maintain and operate.

The total government funding for the Phantom Express is around $146 million, with Boeing refusing to disclose their investment, saying only that it is a “significant commitment.” DARPA’s Wierzbanowski says the ultimate goal is to reach a per-launch cost of $5 million, making the space plane, once operational, significantly cheaper than the existing rockets already aimed at the medium-sized satellite market.

Once completed, Boeing plans to commercialize the space plane and offer it to government and commercial customers. So, in just a few short years, anyone can purchase the first real-working spacecraft for America’s Space Force.