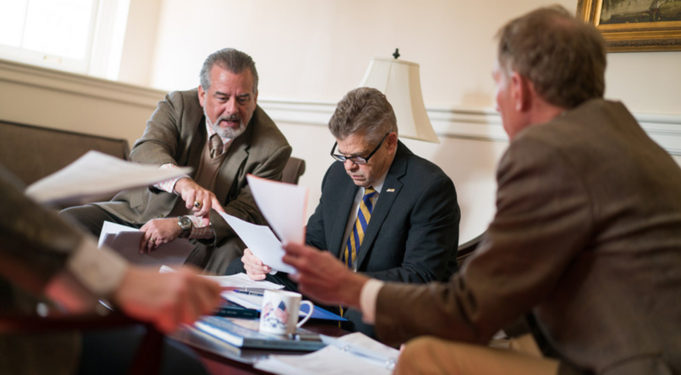 Earlier this year, Virginia Republicans froze college tuition for the first time in 20 years. Now the highest ranking Republican in Richmond wants to see it happen again next year.

“This is a good first step,” said said House Speaker Kirk Cox, R-Colonial Heights, speaking with WOQI’s Mari and Brian in Lynchburg Friday morning. “Next year I’d like to see us do this again.”

Republicans included $57 million in this year’s state budget to help offset the rising costs of tuition. But rather than just increase funding to schools and hope that the funds were used to hold down tuition, budget writers included a provision that tied additional state money to holding the line on tuition.

In other words, if tuition went up, the extra state money went away. As of last week, every public four-year college and university in Virginia had taken the deal and signed off on a freeze for the coming academic year.

Legislators have been hearing horror stories about skyrocketing tuition and crippling debt for years, but concrete action that made a dent in bills has been hard to come by.

“In the past, sometimes[schools have] gotten [additional funding] and the tuition increase,” Cox said. Legislators were hopeful that most schools would take a deal, and are pleased that all have.

“It’s pretty substantial money,” Cox said. Colleges are also hearing from their students and parents about the costs — and they’re listening. “There’s a real groundswell out there on college affordability.”

In the past, legislators have taken steps to limit costs on the non-academic side of schools, but there’s still work to be done all around — including work by colleges to become more efficient in administration and other overhead costs.

But holding the line on tuition? That’s a project Cox said he wants to see again.