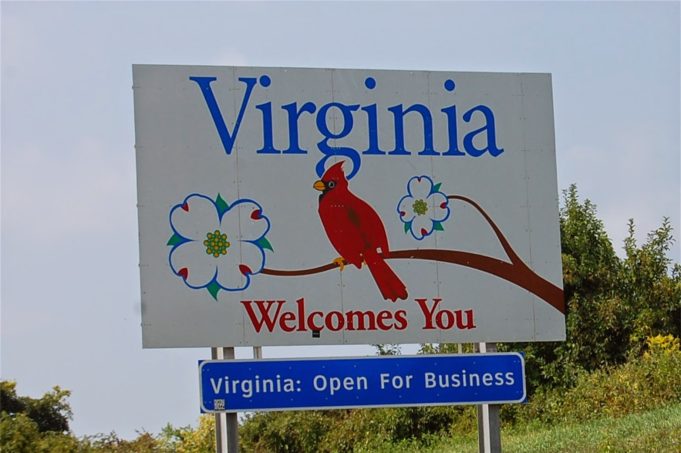 “For six consecutive years since the Great Recession, real (after-inflation) economic growth in Virginia lagged that of the United States,” a new report on the state economy reveals. Though, the report’s lead author, Old Dominion University (ODU) economics professor Robert M. McNab, said that “it appears from our perspective that for the first time this decade, the Commonwealth will be at or above the U.S. rate of growth,” in 2019.

The “2018 State of the Commonwealth” report says that although the recession hit Virginia very hard, one of the “twin hammers” of the economic downturn was federal budget sequestration. A vast amount of current growth in the state comes from the exact opposite – federal budget spending, namely for defense.

“Recent increases in federal spending have been and will continue to be a boon to the Commonwealth’s economy. In the short term, increased federal spending will boost Virginia’s economic performance, but the question remains, for how long?” the 168-page report states. They warn that with increased
discretionary spending, “the consequence will be a rapid deterioration in the fiscal position of the federal government” as federal deficits will likely exceed $1 trillion in 2019.

Approximately 30 percent of economic activity that occurs in the state comes from federal spending, which the report says is “a blessing and a curse” because the economic stimulus of federal contracts and defense spending may not last. At some point, the U.S. government may come down to a choice of either having to raise taxes to pay for Virginia-based defense contracts, or cut them to save money, creating a negative impact on such a dependent state economy.

Regardless, Virginia’s gross domestic product (GDP) has been growing steadily for five consecutive fiscal quarters, leading to 4.2 percent in the second quarter of 2018, which was boosted by the Republican-led federal tax overhaul signed into law in December of 2017. For next year, the report is forecasting that Virginia’s economy will grow at about 2.6 or 2.7 percent.

Furthermore, the Commonwealth’s unemployment rate fell from a recession high of 7.5 percent in February 2010, to a seasonally-adjusted low of 2.9 percent in October 2018, the best figure since 2007. Meanwhile, the labor force participation rate in Virginia declined, which has also been seen nationwide. One factor behind this could be languishing wages, which gained 3.1 percent this year, but have gain erased through interest rate hikes from the Federal Reserve.

As retail and tech giant Amazon is set to open part of its second headquarters in Northern Virginia’s Crystal City, with 25,000 employees to be hired, high-paying jobs will also help the Commonwealth improve average wages. The report stated that the economic development measure “will conservatively lead to the creation of another 40,000 jobs, and ‘a more optimistic’ estimate is well over 60,000 jobs.”

One area of improvement the report found for the economic conditions in the state is with the tax code – a current highly contentious topic. The report adds that if “Virginia is to continue to improve its economic fortunes, then it must address its sometimes antiquated tax system.” Though, the state must also “maintain its competitive advantage in workforce development and make wise investments in public infrastructure.”

“For the first time this decade, Virginia is poised to grow robustly for two (if not more) consecutive years,” the report concludes. “One might survey the economic data and conclude that not only is Virginia back, but that it is back with a vengeance.