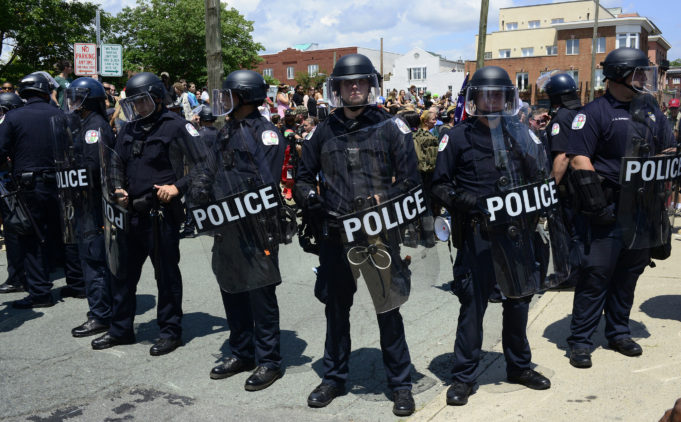 Edging closer to the one-year anniversary of the alt-right rally in Charlottesville, Virginia, which led to the deaths of counter-protester Heather Heyer when a car drove through a crowd of hundreds of people, and two Virginia State Trooper pilots after their helicopter crashed monitoring the event, Governor Ralph Northam has declared a “state of emergency” for the Central Virginia city and parts of Northern Virginia. The rally organized by neo-Nazi and white supremacist groups on August 12, 2017, occurred over the proposed removal of the statue of Robert E. Lee from a downtown park, which quickly deteriorated into clashes between members of Confederate-sympathizing groups and Antifa, including other counter-protesters.

In a report from USA Today, Virginia State Police Superintendent Gary Settle said more than 700 state police will be activated during the weekend and “state police is fully prepared to act” to prevent any incidents like last year.

NBC 12 reports that Jason Kessler, the organizer of the 2017 “Unite the Right” rally, had a permit approved for a rally this Sunday in Lafayette Park in Washington, D.C., just a few blocks north of the White House. 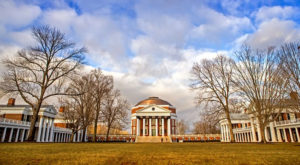 In response to this weekend’s proposed activities, University of Virginia (UVA) President Jim Ryan, via a news release, said that “UVA is putting safety measures in place that will limit access to certain areas on Grounds and prohibit certain items from being carried this weekend that could be used to hurt others.”

There is concern that the anniversary of last year’s terrible, deadly event will draw a “sizable number of people” in Charlottesville for the weekend “with all sorts of agendas,” Ryan expressed.

“While some of them come in peace, others have expressed an intent on social media to do harm,” he said.

Ryan added, “Peaceful demonstrations and protests are obviously acceptable and indeed vital at times. As a university, we are and always will be a place for ideas and debate, including self-examination and criticism.” Nevertheless, the university president explained that “it is important to recognize that we do so with an eye toward enabling people to gather safely to mark the anniversary and to engage in reflection, conversations, demonstrations, and in protest…to stand up for social and racial justice.”

Last year’s rally did not come with conversations and many peaceful demonstrations, however. Rally supporters and counter-protesters screamed, shouted, chanted, threw punches, hurled water bottles, and unleashed chemical sprays on each other that weekend in Charlottesville.

As well, National Guard vehicles stormed through the streets of the college town after a Dodge Challenger was rammed through a crowd of activists in the streets driven by self-proclaimed white supremacist James Alex Fields Jr. of Ohio, who is now facing murder charges in Heyer’s death.

Over the past year, UVA has struggled with the aftermath of the now-infamous event that rocked the country amidst similar protests throughout the U.S. They have protected their campus and the students so far that they have enforced stringent prohibitions of free speech on its grounds. Challenges have been made against its new policy surrounding “expressive activities” after the measure garnered criticism which seemingly instituted a lack of expression on the campus of the public university. Regardless, that is not the only measure attempted to ensure a quiet state of affairs in a town that is forever-changed. 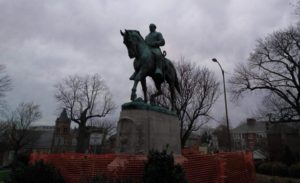 Calls to remove the statue of the Confederate general that was protested over was subdued with an ordinance to place a dark-colored tarpaulin over the edifice. Though, Charlottesville Circuit Court Judge Richard Moore followed up on his earlier ruling, ordering the tarps to come down within 15 days, citing that the City Council decision to cover the war monuments violated state law.

Another development in the rally saga occurred just a few weeks ago when self-professed white nationalist Christopher Cantwell, a man charged in connection with the torch-lit rally that preceded the violent events of the second Saturday and Sunday in August last year, was banned from Virginia for five years for inciting violence.

An increased presence of law enforcement this weekend in Charlottesville tells the tale of how under-prepared the city was last year. Following the broken windows, bloody noses, beaten protesters, and other remnants of violence of the rally, Ryan said that UVA “must do our best to ensure that peaceful gatherings are not interrupted by those intending to harm others or destroy property. We cannot allow our community members to be vulnerable to that threat.” 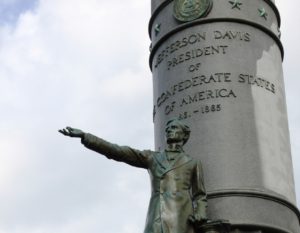 The weekend following the anniversary rally, the groups CSA II: The New Confederate States of America and the Virginia Task Force of Three Percenters, which goes by the nickname “Dixie Defenders,” are scheduled to gather on Richmond’s Monument Avenue between 12 p.m. and 4 p.m. Sunday, August 19, in defense of the monument erected in honor Confederate President Jefferson Davis. The move comes after Richmond Mayor Levar Stoney’s Monument Avenue Commission recommending the removal of the statue following nearly a year of deciding whether to reinterpret or “add context” to the statues.

Although this weekend marks the branding of a red-hued stain on the chapter of Virginia and American history, it is just the next in series of similar events that have happened around the country over the past year or so.

Last weekend, Patriot Prayer and Antifa protesters clashed in Portland, Oregon, and alt-right demonstrators confronted Anti-fascist counter-protesters in a “No To Marxism in Berkeley” rally in Berkeley, California. These are just some of the latest standoffs taking place all over the country.

As these protests and civil disturbances continue, a quote from President John F. Kennedy seems to come into the light as civil discourse has broken down, causing a reverse in citizen reconciliation: “Those who make peaceful revolution impossible will make violent revolution inevitable.”