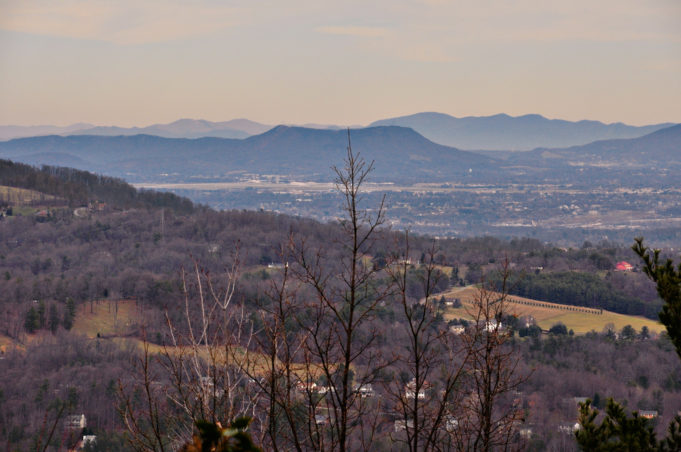 During a Tuesday Virginia Water Control Board hearing, around 150 opponents of the Mountain Valley Pipeline (MVP) showed up to voice their disgust with the construction of the natural gas pipeline being laid through Southwest Virginia. Although they faced fierce pressure to revoke permits, members of the board only pushed for stricter enforcement of state regulations, allowing construction to continue.

The move sent the opposition crowd into outrage, with some in tears and others screaming at the board members as they left the hearing room aided by Capitol Police officers who formed a line across the front of the chamber to keep the angry faction at bay.

The aim of the hearing was to examine whether the Commonwealth of Virginia miscalculated when accepting a blanket federal water quality certification for both the 600-mile Atlantic Coast Pipeline (ACP) and the shorter, 300-mile MVP. The question was if separate reviews should have been conducted of every point at which the projects will cross a stream or river.

During his gubernatorial campaign, Ralph Northam relayed that the Commonwealth should conduct its own review, but the state Department of Environmental Quality (DEQ) claimed that doing so would waste resources and duplicate the federal process. During the hearing, DEQ staff members gave the board a step-by-step presentation on how the federal permitting standards mirror state standards.

After nearly three hours of testimony, DEQ officials defended their work and explained how they were addressing concerns raised by residents in the path of the pipelines, as stated by The Washington Post.

The seven-member board was concerned about photographs and personal testimonies of places where construction is taking place on the MVP that is allegedly leading to severe erosion. Some claim that the erosion has clogged streams and buried some the surrounding areas under as many as 11 inches of sediment.

Under the current law, projects are required to prepare for rainstorms of a severity that might come along every two years and last 24 hours, but staff members have acknowledged that recent frequent wet weather conditions in Southwest Virginia has brought those events far more often.

During construction, any construction of that matter, erosion occurs due to upsetting the natural topsoil and other layers of sediment. For the MVP, precautions have been taken, but there are many contingents that will allow for the restoration of the affected areas where temporary erosion occurs.

According to the MVP’s Storm Water Pollution Prevention Plan, “Topsoil will be segregated in all approved areas of the Project including pastureland, upland forested areas, residential areas, meadowlands, wetlands without standing water or saturated soil, areas requested by the landowner, or where directed by the Environmental Inspector.” Although other areas may see erosion occur during construction, those overseeing the pipeline ensure that “topsoil will be stored separately from trench subsoil and replaced on top of the subgrade during final grading in preparation of restoration,” to mitigate the after effects caused by the disturbing of the ground.

The predicaments surrounding the hazards of construction were relayed by the opponents of the pipeline in attendance during a 30-minute address part of the hearing.

Kathy Chandler, a resident of Bent Mountain, where the MVP is being constructed, said the pipeline is sitting in an unusual “perched aquifer” – a source of groundwater that is above the regional water table.

She added: “Because the pipes are coated with toxic chemicals, ‘you’re putting a Superfund [cleanup site] in an aquifer…That’s not reasonable assurance of water quality for me.'”

According to safety summaries from the MVP, the construction of the pipeline “will comply with all U.S. Department of Transportation Pipeline & Hazardous Materials Safety Administration (PHMSA) regulations during construction.” Furthermore, “Quality steel pipe will be used in the construction of Mountain Valley Pipeline, including adding protective coatings to the pipe during manufacturing.”

As stated in a report citing the potential impacts of the construction and operation of the MVP, the “toxic chemicals” are citied as an industry-standard “epoxy coating over full penetration welds on high strength carbon steel.”

Nevertheless, board member Timothy G. Hayes said: “We can’t have people up there where that’s their only source of drinking water.” He added, “The board needs to know from staff as soon as possible what the deal is up there.”

When board member Robert H. Wayland III made a motion that the panel begin considering revoking the water quality certificates for both pipelines and starting over with a stream-by-stream analysis, Hayes warned that their legal counsel had explained that the board had limited authority to revoke the certification, citing that federal law may allow the pipeline work to continue anyway.

In the end, Wayland’s motion failed on a 3-4 voice vote, according to the report.

The only move from the board, which passed unanimously, was for staff members to share the public’s concerns with federal regulators and to strictly enforce state environmental regulations while seeking ways to apply further standards to environmental oversight.

MVP officials were said to be “pleased” by the decision.

Meanwhile, construction of the ACP in Virginia has halted following the rejection of two federal permits by the Richmond-based Fourth Circuit Court of Appeals. Construction in the two adjacent states which make up the ends of the ACP continues.