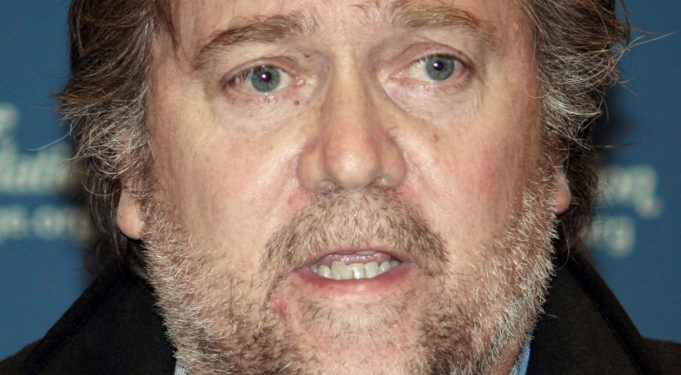 Steve Bannon left the White House last week the same way he entered it – with a series of bombastic threats toward those who opposed him.

Having spent his tenure openly at odds with a wide variety of other senior staffers, he used an exit interview to label himself “Bannon the Barbarian” and discuss his eagerness to use “his [media] weapons” once again.

Most notably, he declared that “the Trump presidency that we fought for, and won, is over.”

Even for someone prone to dramatic statements, that is a pretty ridiculous one.  Yet it does provide an important insight into why Bannon is gone and his fundamental misunderstanding of the Trump presidency.

Unfortunately, it also signals that his upcoming media “war” is one that nobody will win – at least nobody on the Republican or conservative side.

The immediate question is a simple one: why is Steve Bannon so mad?  The president has stuck to the concept of building a border wall, withdrawn from the Paris climate deal and the Transpacific Partnership trade agreement, announced an investigation into Chinese trade practices, and endured a massive wave of criticism for his repeated hesitance to single out neo-Nazi protestors for criticism.

Bannon, who is a fervent believer in a “clash of civilizations” that can only be won through economic nationalism, should be thrilled with each of these stances.  But he is seemingly only content with having every last recommendation followed, both in terms of policy goals and the hyper-aggressive tone he prefers in pursuing them.

He backpedaled somewhat after his initial criticism of the president, saying that his upcoming war would be waged for the president rather than against him.  But it didn’t take long for that to be proven false, as Breitbart ran six simultaneous articles attacking the president’s speech last night about Afghanistan.

Even if Bannon was being honest about focusing on the president’s enemies, that would only work if Bannon’s definition of an “enemy” is the same as the president’s – and it is unlikely that Trump harbors the same kind of loathing for his National Security Adviser, his chief economic advisor, and his own son-in-law that Bannon does.

This differing sense of who the opposition is will inevitably create a dissonance between Bannon’s drive for ideological purity and the administration’s need to get something done after more than six months of legislative misfires.

Instead of focusing on areas where Republicans can gain seats and support, Bannon is almost certainly is going to target Republicans viewed as insufficiently hardline – just note the recent Breitbart coverage of Jeff Flake, for example – an approach which drains money and energy and time away from campaigns against vulnerable Democrats.

The underlying problem is that Bannon never viewed Donald Trump as his own man with his own spin on nationalism, instead insisting that Trump was merely “an imperfect vessel” for Bannon’s own philosophy.

But while Trump took many pages from Bannon’s playbook, he never took the whole thing, casting himself more as a savvy dealmaker than the fist-raising, “clash of civilizations” revolutionary that Bannon has long dreamed of.  Trump would rather sit down with the civilizations over dinner at Mar-a-Lago and make the “world’s greatest deal” than oversee some kind of clash between them.

By failing to understand that, Steve Bannon never realized that a mere portion of what he wanted was the most he would ever get.  People chose Donald Trump – or at least didn’t choose Hillary Clinton – rather than embracing Bannon’s worldview, and his campaign-style approach of relentlessly attacking enemies is unsuited to the collaborative challenge of actually running a country.

Looking back, it is unlikely Bannon’s time in the White House could have ended any other way, and he himself said that he expected to only spend a year in the position.

Yet if Steve Bannon remains angry at everyone else for not being as angry as he is, the result is not going to be the revolution he seeks – it will be continued paralysis and more of the infighting that has made Americans increasingly cynical about politics in the first place.