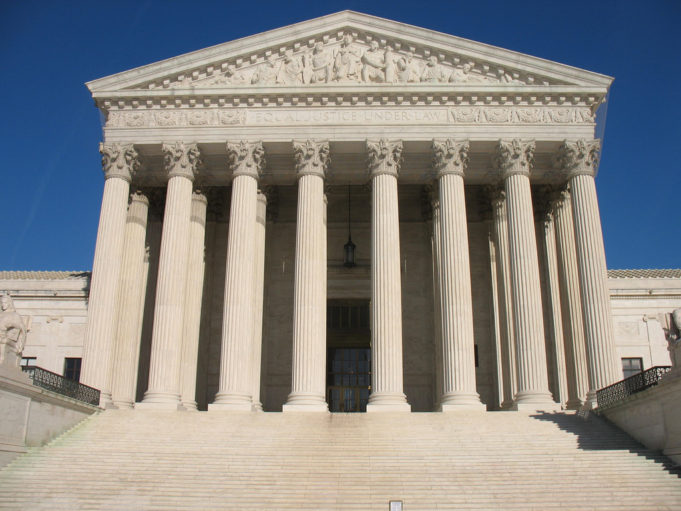 Virginia may be subject to a new lawsuit as the federal government has pressured the U.S. Supreme Court to rule on the Commonwealth’s long ban on uranium mining. The AP reports that federal attorneys, in conjunction with the U.S. Nuclear Regulatory Commission filed an amicus brief on April 9 to have a challenge on the ban heard.

The Pittsylvania County-based Virginia Uranium Inc. is looking to mine a massive deposit of the radioactive ore, thus seeking to end the mining ban that began in 1982. The company has argued that the federal Atomic Energy Act (AEA) pre-empts state regulations, which prohibit the mining.

“I can’t believe that…I thought that whole thing was just going to die out,” said Pittsylvania County Board of Supervisors Jessie Barksdale, according to godanriver.com.

The local elected official lives in an area that is still dotted with signs stating “ban uranium mining” and “no uranium mining” that serves as proof that the contentious battle between citizens and business interests still exists.

A decision upholding the ban from the 4th U.S. Circuit Court of Appeals ended with a split decision last year stating that Virginia was the “paramount protector” of its minerals. Nevertheless, the new amicus brief filed earlier this month claims that the decision was incorrect.

The lawsuit’s central question is whether the AEA preempts the Virginia ban on uranium mining, which is has its foundation in, “radiological-safety concerns about related activities that are federally regulated under the AEA,” according to the brief.

There have been attempts at lifting the ban since the early 2000s when deposit owner Walter Coles Sr. and Virginia Uranium Inc. began lobbying for repeal of the ban. In 2013, several pieces of legislation were introduced in the Virginia General Assembly to lift the moratorium, but all failed to be passed.

Although opponents of uranium mining claim digging for the material and subsequent storage will threaten river, streams, and the watershed, the company says the radioactive ore can be mined safely without harm to the public or the environment. Though, such an operation would be brand new to the state and the eastern half of the U.S.

A complete uranium mining operation has never been carried out on the East Coast of the U.S. Throughout the world, most uranium mining is actually done in arid regions where drinking water contamination is not an issue.

The company also argues that the operation would bring in revenue and new jobs for the struggling region, estimating the value of the deposit at over $6 billion.

“In my community, we’re all still against [uranium mining],” Barksdale said. “If there is any opportunity to speak out against it, any meetings or anything like that, you can count on me to be there.”