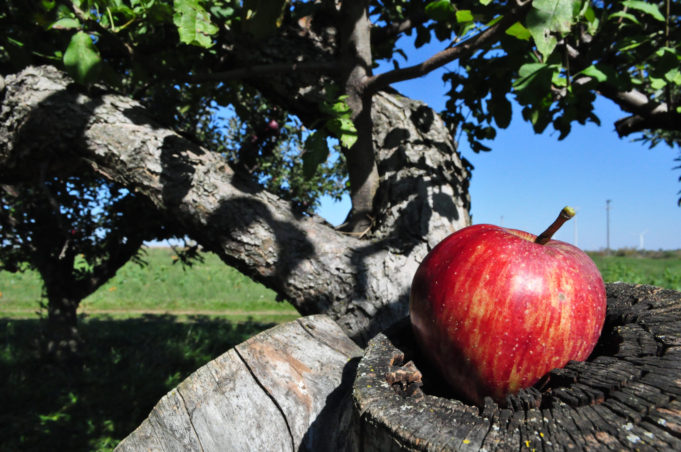 With agriculture being Virginia’s number one private industry, many farmers are starting to feel the stress of retaliatory tariffs from U.S. trading partners. In the northwestern corner of Virginia, thousands of rows of apple orchards paint the landscape of the Shenandoah Valley green and pink when the blossoms bloom in the spring, then red and yellow in the autumn months during harvest time. Typically, the harvest brings in big bucks, but after tariffs on apples have been set by foreign countries, it is going to take a bite out of the business of local apple growers.

Frederick County has 5,114 acres of apple orchards, according to a report from The Winchester Star, which cited the 2012 Agriculture Census. This means the county produces the most apples of any county in Virginia and the 14th nationally, making the state the nation’s sixth-largest producer of apples.

Washington state – the largest apple producer in the U.S. – sells nearly all of its apples to India, Canada, and Mexico, all which have placed tariffs on the goods. Therefore, the state would be forced to sell more and more apples in the American market, creating a strain on local growers who sell primarily domestically, especially for farmers like Glaize.

With a surplus of apples in the American market, prices will decrease, upsetting the financial bottom line for small farmers. The export balance being disrupted compounds other problems within the industry like issues with labor.

“We can’t survive beyond a couple of years of low prices,” Glaize said. “Washington grows so many apples. We need those apples to be exported.”

“You can’t make money doing this anymore…I just don’t see any way out of it now,” she said.

Although the orchard’s apples are mainly sold to processors to make apple sauce, apple juice, and other manufactured products, they are less likely to feel an immediate drop in profit margin. It does, however, create an overabundance in the market that will lower the market price at which she can sell her apples.

Frederick County’s soybean crops have also been hit by tariffs, Virginia’s top exported crop, with the largest purchaser being China. Brazil has ramped up its growing of soybeans and China is also expanding its domestic production following increased duties.

Following the upset in the market, the Trump Administration announced last week that it would plan for a $12 billion bailout for farmers hurt by the tariffs beginning in September. There have been many speculations that the federal funds are mainly going to key electoral states, so it is unclear how much will be going to the local apple producers in the northern end of the Shenandoah Valley.