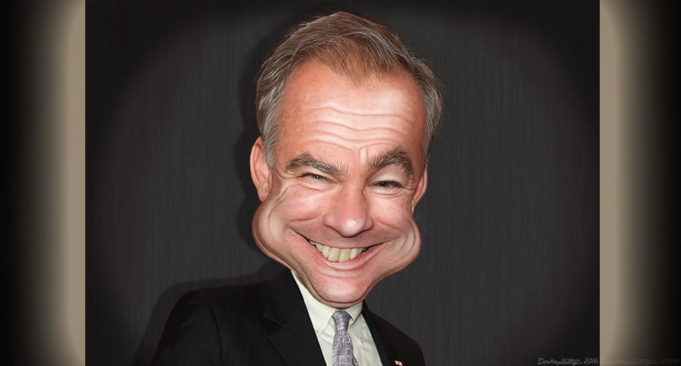 The battle to solve the epidemic of mass shootings in the U.S. rages on, but the only resolution involves either taking away guns, or giving more out. A vast majority of people are screaming gun control as the only means necessary to mitigate mass shootings and save America’s youth, but few are talking about the real cause of societal change, which is fatherlessness.

Senator Tim Kaine (D-VA) hosted a round table discussion this week regarding his legislative response to the increase in mass shootings. Following the Parkland, Florida shooting, Kaine claims he will support as many bills as possible to prevent mass shootings in the future.

At the event, organized by Moms Demand for Gun Sense in America, Kaine explained that more school shootings and mass shootings will not be prevented by one bill being passed in Congress. He claims it will take a “series of steps” involving both parties in Washington to meet in the middle for a resolution. Currently, the senator is working on legislation that will restrict purchases on assault weapons, also saying there is an unhealthy imbalance between mental health and easy access to weapons, according to a report from NBC 29.

Let’s not kid ourselves. School shootings, mass shootings, and gun violence in general is not because guns are available – they are just tools that express feelings.

Those who shoot up schools, concert venues, and low-income neighborhoods in Eastside Chicago are doing it because they are angry, not because they own a gun. However, no official, or advisor, or activist can admit the cause of this anger.

The breakdown of families over the past few decades has societal consequences. The number one issue that no pundit in the mainstream media or politician in government wants to acknowledge in the discussion over violence in America is fatherlessness.

Warren Farrell, author of The Boy Crisis, acknowledges the notions of fatherlessness and its ties to the underlying cause of school shootings and other mass casualty events. Warren claims the rise in shootings over the last two decades is caused by, “either minimal involvement with Dads, or no involvement with Dads.”

In a report from PJ Media, the issue of fatherlessness is, “common to Adam Lanza, Elliott Rodgers, Dylan Roof, and Stephen Paddock,” all perpetrators of mass shootings. In the case of Nikolas Cruz, the 19-year-old shooter in Parkland, he was adopted at birth. His adoptive dad died when Cruz was much younger, “and doubtless the challenges of this fatherlessness was compounded by the death of his adoptive mom three and a half months ago.”

However, the fact that he had an AR-15 seems to be the main topic of conversation among nightly news cycles. Over the course of the latter half of the 20th century and into the modern era, nothing about guns have changed – society has changed.

According to the Census Bureau, only 69 percent of children live in a home where there are two parents, down from nearly 90 percent in 1960. Divorce rates have skyrocketed as one in two marriages fail and subsequent marriages fail at an even higher rate. Nevertheless, children being without their fathers is something that is not seen by those high in media or government as a problem.

The root of fatherlessness is bifurcated. Culture’s dismissal of men as valuable human entities via the rise of “toxic masculinity” has thrown out the notion of fathers who have something unique to offer. The ridiculous claims by radical feminists that a patriarchal social construct in the family has completely destroyed the fact that a solid family leads to a stable childhood.

Secondly, it is the dismissal of marriage as an institution vital to the health and well-being of children. In a Fox News article, the definition of marriage has been construed. Marriage is seen as only being about the emotional fulfillment of adults. However, marriage is also about the needs of children.

Commentary revolving around gun control does nothing to intercede on the problems Americans are facing at the dinner table or in the household. Gun control laws only restrict access to the tools used to express one’s anger.

The solution is father involvement. Getting fathers involved in Parent Teacher Associations (PTA), changing the culture of fathers to forego careers more important than family, fathers being more involved in boy scouts, coaching sports, and being responsible for duties in and around the household will change the issues behind the most violent individuals.

Fatherlessness does not fit the narrative propagated by the media – it never will. Though, no one can deny that the issues of drug and alcohol abuse, mental illness, gun violence, generational poverty, crime, and lack of educational advancement strikes those worst whom do not have a solid family foundation.