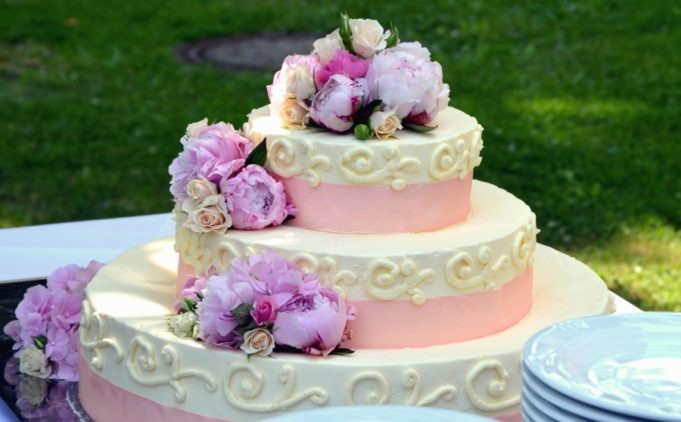 The Supreme Court heard arguments recently in the case of Masterpiece Cakeshop vs Colorado Civil Rights Commission, the (in)famous cake episode in which Masterpiece Cakeshop was compelled to create and sell a cake to a same-sex couple seeking to have their union recognized as a marriage.

The legal theory set forth by the petitioners (Masterpiece) was pretty clear: compelling an artist to create and sell a work of art violates free speech. The initial line of questioning by the justices centered on the hypothetical “off-the-shelf” cakes. Would Masterpiece be required to sell a non-customized cake to the same couple?

The reply from Ms. Waggoner (Masterpiece’s attorney) emphatically stated she has no problem with Masterpiece Cakeshop being compelled to sell their pre-made inventory. “Under our theory, he would need to sell that cake because he’s already created that cake with the message that he intended for it, but we are drawing the line prior to the compulsion — there can be no compulsion of speech.”

Justice Ginsberg wanted to be sure. To Ms. Waggoner, she asked, “You are not challenging his obligation to sell his ordinary wares, his, as you put it, already-made wares?”

“Not at all,” Ms. Waggoner replied, “And, in fact, Mr. Phillips offered the couple anything in his store, as well as offered to sell additional cakes, custom cakes, that would express other messages.”

I am sure there are all sorts of legal precedents and case law and common law that led to Ms. Waggoner’s theory that compulsory commerce is just fine when the property is in inventory, but not just fine when it is not. And while I agree there is a difference between the two, I don’t agree that Masterpiece Cakeshop – or any person or corporation – should ever be compelled to buy another person’s money by selling their goods or services. I honestly don’t care what the current statutes are, what the case law says, or what other legal precedent there is.

The petitioner’s argument was met with pointed questions, drawing comparisons of their arguments to those of race and other characteristics. If Masterpiece may not be compelled to create a product for a same-sex ceremony for religious reasons, why couldn’t it refuse to create a cake for an interracial marriage on the same grounds? Olympic-caliber legal gymnastics were employed to distinguish between the two cases, but I’m not sure the justices were convinced. I’m certainly not.

But that’s beside the point. The entirety of the arguments – the petitioner’s struggle to define a clear line of distinction as to why it is wrong to compel businesses to create a product for a same-sex union, but not wrong for an interracial one – rested on existing case law, the definition of speech, and legal precedent. Natural law or self-evident human rights was never given its appropriate appeal.

Now I know that I am not qualified to discuss the practice and execution of the system of justice called “legal positivism” – that worldview that admits the law (not the ethic of the law) is sufficient to administer justice; or put more simply, that The Law is a social construct. I may not be qualified to discuss its systemic practice, but I am qualified to judge its philosophical merits.

American courts have increasingly relied on this legal philosophy over the past two centuries, and I contend our system of justice and our national ethic are not the better for it. It is precisely this worldview that allows what is legal to be therefore called ethical, and what is not legal to be therefore called unethical. This is an existentialist cop-out, one that refuses to acknowledge universal and objective morality, and is allergic to a systemic commitment that strives toward conforming justice unto an ultimate ethic.

If the arguments of legal positivism are valid and true – that The Law is a social construct – then that means that Justice and Injustice are likewise social constructs. This likewise means that while we can admit particular and relative injustices or instances of justice, we could never admit ultimate Justice or even define objective Injustice.

I am not saying that the state may not interfere with commerce, that proprietors should be allowed to create and sell whatever to whomever they want – selling a nuclear weapon to a foreign enemy, for example. That is commercial anarchy, and not a principle of liberty or objective morality. I am a firm adherent to the principle of liberty that “everything which is not forbidden is permitted.” The state may forbid commerce, but it should not compel it, irrespective of “protected” civil characteristics.

Certain private businesses might choose to discriminate wholesale on race, gender, national origin, or sexual orientation – but social customs (as well as the economic consequences of purposefully excluding potential markets) would submit those outliers to protest, boycott, and ridicule. This is not the same as Jim Crow, which was state-sponsored discrimination setting parameters on market forces, not private discrimination completely subject to the market forces.

Another issue I have with this case is that it rests on the definition and application of “speech” under first-amendment protections. I agree that artistic expression can be an implicit form of speech, but I question whether the Congress that adopted the Bill of Rights would have meant to imply such a thing. The documentary history (including the plain definition of “speech” in 1789) shows that “speech” was meant to apply to actual spoken words or arguments – most probably to forbid Congress expressly from creating laws that would punish state assemblies for criticizing the federal government in debate.

I believe the petitioner’s argument would have been better articulated using the Fifth or Fourteenth Amendments, specifically, that no person shall be deprived of property without due process of law.

Because the state may interfere with commerce, I don’t believe this is an issue of liberty; but though the state may justly interfere with commerce by forbidding transactions, the state is not just to compel the wholesale deprivation of property. Make no mistake – the cake, the ingredients, the oven, the real estate, and the effort required to make the cake is all the property of someone. The petitioner would only need to prove that the labor required to create the cake is indeed the property of Masterpiece Cakeshop, and that such labor was unjustly and compulsively deprived by the state.

By requiring a merchant categorically to purchase currency with his labor and produce from anyone who offers it, the state is also unjustly denying the merchant equal protection to that of the consumer. Consider if the roles were reversed – if a merchant could compel a consumer to purchase his goods and services with their currency.

Consider the customer who visits a jeweler and makes known he has one thousand United States dollars for sale. Would there not be a national uproar if the jeweler and the state forced the customer to sell his currency for a diamond ring – even if they both considered the ring valued at or near $1,000? The customer would demand protection – the protection from being deprived of his property, and the protection of his liberty to abandon the transaction at any time.

Compulsory commerce – whether against the merchant or the customer – violates what I consider to be the most basic law of commerce: that in each transaction, every party is both the buyer AND the seller. The jeweler buys currency by selling his product; the customer buys jewelry by selling his currency.

And while there may be precedent, case law, or statutory regulations that protect the consumer more than the merchant, the defense of those justifications are again based on a foundation of legal positivism that claims Justice and The Law are nothing more than social constructs. In other words, those laws are objectively no more just than laws socially constructed to protect the merchant and compel the consumer. Imagine if you will the laborer compelled to provide his or her services in exchange for the currency of food and protection.

As a society we should reject the pluralistic philosophies of law and ethics. Pluralism amounts to nothing more than relativism, and with no objective ethic to guide our system of justice, we would be wise to remember that the swords of the state can be turned instantly to make foes of its yester-friends.