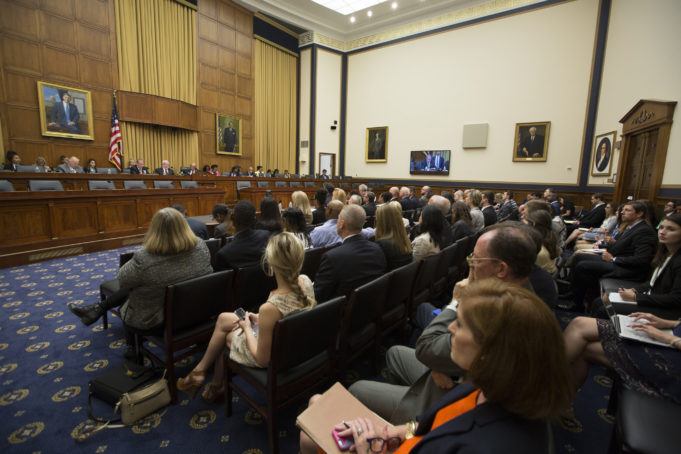 The move comes after intense, subversive private messages were revealed between Strzok and his mistress, FBI attorney Lisa Page.

A report from Politico stated that the Virginia Republican has formally notified his Democratic counterparts of his intent to subpoena the FBI agent. Now, a clock has been started on a two-day waiting period before an official subpoena is submitted, per committee procedures.

Horowitz’s investigation found that although Strzok’s political bias against President Trump has harmed the FBI’s appearance of neutrality, there is no evidence that his bias changed or altered the decisions made in the bureau’s probe into Clinton’s use of a private email server while she was Secretary of State.

One of the findings from the IG report was a text message exchange between Strzok and Page in the days after the start of the investigation into Russia collusion in the 2016 election when they said they suggested “we’ll stop” Trump from taking office. Horowitz concluded that Strzok did not take action to fulfill his alleged mission, but it did indicate a “willingness” to use his role at the FBI to act in ways that would appear to be politically biased.

Via attorney Aitan Goelman, Strzok has fiercely denied the IG’s conclusions, claiming that his FBI colleagues had all vouched for his integrity and that his private messages were being twisted for political purposes.

On Thursday, Goelman released a statement saying: “Every witness asked by the OIG [Horowitz] said that Strzok’s work was never influenced by political views.”

Strzok was the FBI agent that initially helped open the bureau’s investigation into the Trump campaign’s alleged Russian contacts. For the better part of a year, the president’s allies in Washington have been waiting to bring the embattled agent to testify at the Capitol.

“If this was in a court of law, they would throw this case out,” House Majority Leader Kevin McCarthy (CA-23) said Friday morning. “I think the Mueller investigation has got to stop.”

The report from Horowitz now gives new life into what has been only political fighting in Congress. Although an official subpoena may not be issued until next week, Strzok may finally have to face the House Judiciary Committee to answer for his integrity at the FBI.