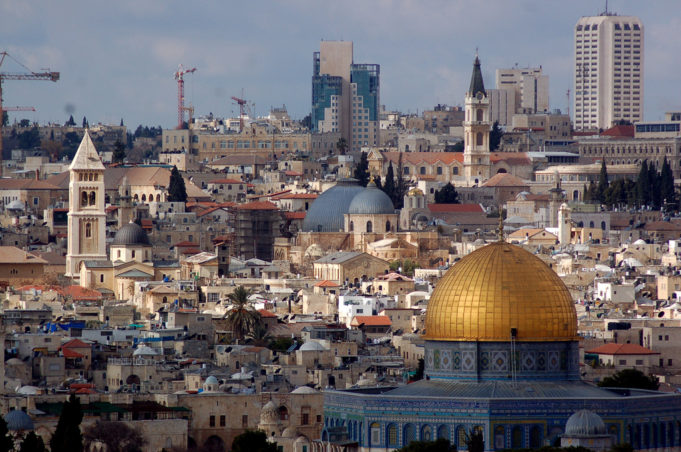 In furthering the mission for peace in the Middle East, President Donald Trump’s regional negotiating team will visit Israel, Egypt, and Saudi Arabia next week as it looks to finalize its yet-to-be unveiled Israeli-Palestinian peace plan, also holding talks on failing conditions in the Gaza Strip. Looking at a possible release of the plan this summer, the National Security Council (NSC), in conjunction with White House senior adviser Jared Kushner and special representative for international negotiations Jason Greenblatt, will discuss, “‘the next stages of the peace effort’ and get ideas from regional leaders about ‘remaining questions the White House peace team has.'”

Although there is no planned excursion into the embattled Palestinian territories as the prospect of Palestinian interest in the peace proposal appears bleak, the NSC has left room open in case of a change, according to a report from AP. Peace talks have been left at a contentious standstill with Palestinian leaders removing all communications ties from U.S. officials, claiming Trump has a clear bias towards Israel.

Late last month, the Trump Administration was looking to release a Middle East peace contingent after the Muslim holy month of Ramadan ends later this week. However, that timeline appears to have been pushed back to at least August.

The Kushner-Greenblatt envoy comes at a particularly antagonistic time in the history of U.S.-Palestinian relations, which deteriorated further after the White House recognized Jerusalem as Israel’s capital and moved the U.S. embassy to the holy city from Tel Aviv.

Recently, Palestinian veteran chief negotiator Saeb Erekat accused American diplomats of acting as “spokespeople” on behalf of Israel and deifying all the efforts to craft peace with Israel’s neighbor. However, on Sunday, Greenblatt blasted what he called “false claims,” stating that the official’s “angry rhetoric” has done nothing to help bring the peace process to fruition.

Greenblatt wrote in an op-ed to Israel’s newspaper Haaretz that Erekat’s claims, “were in many respects simply inaccurate.” Entitled: “The Palestinians Deserve So Much More Than Saeb Erekat,” he even suggested it was time for Erekat to step down from his position.

Erekat had condemned the U.S. for the embassy move noting it occurred amid violence along the Gaza border, in which dozens of people were killed during a rally led by the Islamic extremism group Hamas. The Palestinian official, in a retaliatory op-ed to Haaretz, said, “It has become quite evident that the current U.S. administration has become the main campaigner for Israel in crushing Palestinian national and human rights.”

Greenblatt denounced the commentary, saying that Erekat’s claims are based in, “hateful and false words.”

“For far too long, the United States has turned a deaf ear to such words, but ignoring hateful and false words has not brought peace and it will never bring peace,” he wrote.

In speaking about the violence on the border following the U.S. embassy relocation, Greenblatt said, “While some protesters were peaceful, many were quite violent. In fact, by Hamas’ own admission, more than 80 percent of those killed were Hamas operatives.”

While the Trump Administration is seeking peace in the Middle East, they will have to deal with the opposition that, as what happened when the embassy was moved, were actually part of Islamic fundamentalist organizations. Unfortunately, those in the Middle East that are working against the America’s attempts at better relations in the region are clouded by there own reticence towards Western ideals that could allow for the proliferation of peace.